Battlefield 5’s big new patch is out today, kicking off the second Tides of War chapter.

Before the Lightning Strikes chapter itself goes live later this week, Battlefield 5 players everywhere are getting a major new patch, the game’s first in 2019.

DICE published an eight-page document [PDF] containing the full set of changes, tweaks, fixes, and everything else coming to the game today.

Like we did with Battlefield 5’s Overture patch in December, we’ve rounded up the biggest, most impactful changes most players will see after taking the patch. The comprehensive list can be found at the link above, but for those of you short on time, read on below. 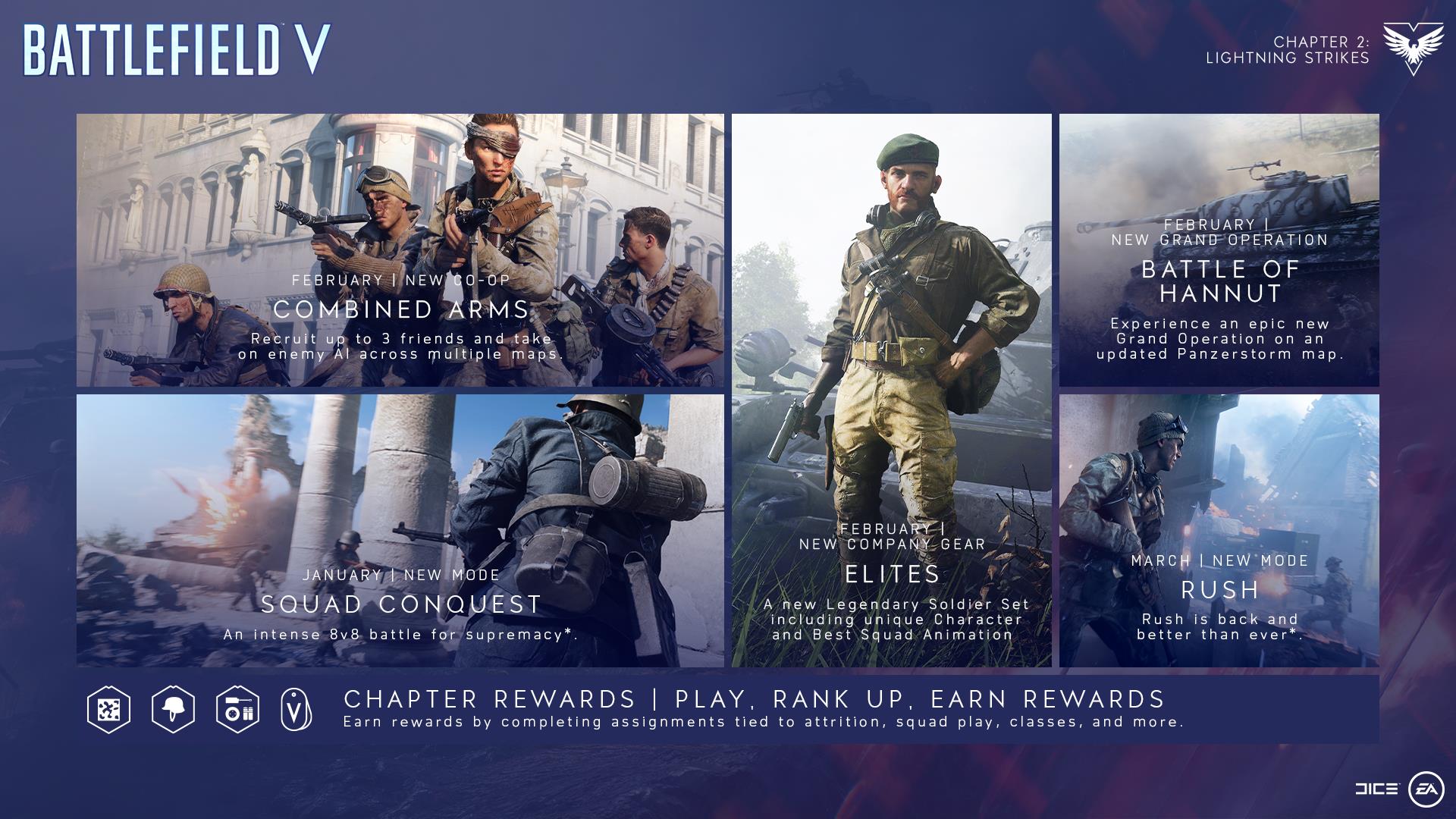 First, a few major highlights. The Lightning Strikes update is buffing SMG performance at range to better allow Medics to compete at medium ranges. This is a blanket change, and it means SMGs will generally be easier to control at range without loosing their hip fire advantages.

On the subject of balance, the Panzerfaust is now less powerful against armour. Tank shells should now also do slightly more damage to infantry, especially when destroying their cover in the process.

The time-to-death experience (TTD) is being improved in a few key ways. Outside of several bug fixes with inaccurate hit indicators and damage stacking, the update should make it easier to understand how you died, and more clearly see your killer.

Vaulting animations in many situations have been made less wonky, and more consistent. Finally, the update makes it so the size of the scope glint varies depending on the power of the scope equipped.

Weapon and gadget fixes and tweaks