There are a bunch of reasons why I’m looking forward to Metro Exodus.

The Metro series drips with tension, atmosphere, and character. The games are brilliantly paced and combine claustrophobic thrills with dangerous open expanses, as well as tight gunplay mixed with bizarre supernatural elements. They also aren’t afraid of touching on real world topics and letting us batter fascists.

Exodus is pushing the series forward by taking the adventure out of the tunnels and into the world. You’ll explore these new lands by snaking through the unexplored aboard the Aurora, a heavily modified steam locomotive. This is good because it’s a proven fact that trains make a game better. It’s science. 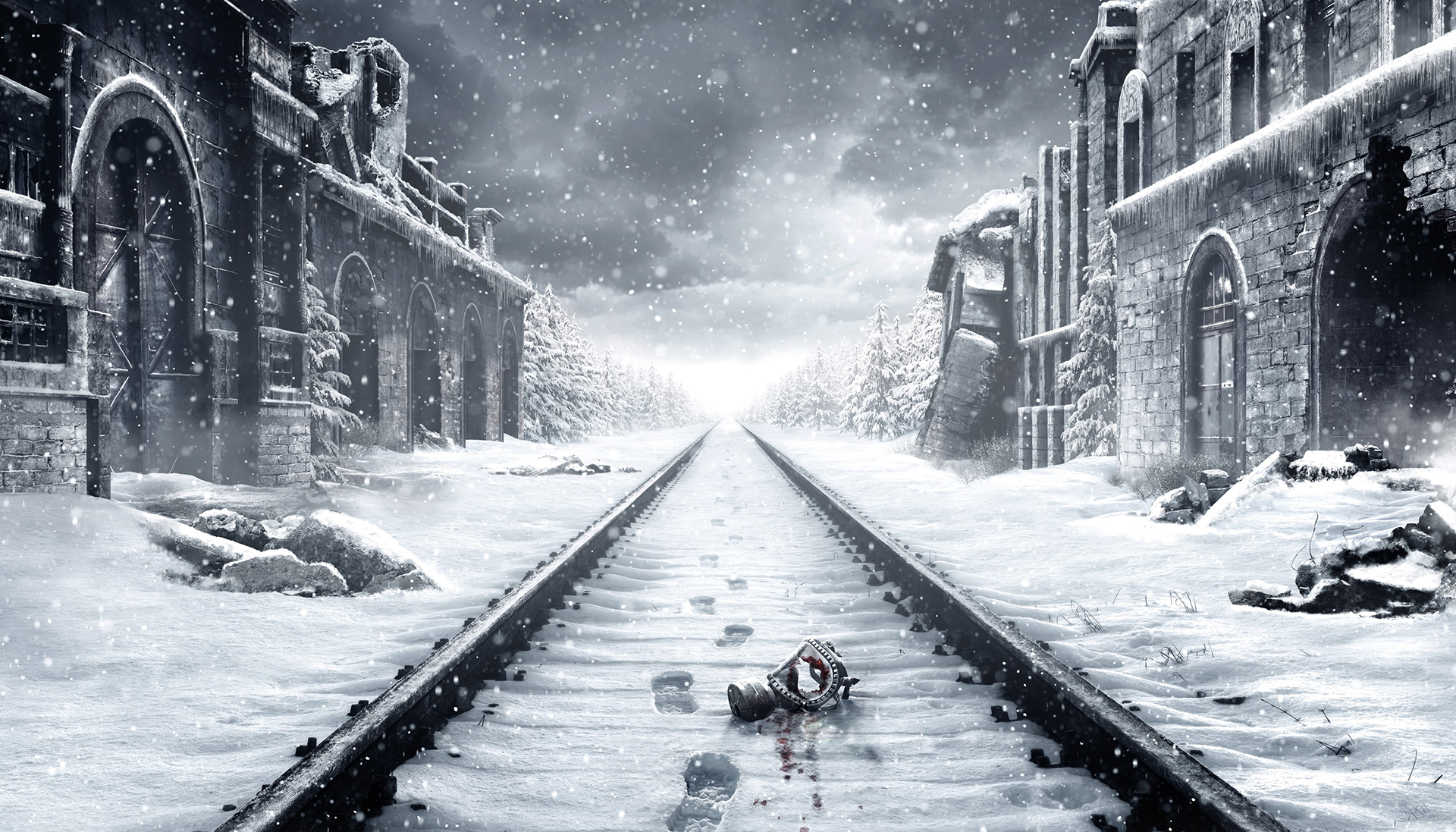 I’m 100% serious. What are your favourite moments from the Uncharted series? I bet at least one of them involves a train. Half-Life 2 is an all-time classic and the game begins on a damn train – it’s an opening sequence that establishes the world by showing it off in brief glimpses. This sequence went on to become a standard establishing shot for other first-person shooters for some time. Even Red Dead Redemption saw it as a fitting way to kick off.

Gears of War flipped the train-based intro on its head and used it as an exciting way to end the game. It fluffed it a little with a terrible end boss, but the lead up was good. Why was it good? Train.

In Red Dead Redemption 2, trains play an even bigger role. There are a handful of missions built around locomotives – including one of the very first – asking you to chase them down, hold them up, or fight across carriages as they speed across the open expanses. They also play a big part in the open world itself, adding an emergent element that you can hijack and hold up. You can even drive the things and pull on the whistle. Choo, choo, motherfucker. 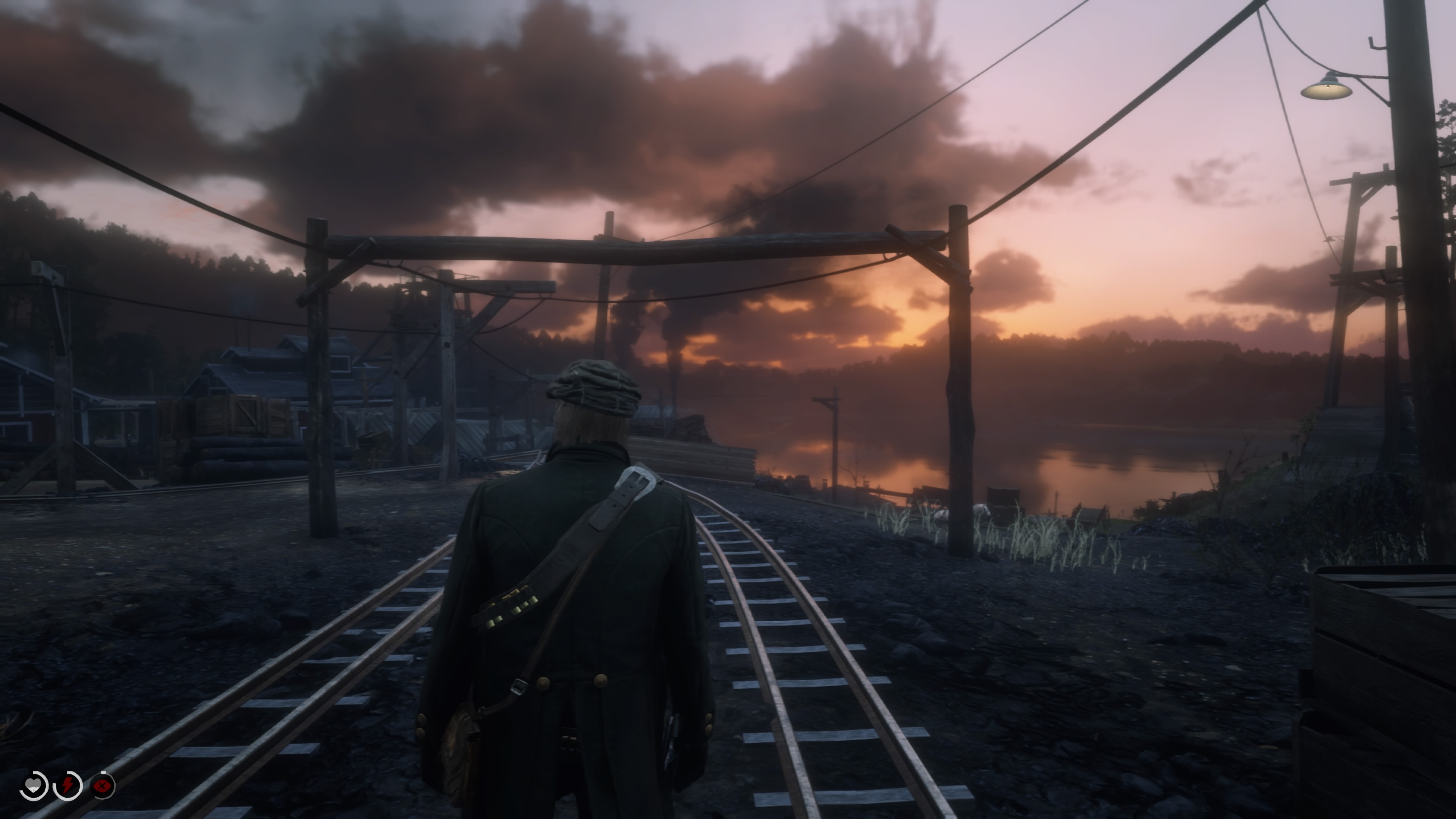 So, what is it about trains that lend them this power to elevate a video game? First off, trains kind of drive themselves and they go along a predetermined route, which is a perfect fit for our medium (and also a metaphor for certain video games). They also act as a moving level.

The actual level design – at its most basic – might be a straight line, but the changing environment can add a dynamism to the setting. One minute you might be circling a snowy mountainside, then, suddenly, you head through a dark tunnel, and you pop out the other side into a verdant plain.

There are also a few ways you can jazz that level design up. A train carriage has a passage to fight through, but the seats also act as handy cover, allowing you to push forward. If your game features melee combat, you can also take advantage of environmental takedowns, drowning enemies in toilets, smashing their heads off poles, or bringing down a seat tray directly on their face. Meanwhile, the roof acts as another optional route with its own dangers and benefits. There’s a risk of falling, as well as being hit by low-hanging signs and tunnel entrances. Perhaps these environmental threats will force players to dangle from the sides of the carriage, adding another tactical crinkle.

One of the best games to capture the versatility of a high-speed metal tube is Splinter Cell: Pandora Tomorrow. This tasks you with infiltrating a moving train. Light and shadow force you to consider your next move, sometimes prompting you to shimmy across the side of a carriage or to dangle from the piping underneath, inches from the track, to avoid detection. A real sense of speed makes it feel suitably terrifying.

You creep through cargo rooms and pass civilian carriages, avoiding any onlookers lazily peeking out of the window, using cues such as yawning to make your move. The heavy presence of civilians cleverly forces you into making progress tentatively.

I can’t think of a single instance where a train in a video game has made the experience worse. Even the Skyrim Thomas the Tank Engine mod is proof of this universal rule. So let’s put more trains in games. Let’s see what else we can do with the concept outside of what’s been established. Metro Exodus’ mobile base sounds like a good start, but there’s so much potential to tap into, particularly in multiplayer games where static arenas still reign supreme.