The studio CEO behind The Mad Box has shared concept designs and a ton of details on Twitter.

Last week, Slightly Mad Studios – developer of Project CARS 2 – announced that it would be joining the world of console manufacturers with company CEO, Ian Bell, tweeting about the upcoming hardware, The Mad Box. Today, Bell shared several concept images on his Twitter account, asking for community feedback on the designs, which you can take a gander at below.

Bell mentions that the internals in some of the pictures have been blurred, as the studio is “still in discussions.”

He shared four concepts in total, but described the first one as “garish,” saying that Slightly Mad will “probably tone it down” for launch.

“I’d have it in my living room, I’d celebrate it. We should be proud of our gaming boxes! I just don’t think the whole of the potential market would have it in their living rooms. Hence it being a WIP concept build. We’ll watch the response metrics and act accordingly,” he added.

Additional tidbits about this specific console design includes a “one press deployable carry handle,” with a few different variants on display in the fourth gallery image. Bell explains that the large flares at the bottom “have heat dissipation and speakers built in,” and while any or all of these concepts are subject to tweaking or outright scrapping, “it’s all about getting the ‘M’ out there.” This particular console design “isn’t centred due to circuit board and storage placement.”

Current specs suggest that The Mad Box will be “very light”, and will be capable of wirelessly syncing with other Mad Boxes. Bell explains that the first design concept in the gallery houses “the antenna and communications equipment” in the handles.

In terms of size, the console will be “equivalent to the competition in terms of dimensions,” and on the price front, Bell has made it clear that early adopters will be coughing up more cash, with the price of the hardware dropping as sales increase, although it will “be competitive.”

The studio is currently contemplating “digital only” right now, with Bell pointing out that none of the mock up images include a DVD slot.

From the back and forth on Twitter, it seems that the studio has a partner for the controller, which is in “heavy development” and will be shared “when it’s ready.” 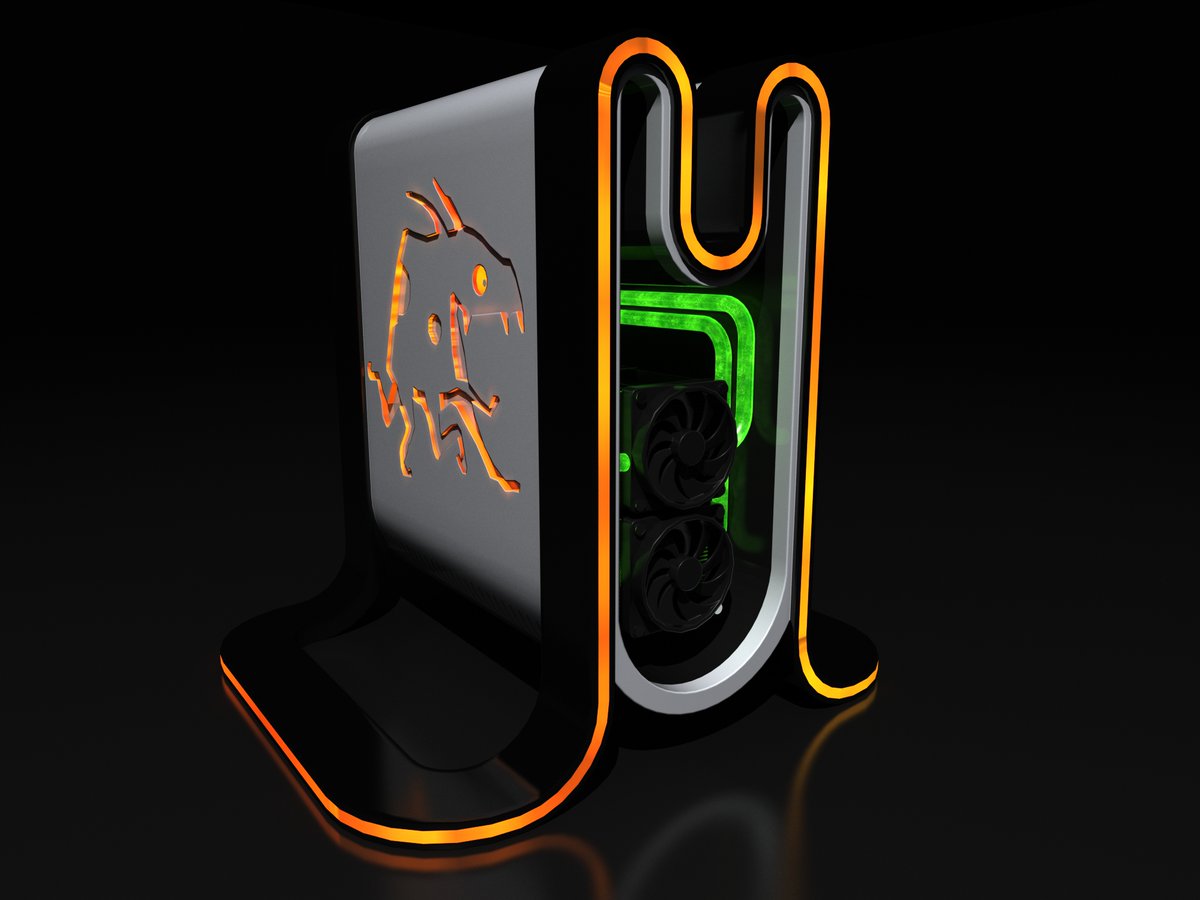 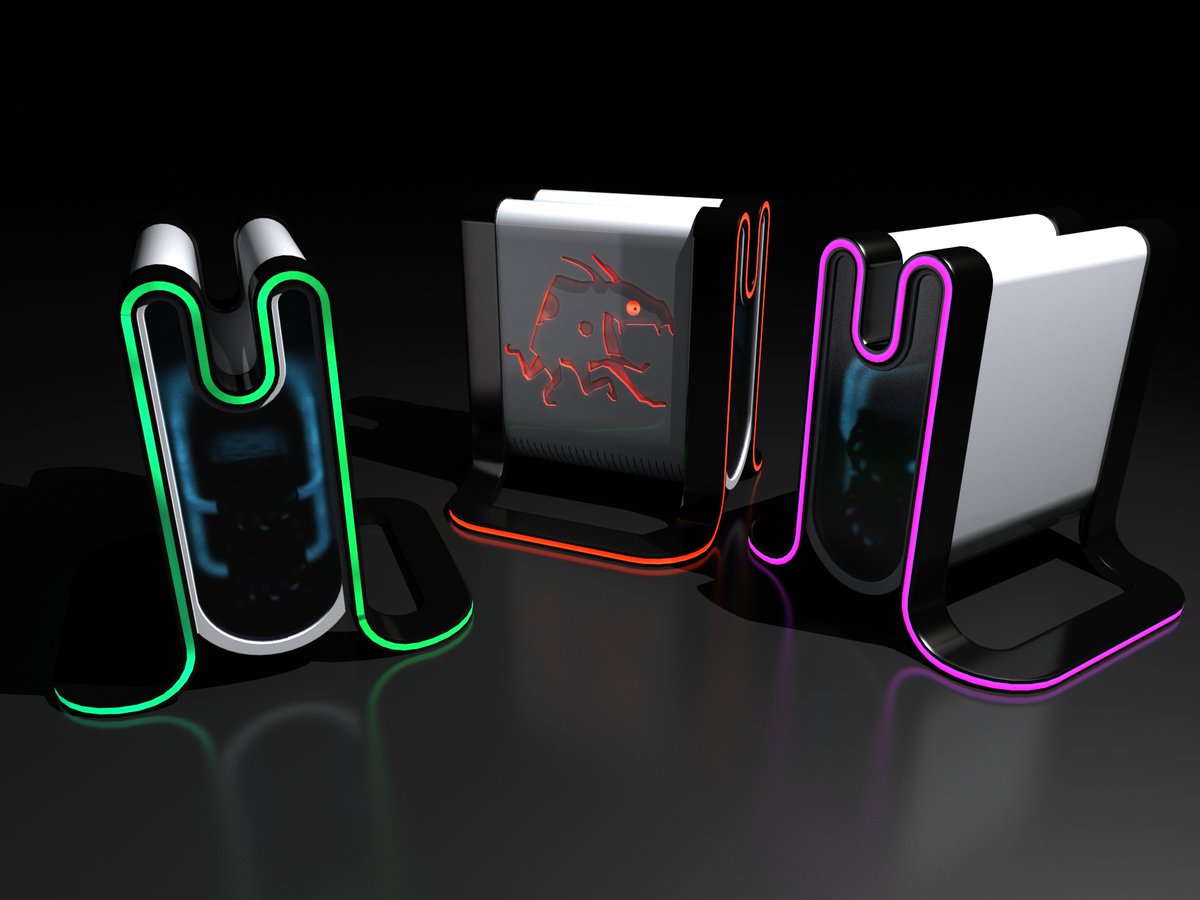 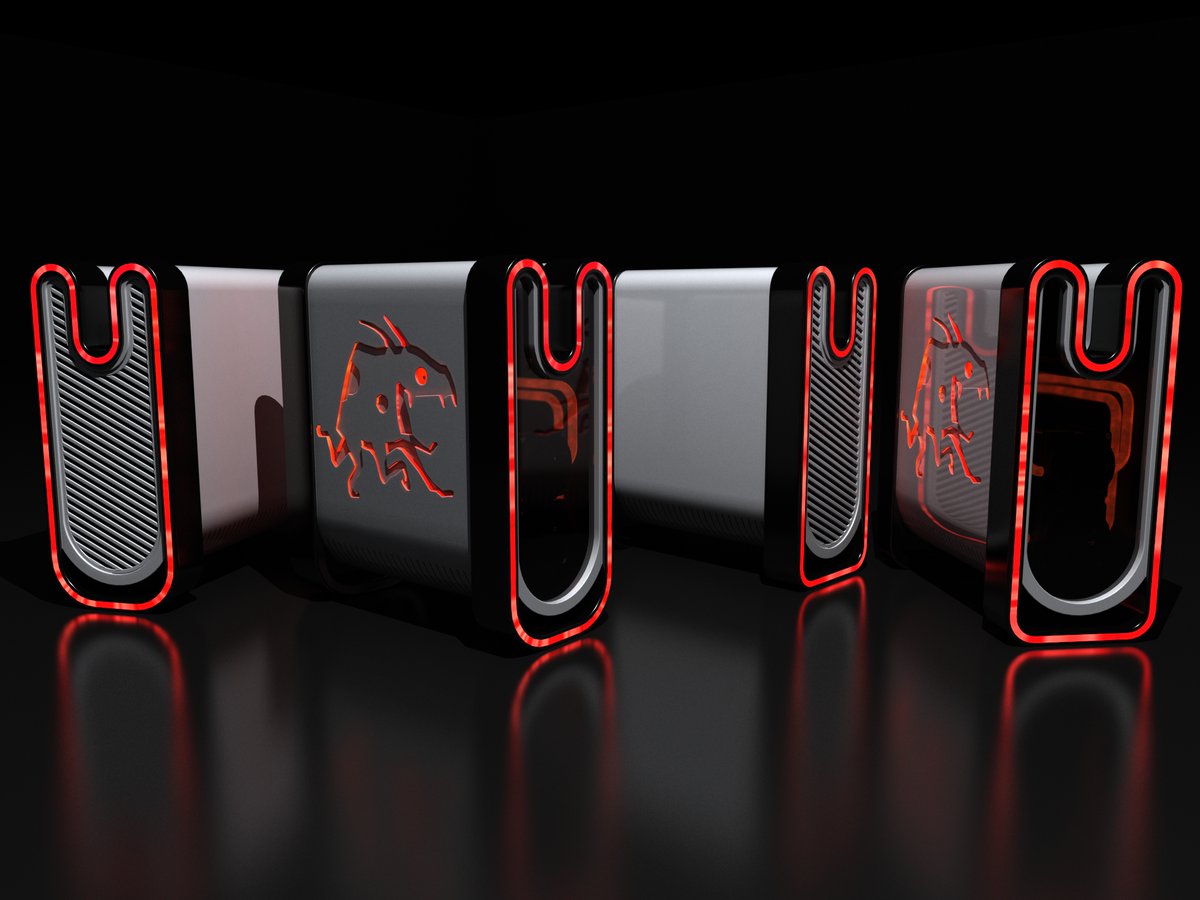 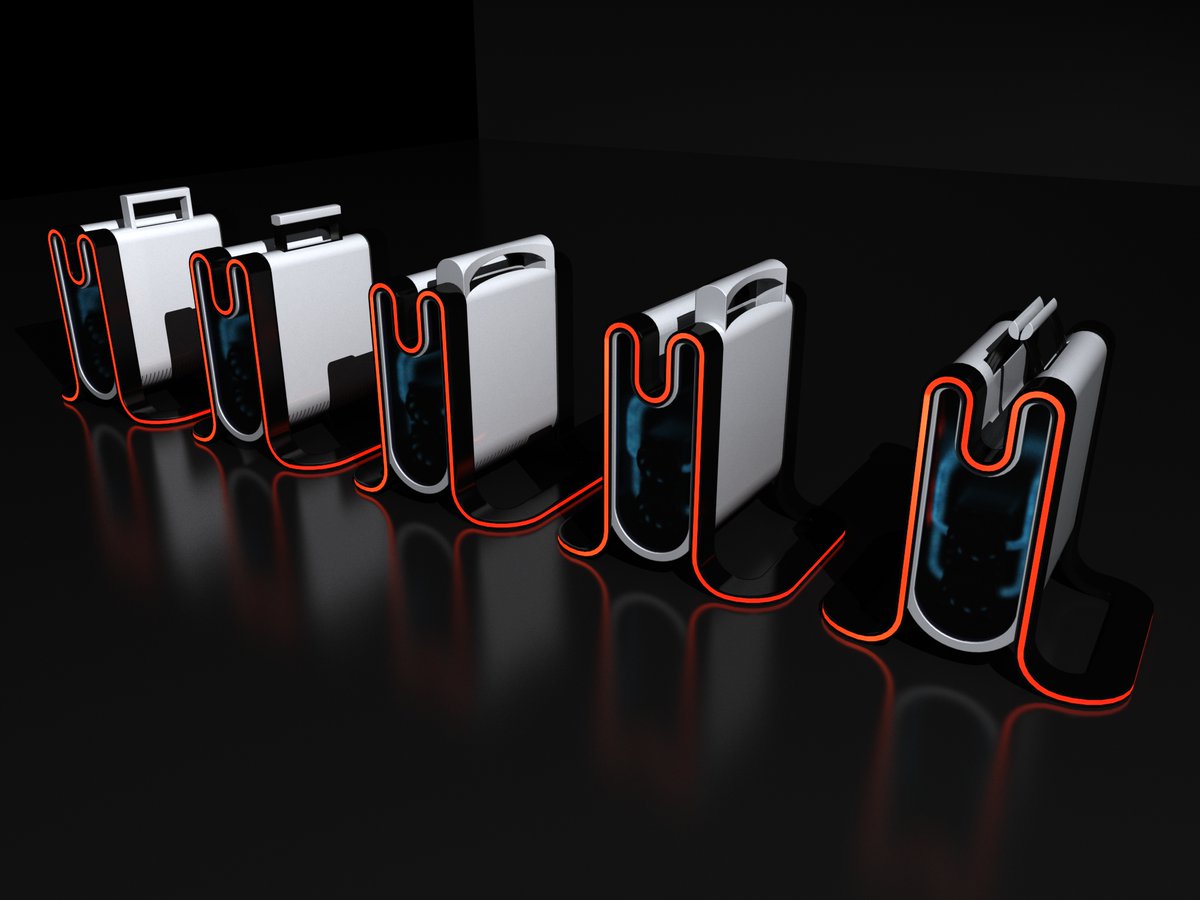 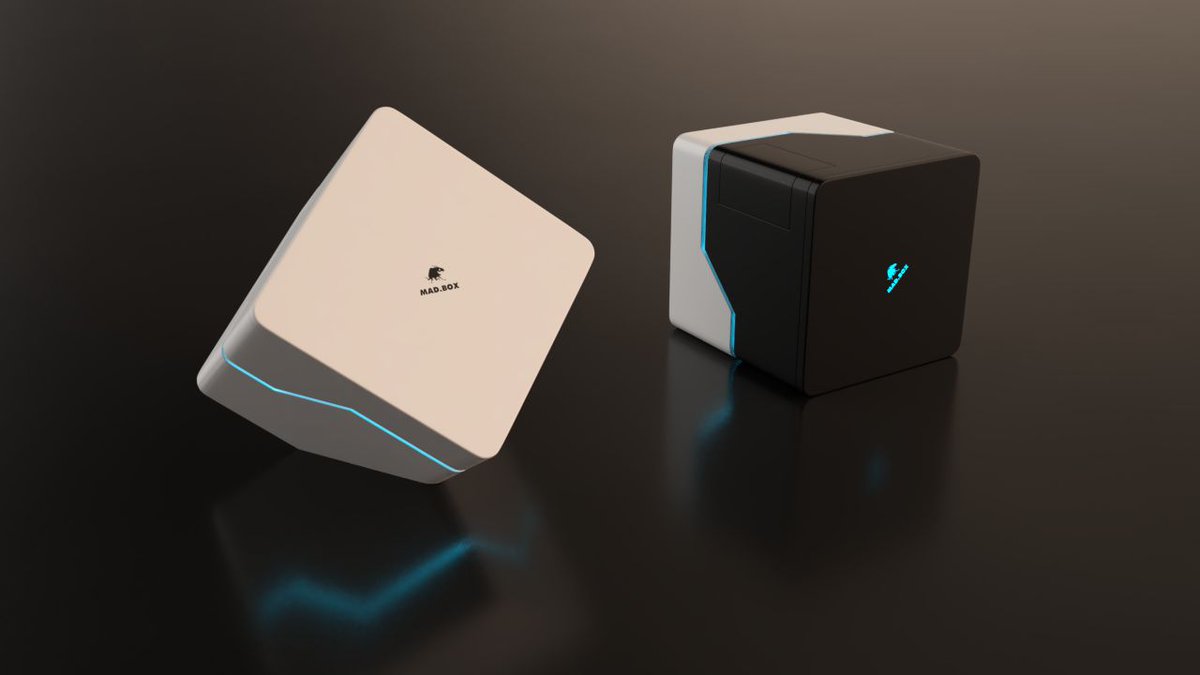 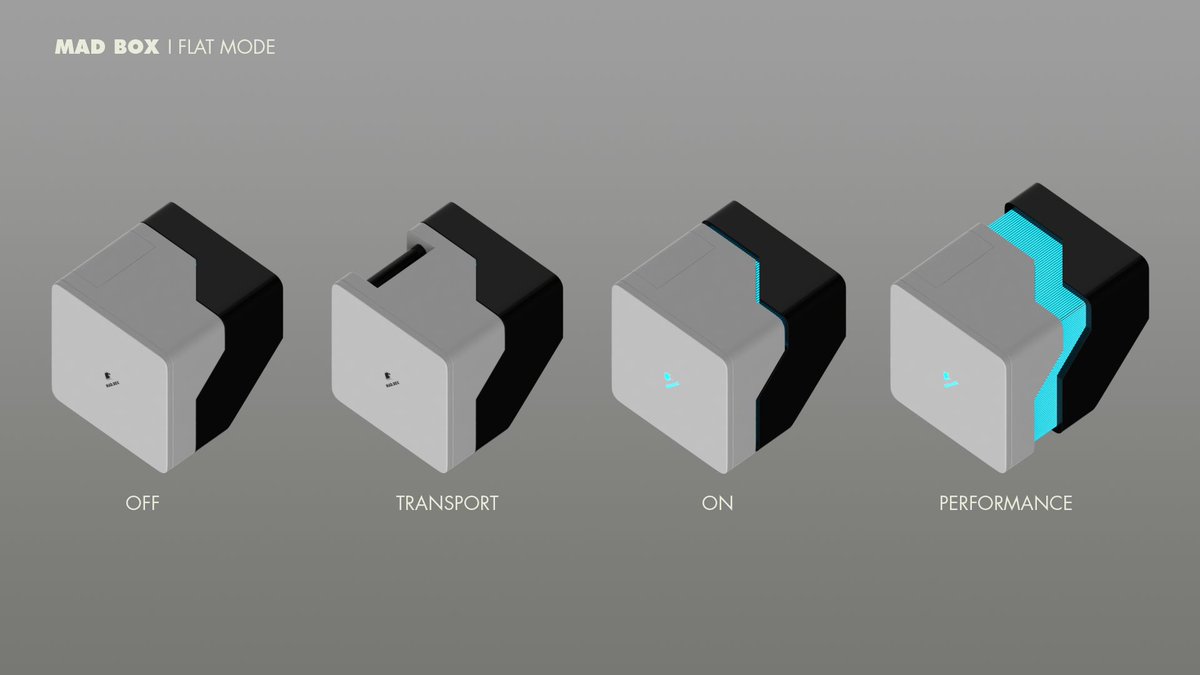 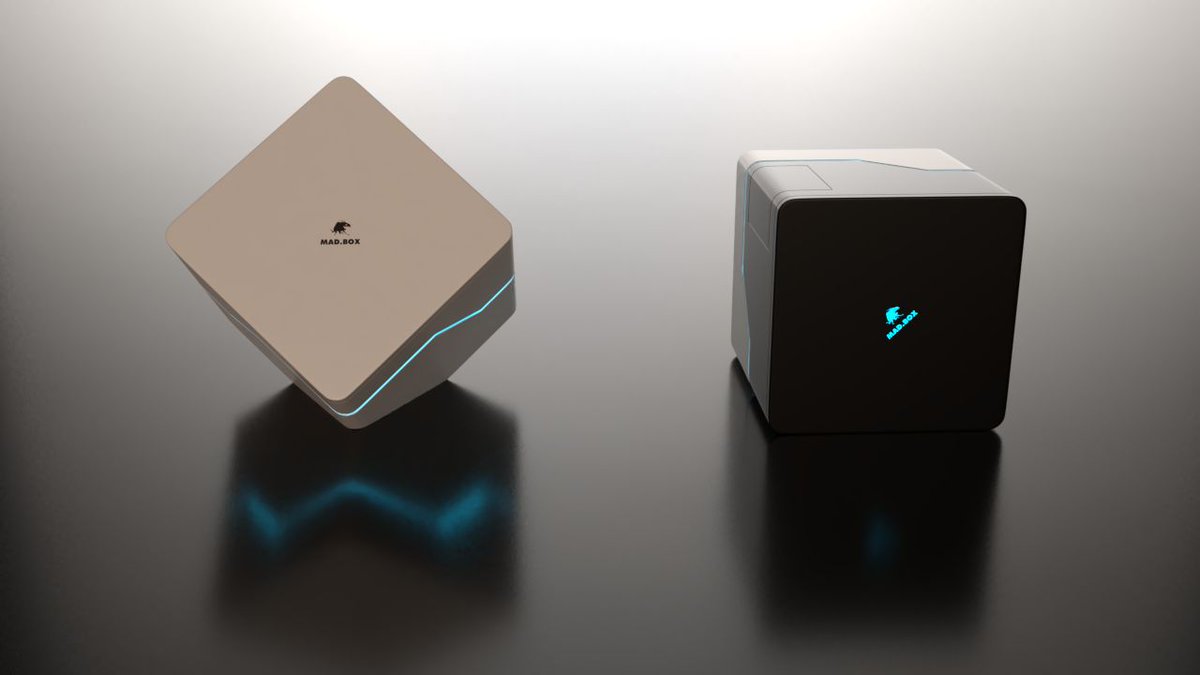 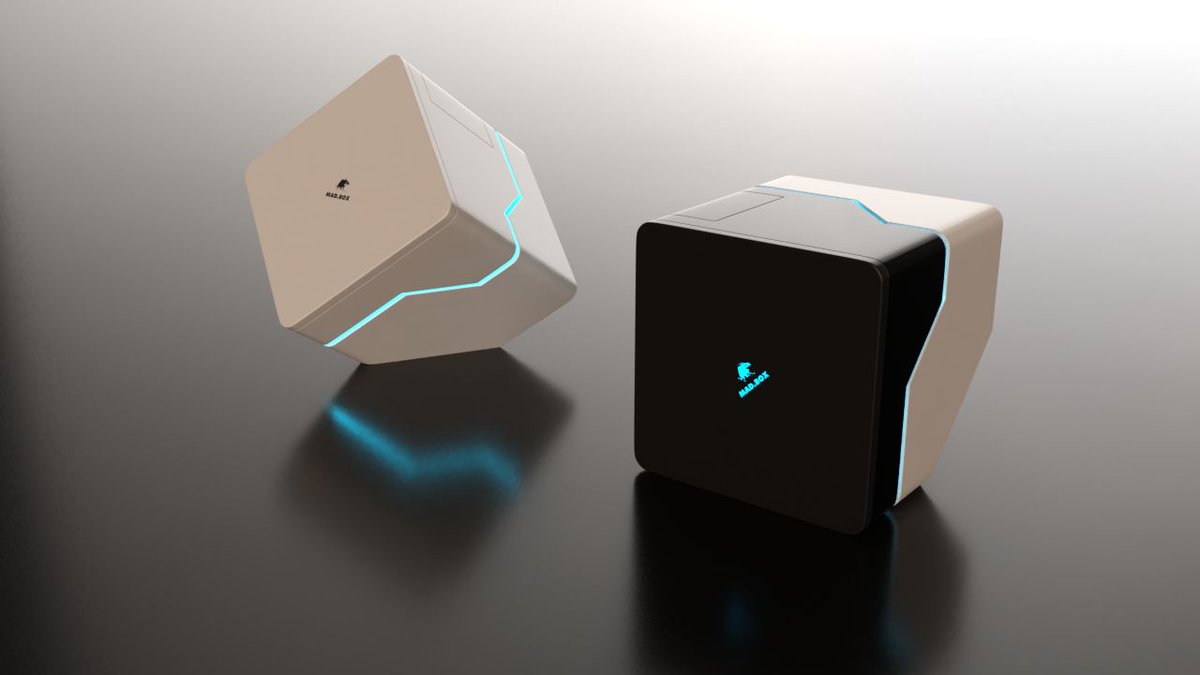 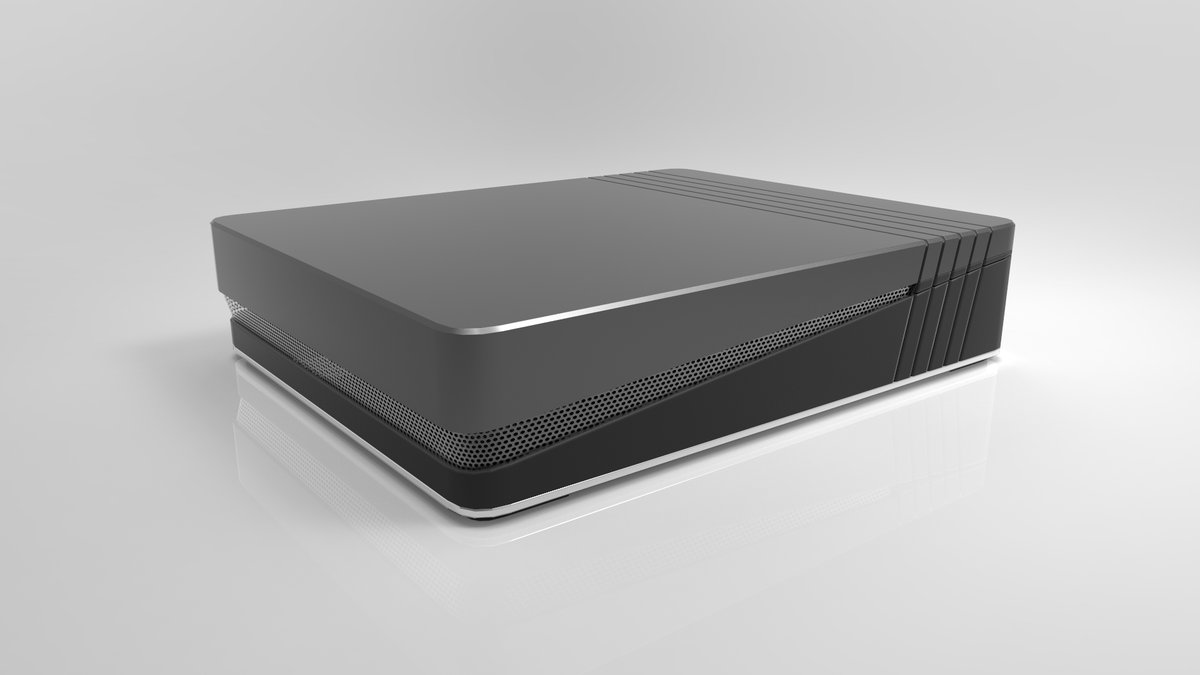 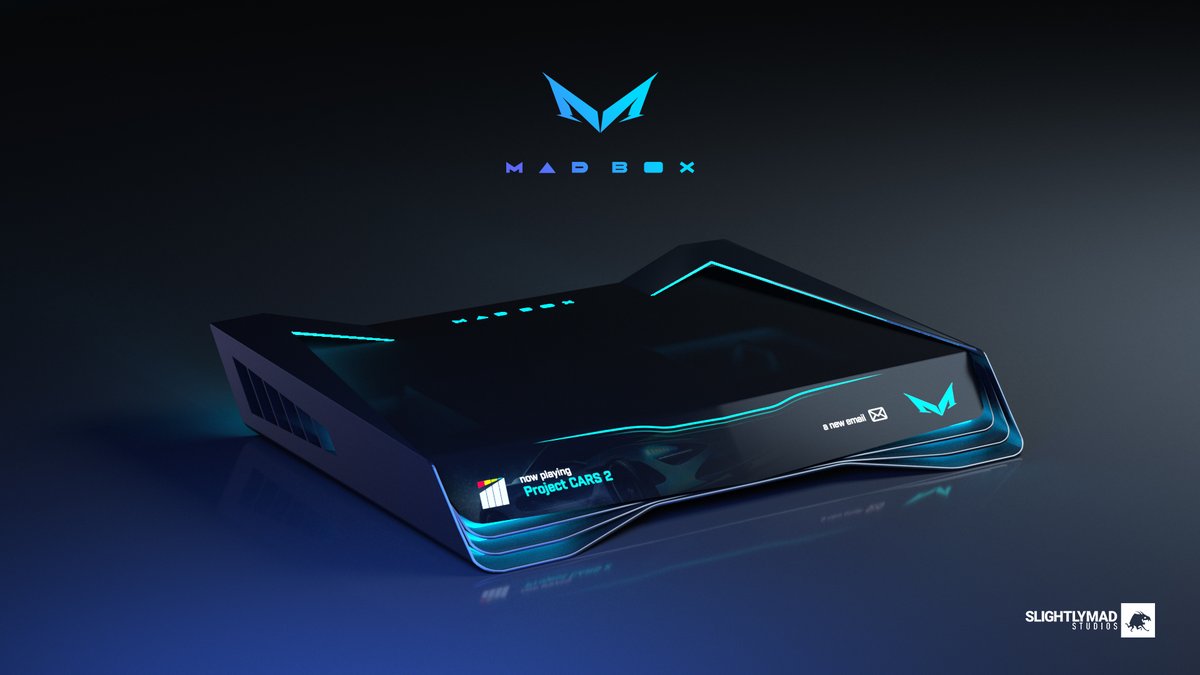 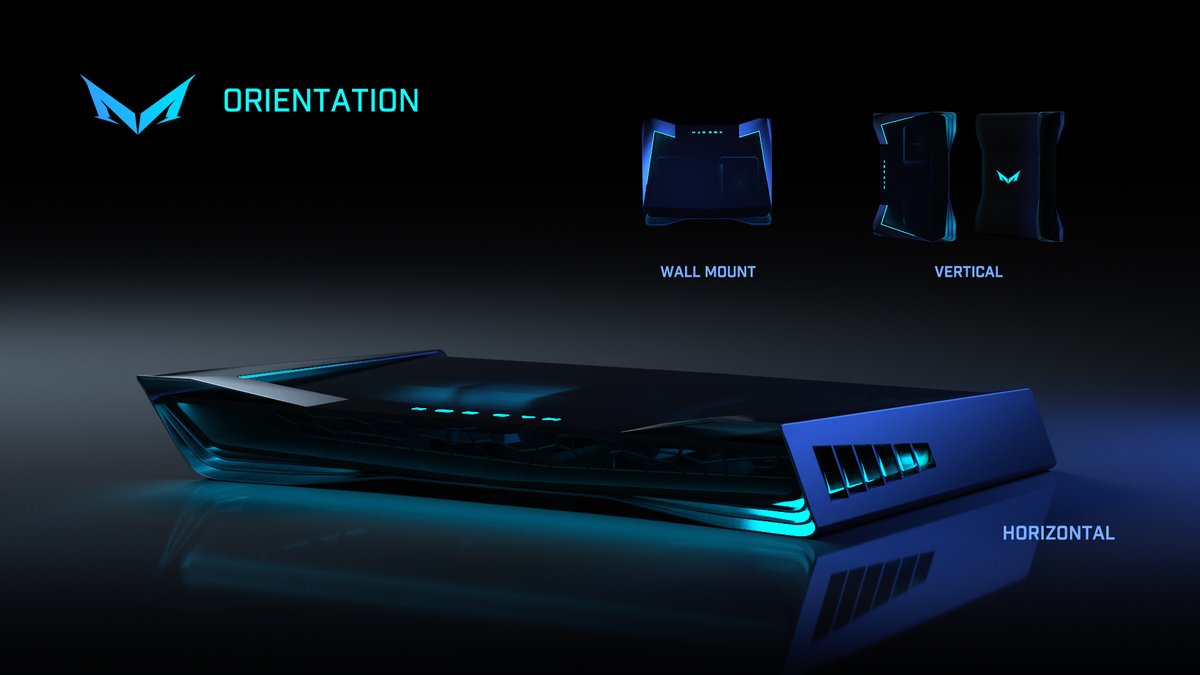 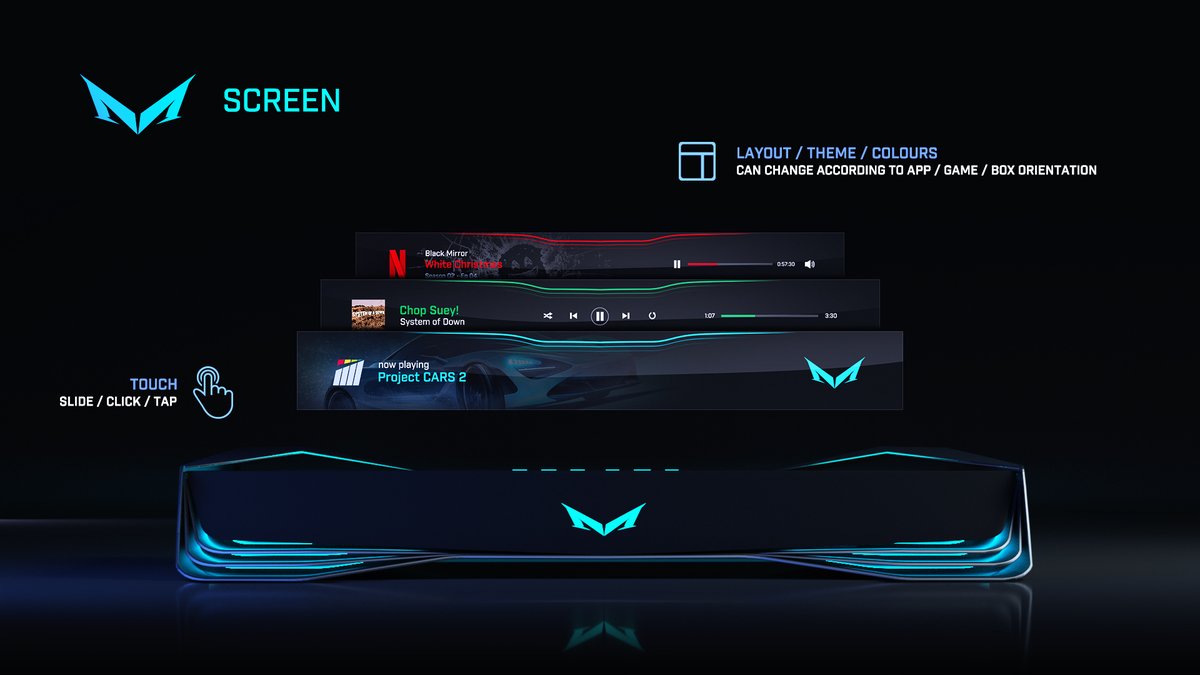 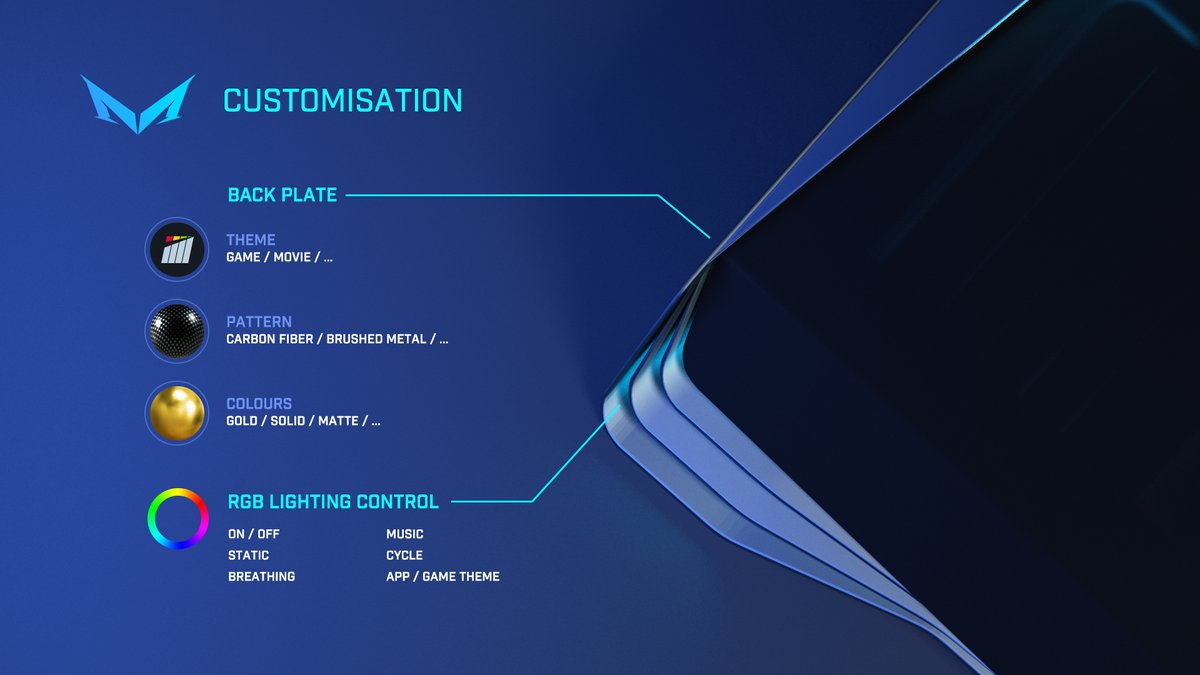 The second design concept is a “much less ‘out there'” cube with “standard cooling”. The third, rectangular design is “very standard” and inspired by the Project CARS logo, while Bell describes the fourth as his “personal favourite.”

In terms of what the console will be capable of, Bell says, “We’ll be deploying a cross platform engine that allows an ‘almost’ one click press to deploy to all major consoles. We want to support the Xbox, Playstation and the Mad Box as well as PC. The tech is all set for that to happen.”

The Mad Box will run on one of two possible operating systems, and the console dev kits will run both.

Console exclusives have also entered the conversation, with Bell admitting that “There will be exclusives yes but that’s the choice of developers. I’m not into it personally and would prefer, at most, timed ‘exclusives’… ”

Bell has also opened up a slogan competition of sorts, insisting that “The best slogan for the ‘Mad Box’ gets 10K and free games for life. This isn’t a joke. Hit me.”