You’re the working class, the everyday person putting in your time. You show up early and you leave late. You might not come up with the most original ideas, but the ideas you do have, you execute.

You love. To. Party! You’re always out there with a pair of sunglasses and a boombox. You might not be a good dancer, but that doesn’t stop you!

Oh God, I have to do like 70-something of these. Why did I pitch this topic?

You work alone and you like it. You’re super focused and prefer to get the job done right the first time.

I dunno. Like the above with Samus, but meaner? Does that work?

Why do we even make articles like this? Who are they for?

I mean, look, I get it. I get why this works. I understand where the clicks come from. We’re all excited about a video game, but we don’t always have the time or ability to play it.

Here in the article I’d post some controversial opinion intended to create an argument in the comments. This super hot take will keep people coming back to fight with each other over stupid shit that doesn’t matter, generating lots of clicks.

Something something, Mario’s brother. You don’t even care. You’re just looking for one or two characters to see if you agree. We all do it. There’s no shame in it. 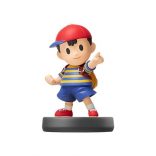 Inevitably, someone will take this article far too seriously. It won’t address deep issues dividing the “Smash Bros. Community,” a three word term that I want to make fun of, but know that will also get someone really upset.

It’s really not that serious. 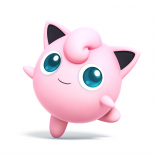 This is literally a game where cartoon video game characters hit each other in the face with baseball bats.

Nothing is fun anymore. 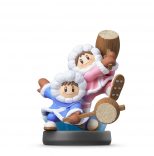 Very much looking forward to the day that I die and conversations about my life are cut short by recaps of a second trailer for a game that nobody will even remember in five years.

It’ll happen to you, too.

I’m a part of the problem.

I mean, look at this ‘article’.

It’s just a chance to unwind and have some fun with some fake personality test stuff!

“Oh, you’re like Lucina? Well, that means you’re smart and powerful!” Why can’t I let people have nice things without making everything that’s not for me somehow about me? 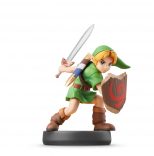 Like, Young Link is fun! It’s fun to have fun!

Unless you play as Ganondorf. Hitting pause on this conversation we’re having, I gotta say that having Ganondorf as your main is a real asshole move. I’m not saying you’re an asshole. It’s just an asshole thing to do tbh.

Maybe it’s just the vampiric quality of it all. 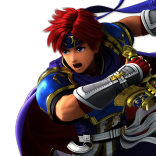 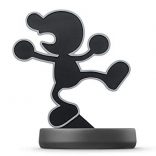 Really gonna roll with the opposite of Mr. Game & Watch here. See: Ganondorf.

Maybe something happened to me.

Some point where everything stopped being enjoyable and started being work.

When you start making a living off talking about something, it feels mandatory.

But that itself is selfish. I’m one of the lucky ones. I really am. 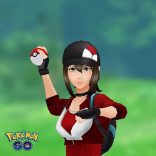 Hey, so are we considering Pokemon Trainer one character or three? I feel like we’re all playing pretty loosey-goosey with this counting system.

Can’t wait to walk on eggshells around the topic of Mother 3 as if we haven’t all downloaded a fan-localized ROM. “Did you know that Mother 3 is really the sequel to Earthbound?” Yes, goddamnit, we all know that.

And then sometimes you realize, “Oh my God. I own a video game where Sonic the Hedgehog punches Mario and it’s all above level. It’s legit.” I don’t know how I would’ve reacted to that as a kid. We got into fights over Genesis vs. Super Nintendo. All for nothing.

Also now worried that Diddy Kong fans will take me down.

I just don’t care about him, unlike R.O.B. whom I love and deserves our respect.

But not caring about something isn’t really an option anymore.

You either love a game or hate a game.

And if you love it, you better dedicate your entire fucking life to loving it or you don’t love it correctly.

If you hate it, you have to be ready to take down your mortal enemies: The people who liked the consumer product that you did not.

Rip them to shreds!

Their Top 10 Games of the Year list differs from yours by one entry, which means they have spent their entire lives faking their enjoyment of the same things as you just to ruin it.

It’s fun that we can put ourselves in a video game, give ourselves super powers, take a screenshot for social media, and then never play as ourselves ever again. 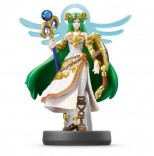 To be honest, Smash Bros. is some of the most fun I’ve had with a game all year.

I think about playing it all the time.

Every game had to have a reason for me to like it. If Duck Hunt is in Smash, then I must be a professional at using Duck Hunt or I’m not allowed to enjoy it. Play against low-level CPUs? What am I? Some sort of monster? Am I willing to embarrass myself for good times?

This is certainly a healthy way to view games. 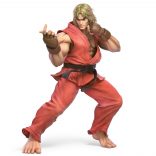 “If it’s not vegetables, then it’s dessert and you don’t deserve dessert!” – basically me to myself, a 34-year-old man with disposable income.

I spent, like, two whole years of my life wanting to be like Cloud! I’m that unlikable and somehow I found a way to be even more unlikable!

Now he’s in Smash – has been for years! – and I keep forgetting that, hey, this is cool.

Literally forgot who Corrin was for a second though.

I love games so much and I’ve routinely let my love for them simultaneously suck all the motherfucking fun out.

I’ve got to stop. 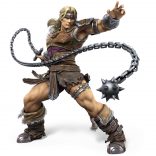 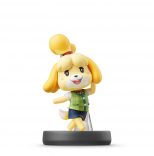 Smash Bros. values game history while embracing how goofy it is. It’s a living museum in which Solid Snake can eat curry and vomit fire on Samus. It’s hyper-competitive on the highest levels and a completely enjoyable experience with four people who don’t know what the hell they’re doing. The very presence of Isabelle reveals a willingness to both explore the past and try new things in ways nobody expected. The very nature of Smash’s design beckons back to a childhood where there were surprises around every corner, and a new game could be explored and discovered rather that pulled apart by forums and Twitter dunking and breathless hype machines.

At least I want to believe that. But I also enjoyed the dunking in magazines and the hype machines of the early Internet and the forum jokes that only I understood. Nothing changed except for me. I let my own cynicism infect my views and take away from the very thing I enjoy most. I don’t mean like, outside of family and loved ones. Just in general. All I got is this.

There’s a deep anxiety in not feeling like you’re enjoying things the right way, and a deep anger in the idea that others are enjoying something differently than you. Even if it’s the same thing you both enjoy.

I need to chill the fuck out and just enjoy things for what they are, and appreciate how lucky I am to have a platform in which I can talk about those things. Maybe instead of being mean or angry or bitter, I can attain a higher goal and talk about real things that I care about with real emotions, thinking for myself with real maturity. 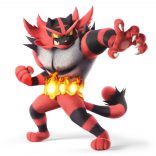