Destiny 2’s latest DLC, Black Armory, brings more secrets and lore to the franchise than ever before.

A dedicated group of Destiny 2 players made a Reddit megathread, revealing many of Black Armory’s hidden emblems, crests and bits of lore. Players who have ignited the Forges and have the Hammerhead machine gun and Tatara Gaze sniper rifle may have spotted glowing symbols close to the Forges.

Shooting this images will unlock Emblems tied to each family Forge, as well as allowing you to activate the Beacons around Smidur’s Cavern. Not all of the Forges are available yet, so this mystery will likely unravel over the coming weeks. You can find the Mysterious Box here too, and you can find two of the four keys required to open it by igniting the Forges.

You might have found a few Beacons hidden around the map that say Crest not found when you try to interact with them. By completing these puzzles, you’ll be rewarded with a special Emblem that changes the status of the Beacon to Crest Acquired.

The Crests are tied to the old Forge families, though it’s not clear what significance the Beacons or Emblems will play in Black Armory yet. 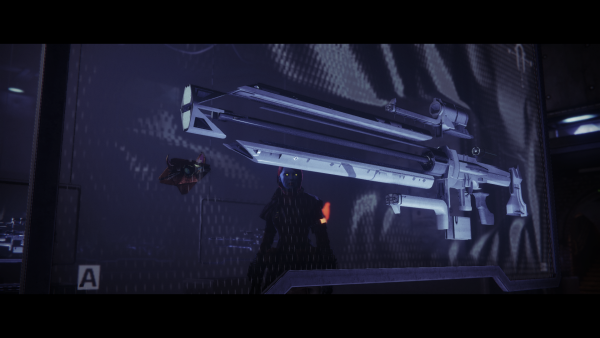 For this puzzle, you’ll need to have ignited Volundr and have the Hammerhead machine gun equipped.

In Smidur’s Cavern, where you found the Volundr Forge, you’re looking for the various symbols dotted around that you’ll be able to see through your sights.

To the right of the Forge, in between two stalagmites, shoot the Flame icon. Then, down to your right, there is a Sun icon on the ground. Stand on the Sun and shoot the following letters:

Now, move on to the large rock in front of you and you should see a Moon icon at your feet. Stand on the moon and shoot the following icons

Stand on the Moon and shoot the letters in the same order until the last two icons, where you’ll swap them around to shoot the + icon first and then the letter T.

After you shoot the T, turn slightly to your right and you’ll see a Storm icon on the wall. Shoot that and you’ll solve the Norse puzzle and receive the Rasmussen’s Gift Emblem. 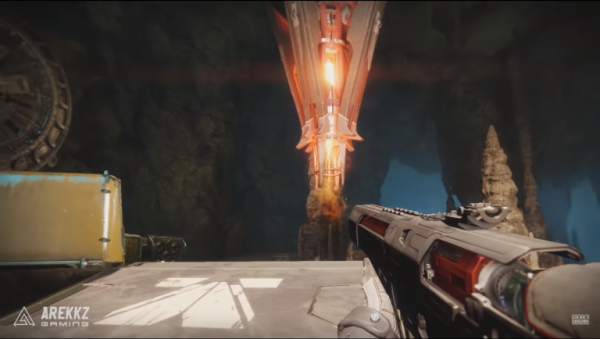 To unlock the Satou’s Secret Emblem, you’ll need to have ignited the Gofannon Forge and have Tatara Gaze equipped to solve the Japanese Glyph Puzzle.

Behind the Volundr Forge in Smidur’s Cavern, there is a stack of what look like red mats and boxes. Climb up on these and look down the scope of Tatara Gaze directly at your feet. You should see a glowing blue Tiger face staring back.

Stand on the Tiger’s face and have a look around the cave for symbols. Shoot the following symbols in this exact order to obtain the Emblem

You then want to jump down off the boxes and keep your sights focused on the ground, looking for a Dragon symbol. Stand on the Dragon and shoot the following symbols:

Once you’ve successfully shot them all you’ll have solved the puzzle and will receive the Satou’s Secret Emblem.

Once you have unlocked The Spiteful Fang bow after receiving the Black Armory bow frame from Ada-1, head back to the Volundr Forge in the EDZ. Clear out any enemies, then use the bow to find glowing blue symbols on the walls.

Walk towards the yellow crates to the right, past the broken bridge and while using your bow, look for a Butterfly symbol on the ground. Stand on the Butterly and shoot the symbols in the following order:

Next, move towards the three metal plates on the ground that have yellow borders and look for a Rising Sun symbol Stand on the Rising Sun, and shoot these symbols:

Once you’ve shot all of these symbols, you’ll receive Meyrin’s Vision. 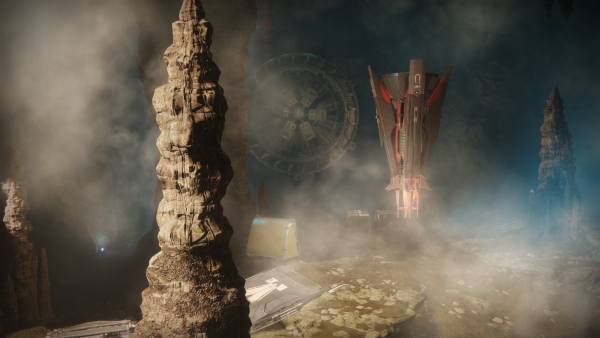 You can use Rasmussen’s Gift to activate the first Beacon, which is found on a platform below the left edge of the cliff side of Smudir’s Cavern.

The second Beacon is located on the right of Smidur’s Cavern, just over the edge on a platform, and you can activate once you have Satou’s Secret.

The third Beacon is in the caves of the Cavern, hidden behind a rock on the left. We can safely assume this Beacon will be tied to a French puzzle, and it’s unclear whether there’s a fourth Beacon to find.

The Dawning winter event has started in Destiny 2, so here’s our complete ingredients and recipe list to get you started on your baking adventures.