As part of Monster Hunter World’s ongoing relationship with PlayStation, the PS4 version of the game will feature a full armor set based on Aloy from Horizon: Zero Dawn. Here’s how to get it.

In addition to a full armor skin that makes you look like Aloy from Horizon, you’ll also be able to get Aloy’s bow and a Palico armor set that turns you cute little cat friend into a tiny robot dinosaur from Horizon. 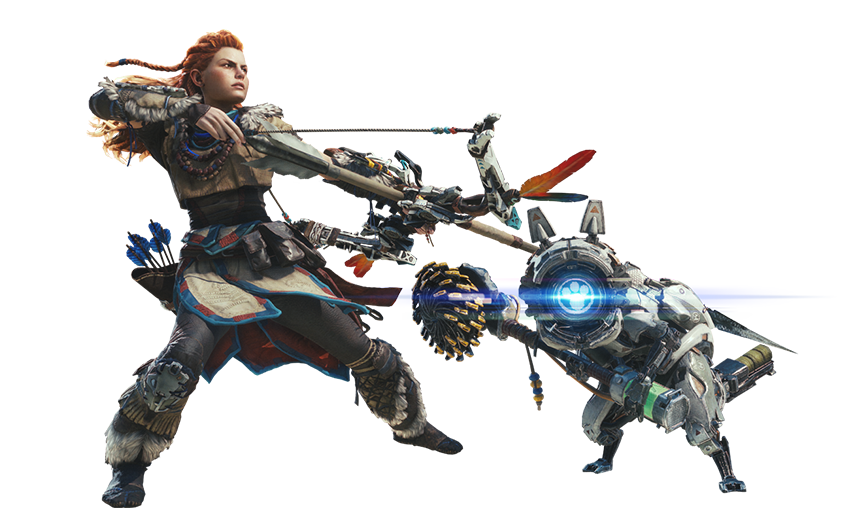 How to get Horizon: Zero Dawn’s Aloy armor and bow in Monster Hunter World:

Once you complete an Event Quest you’ll be rewarded with special materials and other loot items that can then be used to get the blacksmith to craft the special limited-time item. Given that the quests are usually time limited, so too is your window of opportunity to grab the item in question. This goes for all platforms, but this particular quest is PS4 only because Horizon is a PS4 franchise owned by Sony.

This is a full armor set, so it won’t be compatible with other armor pieces, meaning you won’t be able to mix-and-match the look with the other armor sets in Monster Hunter World – with Aloy, it’s all or nothing. The armor set will completely transform your character to look like Aloy – including their face. Even male characters will have their look altered to resemble her.

Capcom hasn’t yet confirmed the details on the Aloy armor set, but you can go ahead and partake in a quest to get the Watcher Machine gear for your Palico right now. How, you ask? Well, take a look below…

Capcom has at last announced the timing of when you can grab the Watcher Armor set for your cute little Palcio buddies in Monster Hunter World, and as the video from Arekkz details above, it’s not too challenging a quest to undertake and has a lovely little reward: armor for your Palico that makes it look like a Watcher from Horizon: Zero Dawn.

The event quest has a five-star difficulty level and will require a Hunter Rank of at least 6 to access. You’ll be tasked with defeating against 8 Barnos in the arena. If you find the quest too much of a challenge, check out our Monster Hunter World Guide for help improving your hunting skills.

If you do this and clear this quest you’ll be rewarded with the Watcher Lens material item, and you’ll need three of these in order to craft the Palico Watcher set at the blacksmith – so you’ll need to complete the quest three times. This too is a all-or-nothing item that covers your whole Palico. You can also craft the Mechanical Beast Cat Grinder weapon from this mission.

The quest will be available from launch day on January 26 through until February 9 – so grab it before it’s gone, potentially forever!

This accounts for half of the Horizon Zero Dawn crossover content – and we’ll update you on how to get Aloy’s armor as soon as we know how.