A lot of the characters and factions in Kingdom Come Deliverance are taken from real-life history.

The Waldensians were a pre-Protestant Christian sect that split from the Catholic church, rejecting the enormous wealth of the Church. But Sir Hanush doesn’t care about any of that, he just wants the Vicar hunting them as heretics out of his fiefdom. Here’s how to complete the Waldensians side quest, with instructions on how to find the congregation and persuade Mistress Bauer to flee.

Depending on your choices, this quest can require high speech or combat skills. If you need a speech boost, you can buy a Bard Potion from the Apothecary in Rattay.

Also as part of this quest, you have to ride to-and-fro between locations that aren’t covered by fast-travel points. So to cut down on time spent riding, it might be a good idea to invest in a faster horse. They sell some good ones near Uzhitz. 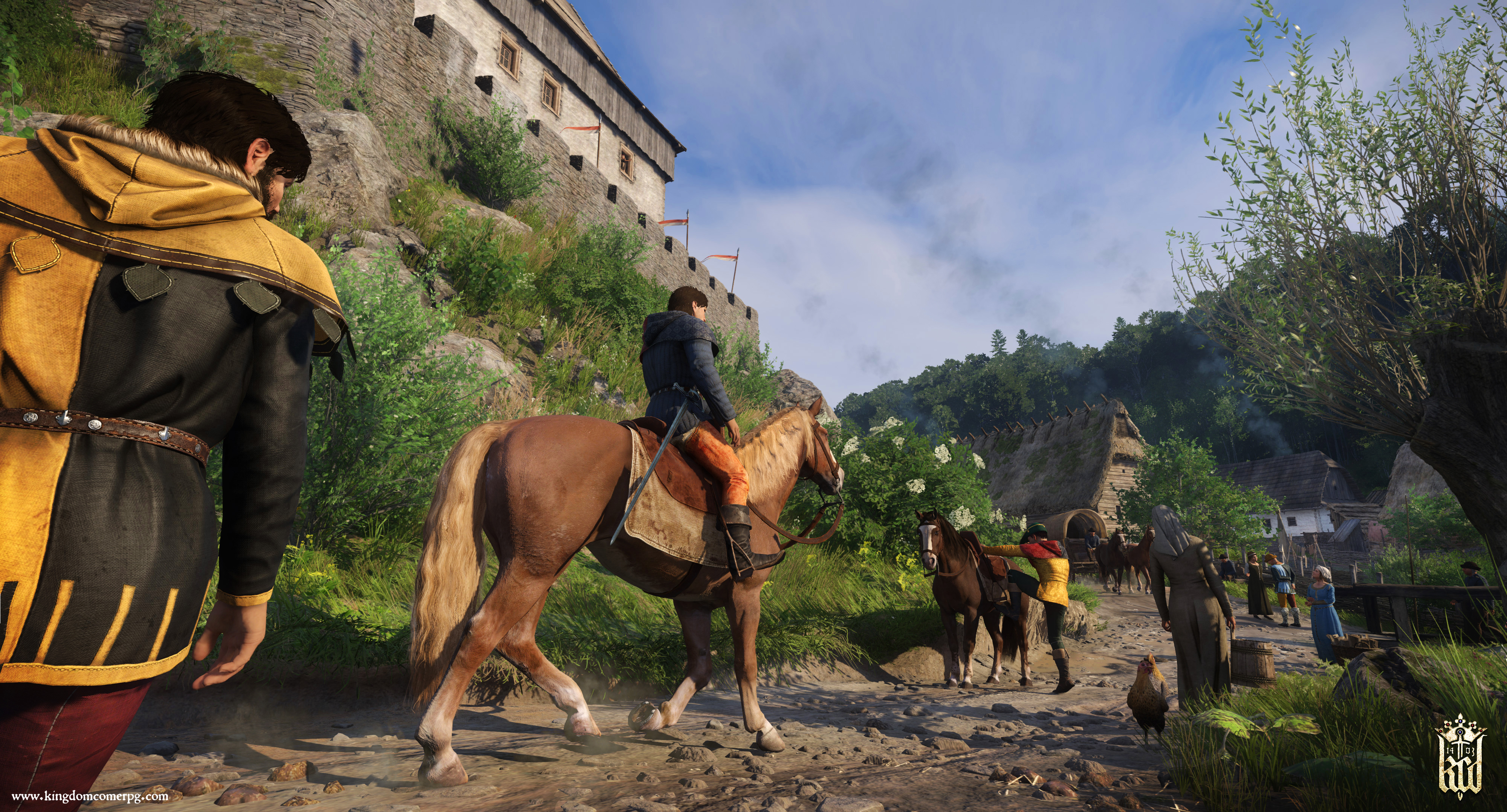 To get going with the Waldensians side quest, speak to Sir Hanush in Rattay. He’ll tell you about a Vicar who’s apparently looking for heretics in Uzhitz. Sir Hanush is worried that he’s actually sizing up his land for seizure by the Church, so he sends Henry to get rid of him – by any means necessary.

Once you’ve spoken to Sir Hanush, ride or fast-travel north to Uzhitz. The Vicar will either be in Uzhitz chapel or presbytery.

Talk to the Vicar and he’ll loop you in on his investigation, handing you the testimony of a captured heretic. These instructions are supposed to lead you to the Waldensians’ meeting place, but they’re very cryptic.

Agree to help the Vicar and set out to find the meeting place.

Instead of following the rubbish instructions, simply ride northeast out of Uzhitz following the river north until it widens into a larger body of water. On the western side of this body of water is a thicket of trees. This is the location you need to head to. There’s an “Interesting Location” right next to it marked on your map when you get close.

At the far end of the clearing, there’s a cross underneath a large willow tree. Take it, then ride back to Uzhitz and talk to Father Godwin – who you meet in the Mysterious Ways main quest.

He’ll identify the cross as belonging to the Bauer family, and ask you to spy on them to confirm their allegiances.

The Bauers live a good ride southeast of Uzhitz, on a farm on the edge of the forest.

Persuade Mistress Bauer to flee or turn her in

Ride to the Bauer’s farm around dusk, then sneak to the southern side of their main house, climb the ladder, and wait in the attic.

Here you’ll learn that the Bauers do in fact subscribe to heretical beliefs, and that Mistress Bauer intends to turn herself in to the Vicar soon.

After the cutscene, return to Father Godwin. You can now either report to the Vicar and turn the family in – which completes the quest and earns you a good amount of money – or ride back to the Bauer’s farm and try to persuade them to run.

This is a difficult speech check, so if you’re around or below level 10 it’s best to drink a bard point beforehand, which you can buy from the Apothecary in Rattay. Try using the line “God gives you the chance to escape”, to win her over.

If you fail, you can talk to Farmer Bauer and he’ll wish that the Vicar could have an ‘accident’. Here you can promise to kill the Vicar if you so choose. If you want to go down this route, be aware that the Vicar is travelling with two rock-hard bodyguards who you’ll have to take down if you want to get away with the murder.

Or if Mistress Bauer is determined to confess or you can’t convince her otherwise, there’s not much else you can do other than taking the money and turning her in.

Report back to Sir Hanush

Whatever route you choose, report back to Sir Hanush when the deed is done.

Tell him that everything is dealt with and he’ll commend you on your work.

If you convinced the family to run, you’ll have sent the Vicar out of the area and Hanush will be pleased.

Turning the Bauers into the Vicar isn’t exactly what Hanush wanted, because it means he might come back. But he’s pleased that it confirms the Vicar was actually hunting heretics and not looking to size up his land.

Don’t tell Sir Hanush if you killed the Vicar – he’ll be rather upset.