The lore and twisted Americana behind the Fallout universe has always been the best part of the series, and although Fallout 76 is a little light in this regard, there’s still some intrigue to be found in Appalachia. Here’s how to join the Order of Mysteries in Fallout 76 and unlock some of the game’s coolest locations and best quests.

In the southwest of Charleston, you’re likely to have come across the AVR Medical Center during Fallout 76’s main quest. In the alleyway on the northern side of the main door, you’ll find the body of a “young woman” wearing a tattered dress and carrying some old-world cash. 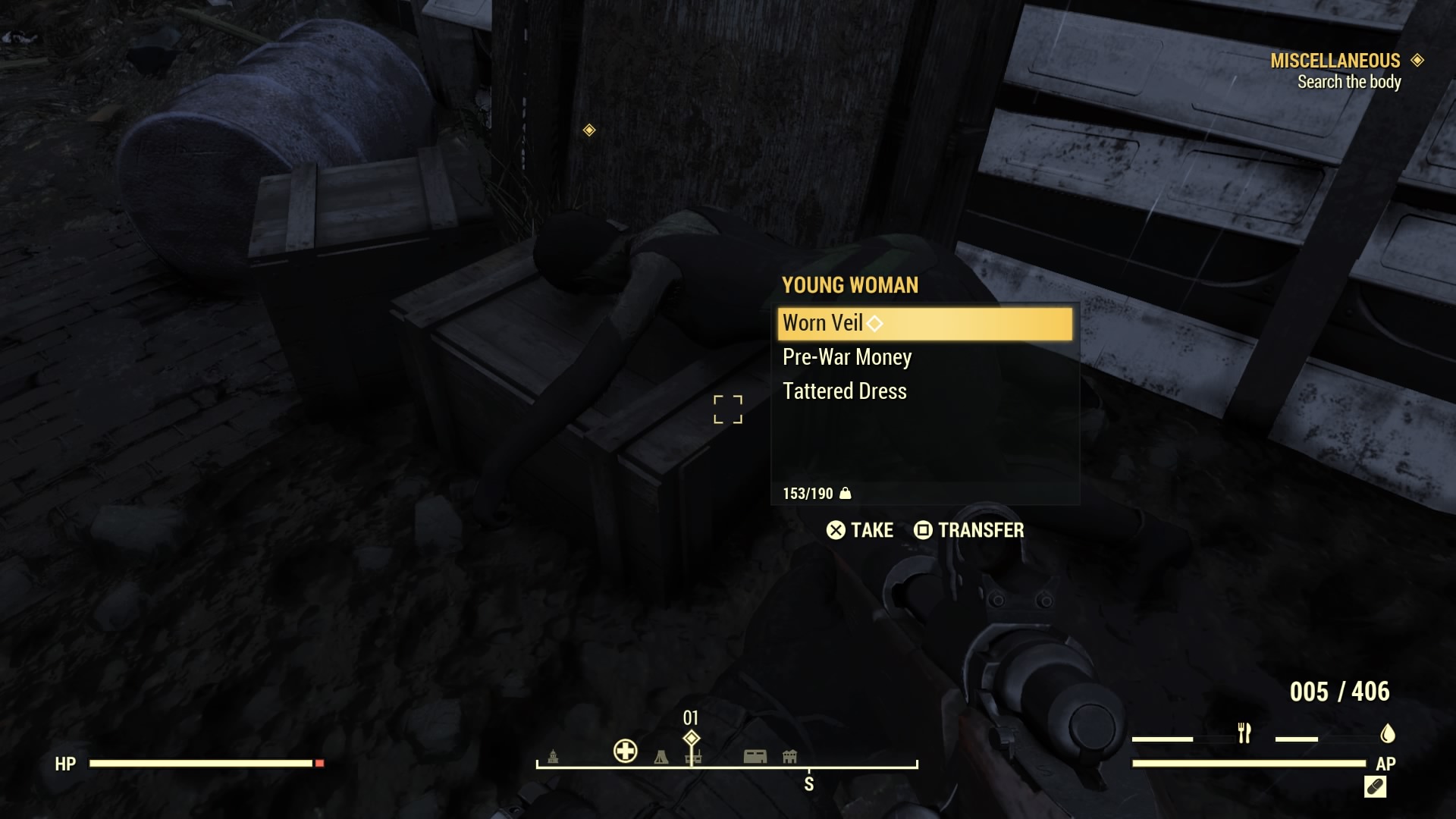 Try to loot the body and a cryptic message will play over your Pipboy, and a “worn veil” will appear in her inventory. 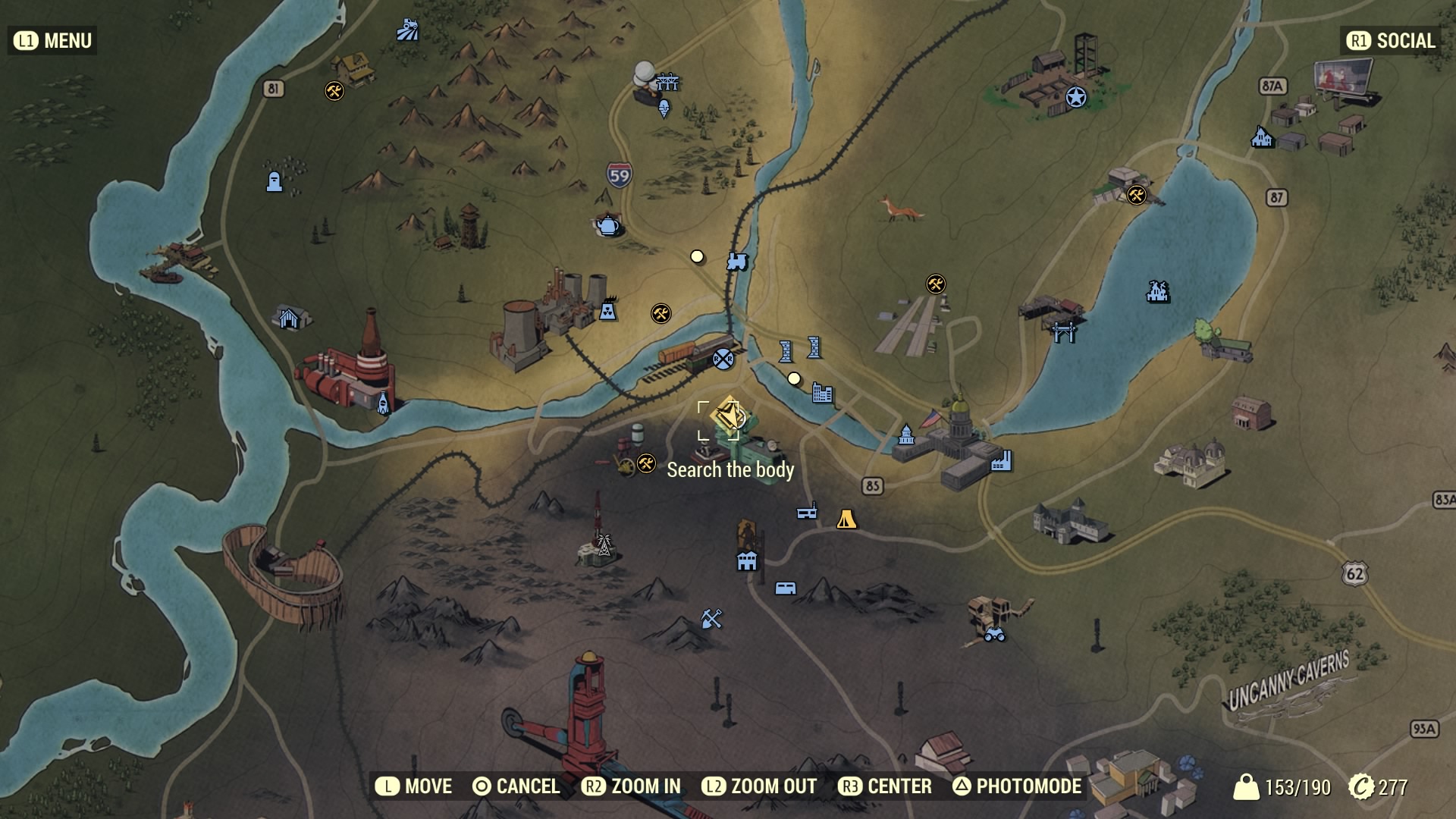 Take the veil, and try to make sense of the message. It’ll nudge you east towards a ruined mansion called the “Riverside Manor”. Head over there, watching out for Super Mutants along the way, and Scorched when you get there. 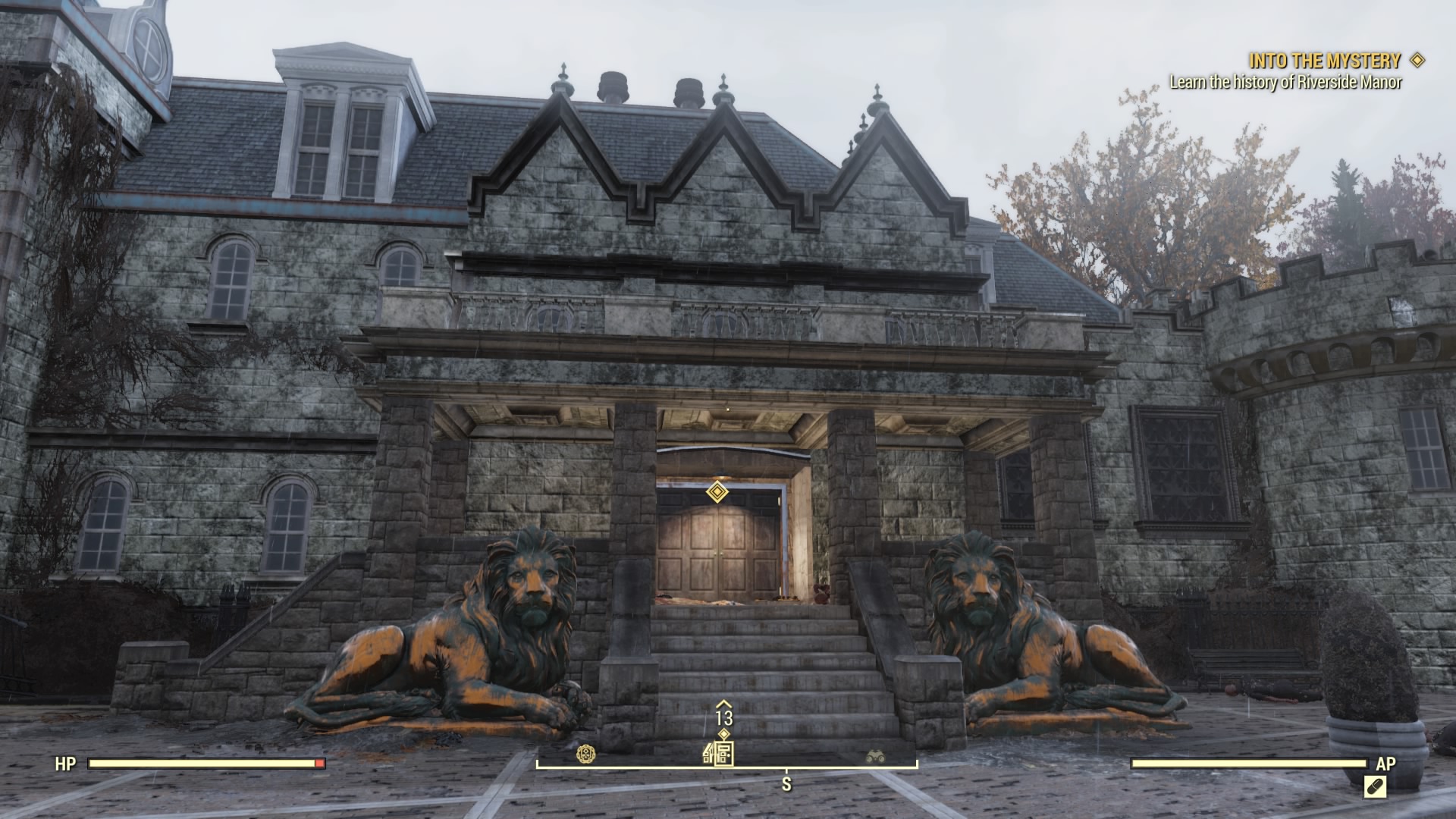 Clear out the enemies and head inside the dilapidated house, taking in the eerie atmosphere of the dim lighting and large portraits. 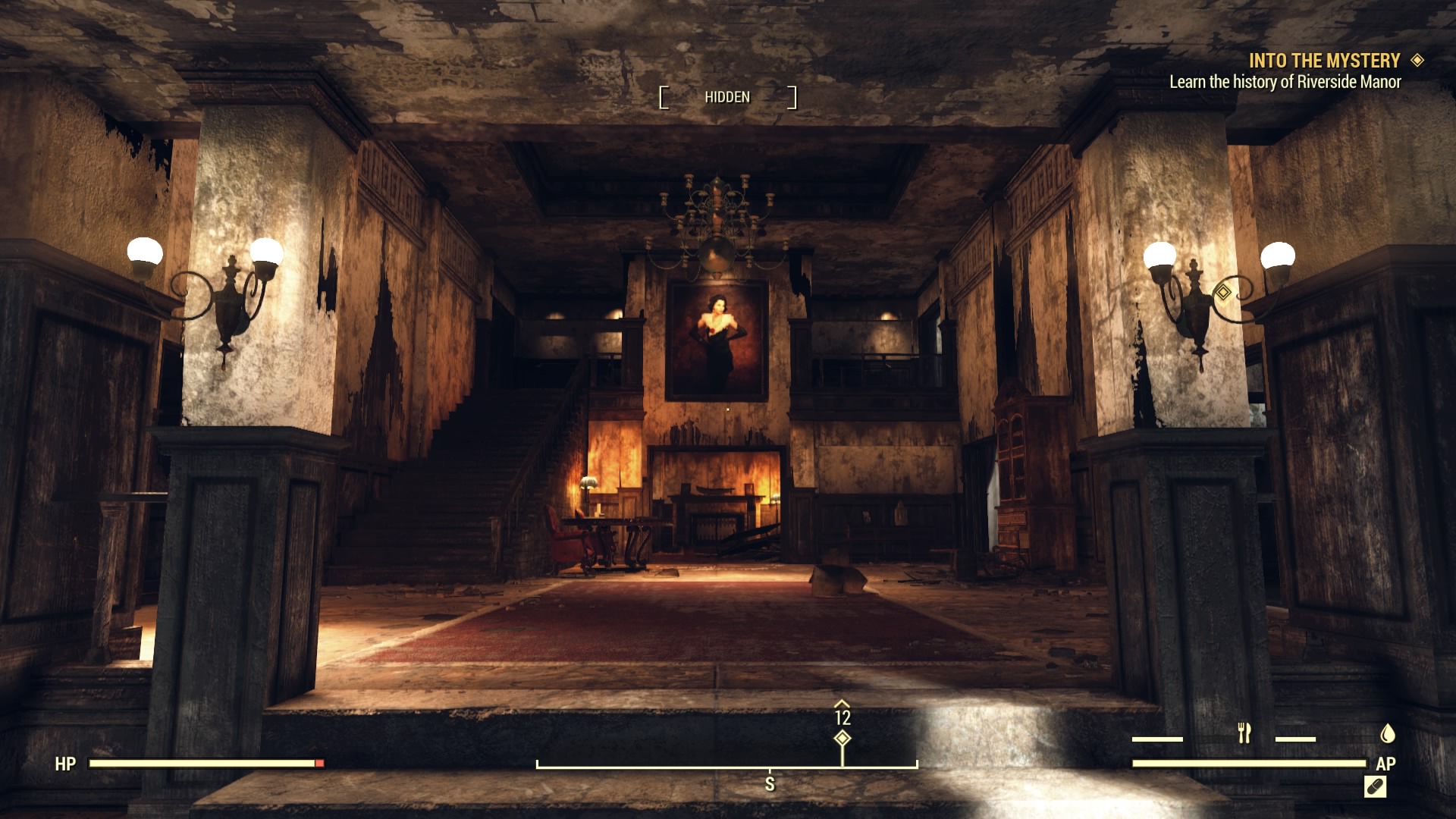 Head upstairs and find the study terminal. Log on, and you’ll learn that this is the former residence of Shannon Rivers – voice actress of the Mistress of Mystery in the Silver Shroud radio show, which fans should remember from Fallout 4.

Equip the worn veil that you looted from the young woman if you haven’t already and head downstairs to the front parlor.

In the northeastern corner of the parlor you’ll see a decorative room screen which, when you get close to it, will retract to reveal a secret door. 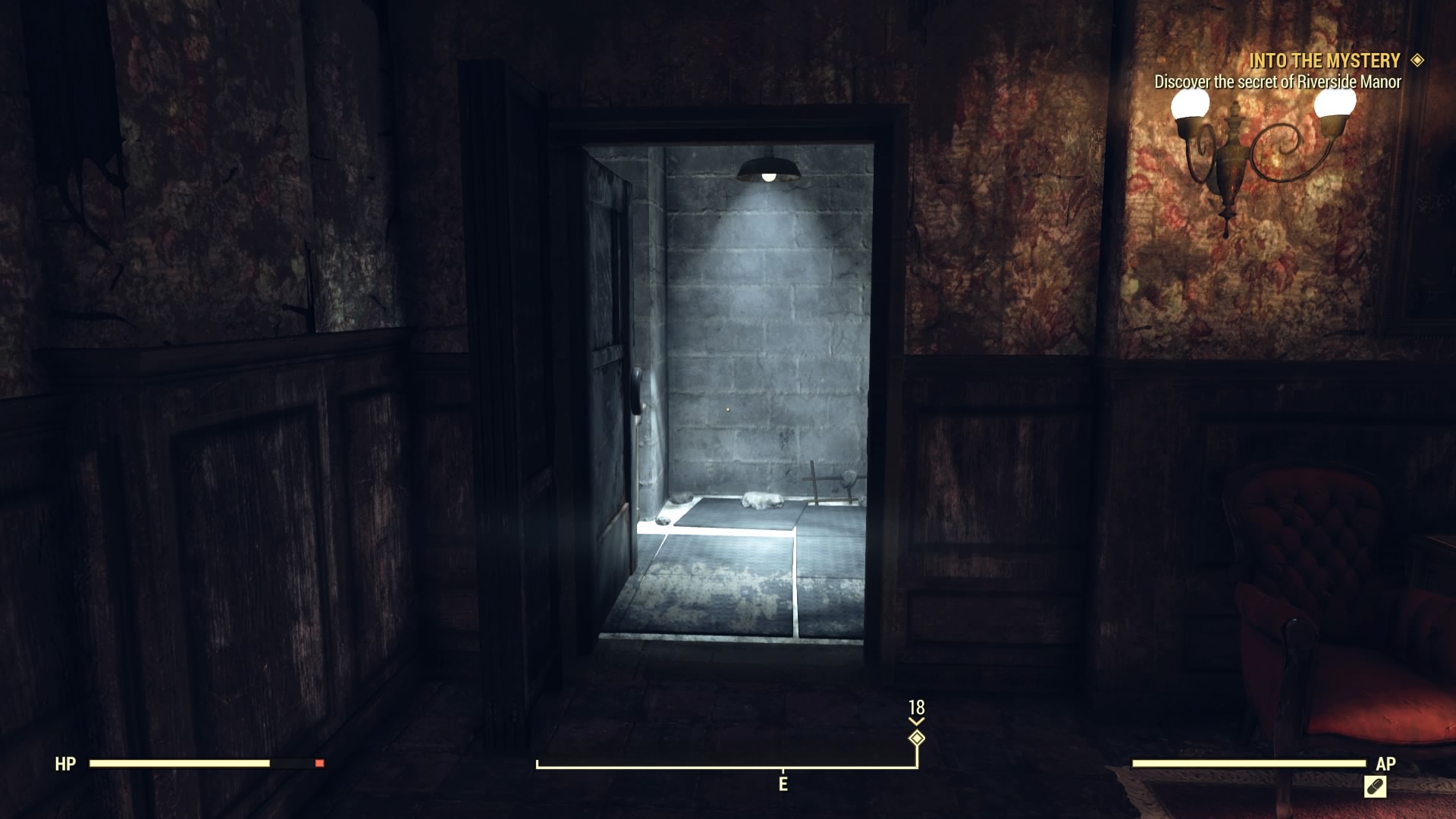 Descend the stairs and go through the blue lasers, and you’ll find the secret of the Riverside Manor.

Inside the secret bunker, walk down the stairs into the center of the room and log on to a terminal. Register yourself as an Initiate and you’ll get a new holotape in your inventory. 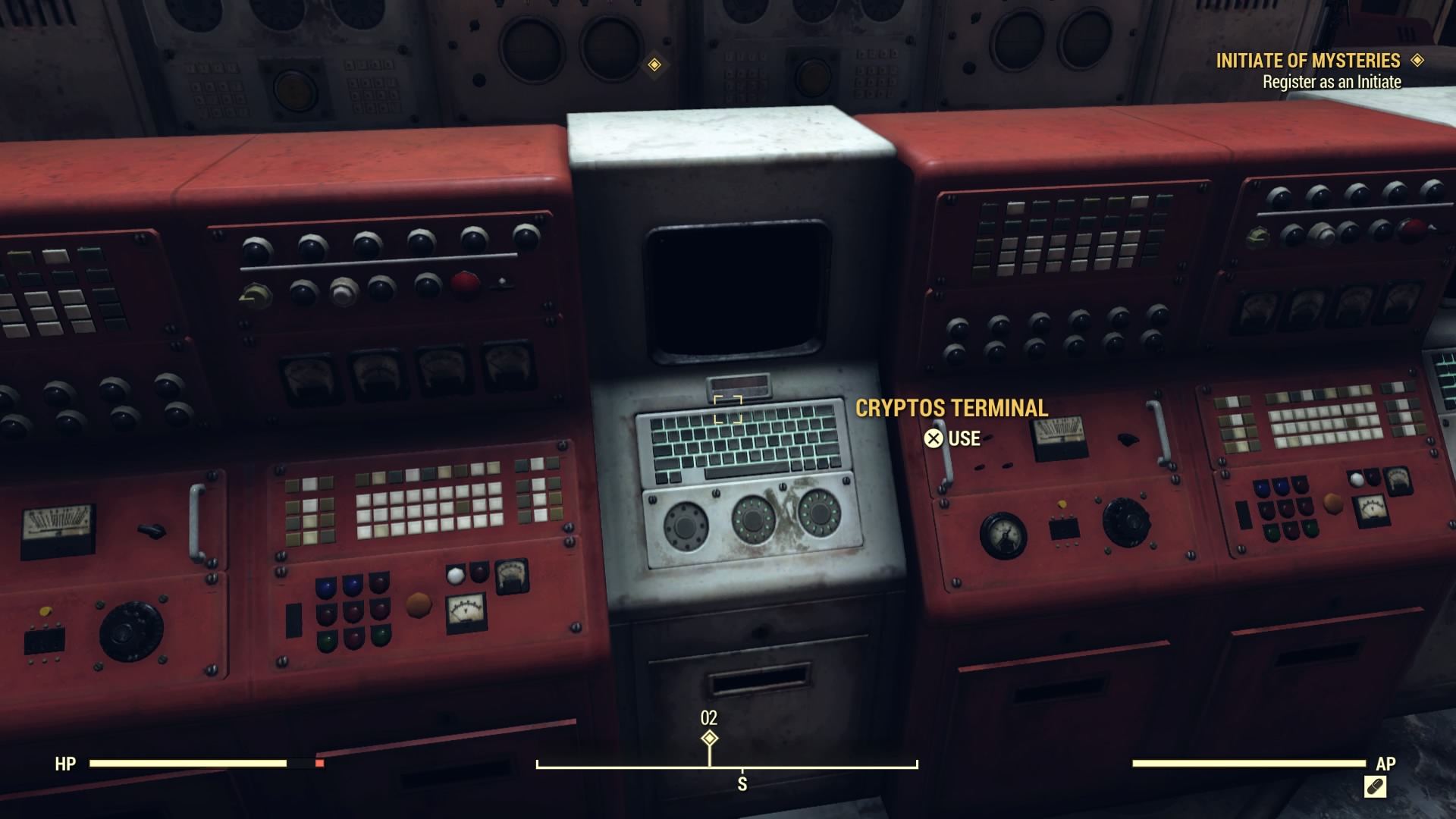 It’ll reveal that Mrs Rivers was the leader of a covert organisation that trained women to fight like her Mistress of Mystery character.

While you’re listening to the holotape, head east down the stairs to the fabricator terminal to get your veil repaired. 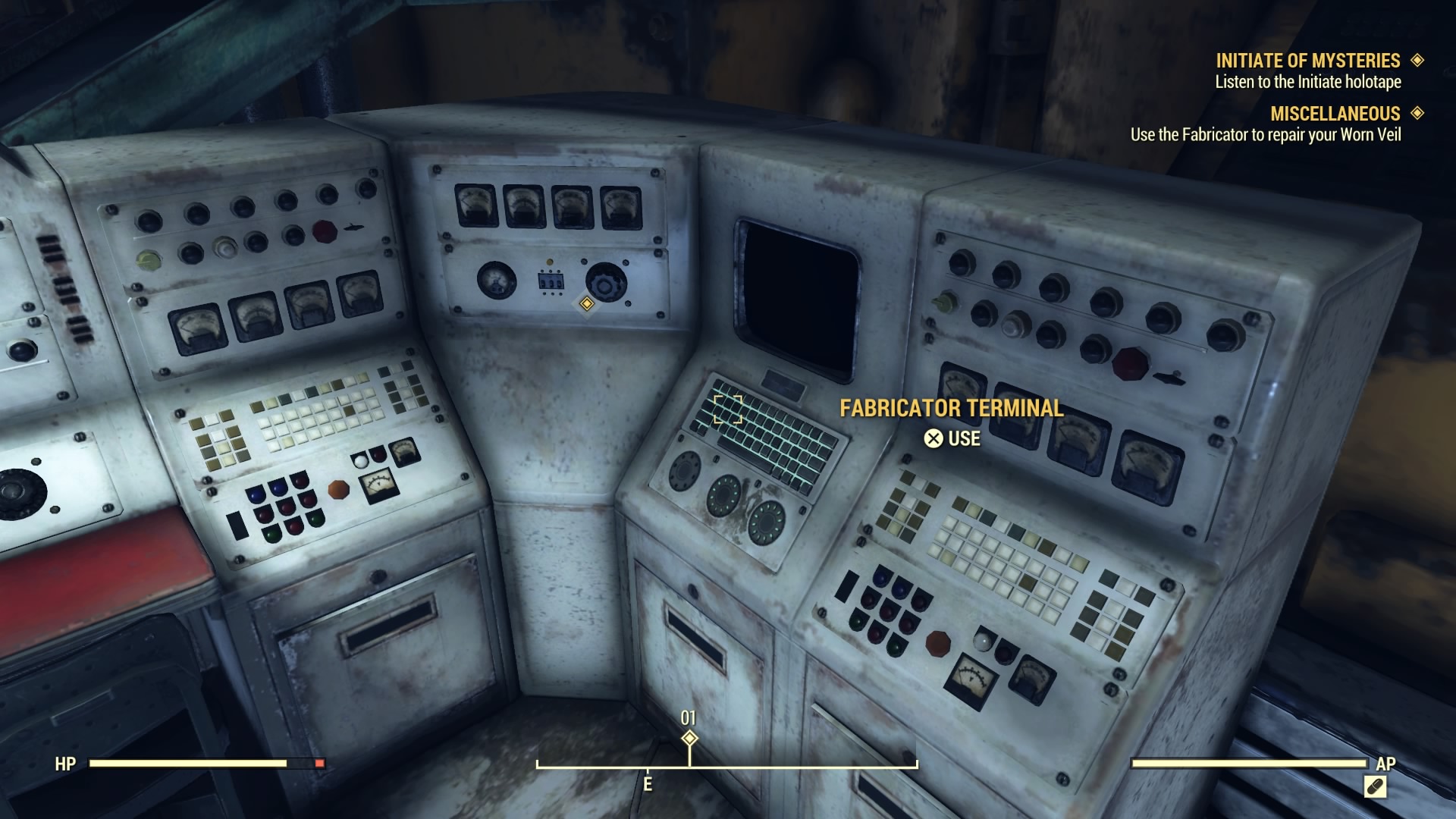 When it’s done, log back on to the central terminal and select “database queries” to request a mentor assignment.

This will give you a quest marker a little to the south, in Lewisburg. Go there and collect what you need to, fighting off the pocket of enemies camped here. 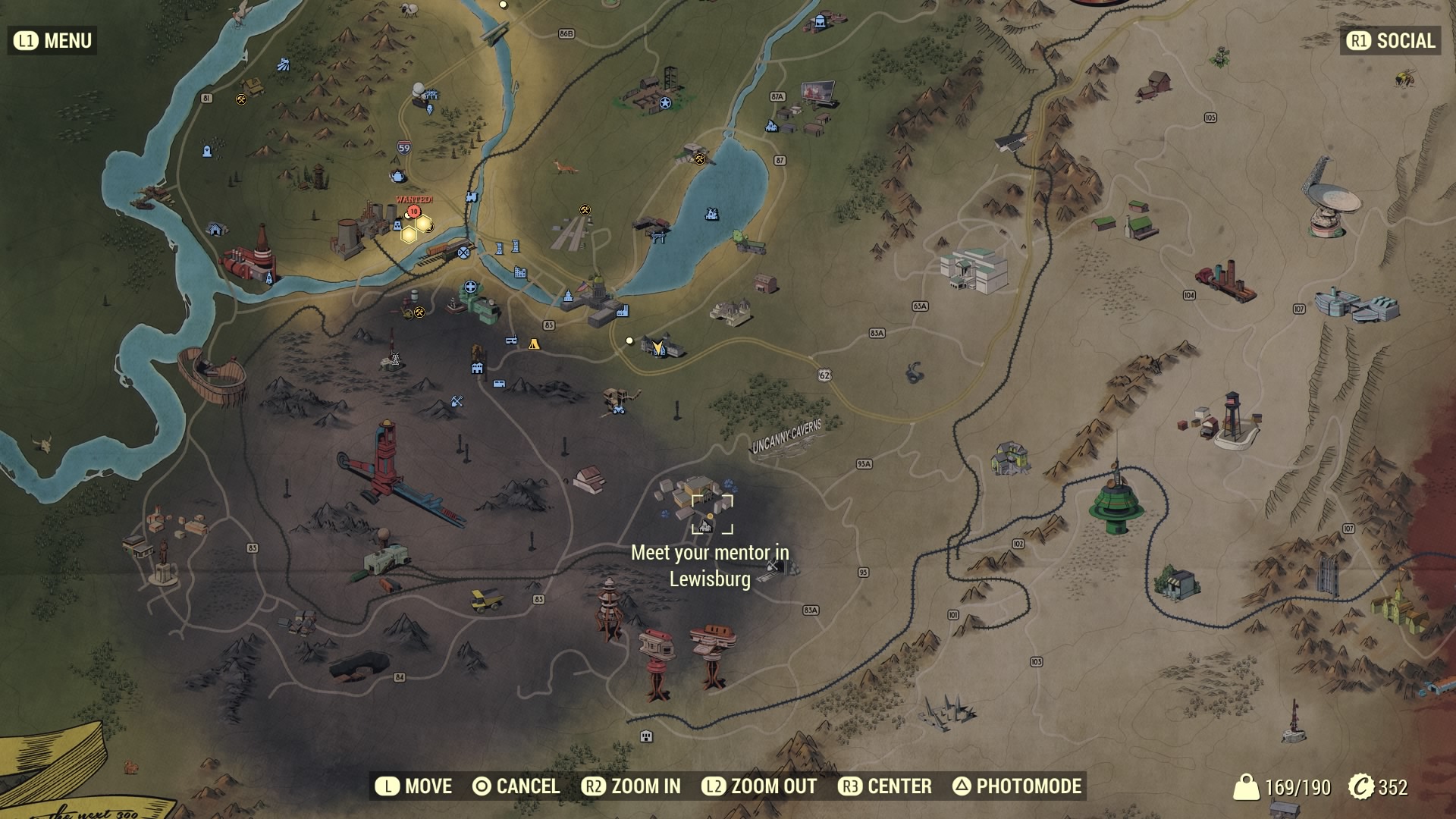 On your return to the Riverside Manor, you’ll have access to a new quest line to do with the Order – enjoy!

If you’re feeling a little under-equipped and underpowered in Fallout 76, here are all of the power armor locations and Bobbleheads we’ve found so far.

For more general advice, take a look at our Fallout 76 tips for fans and first-timers.