Right at the start of Assassin’s Creed Odyssey, you’re faced with the hardest decision in the whole game: should you choose Alexios or Kassandra?

Once you’ve picked one way or the other there’s no going back, so you’ll have to make a new save if you want to journey with the other character.

Should you pick Alexios or Kassandra? 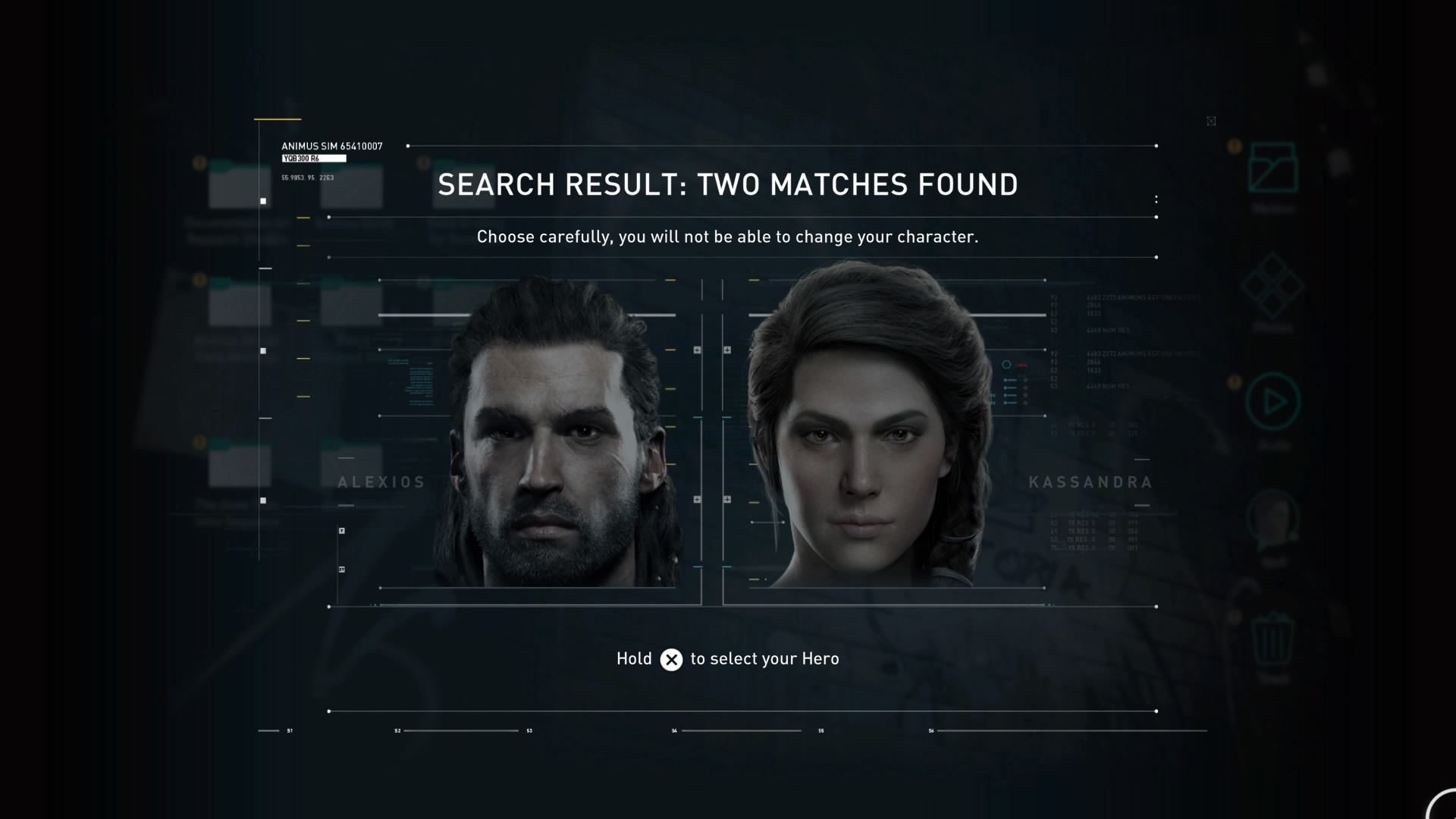 From a gameplay point of view, there are no differences between Alexios and Kassandra. They have the same skills, the same DPS potential, the same run speed, everything. So don’t feel as if you’re going to be penalised for choosing one over the other.

They can also wear the same armour and outfits. A few of them look a little bit different, but their stats are the same. For example, cropped armour sets like the Hunter outfit and the Spartan Renegade set you can buy off the Helix Store vary slightly on Kassandra compared to how they wear on Alexios – but again, nothing major.

In most interactions throughout the game, Alexios and Kassandra’s dialogue is largely the same. There are some character-specific reactions, but nothing massive you’re going to miss.

Although what they say is the same, the actors’ performances during different scenes can be quite different. Alexios is played by Michael Antonakos, who’s appeared in TV Dramas like The Crossing and the most recent series of Prison Break – as well as voicing Starstreak in My Little Pony. Kassassandra on the other hand is played by Melissanthi Mahut who has appeared in Assassin’s Creed games before as NPC voices in Origins.

It’s also worth mentioning that in the official novelisation of the game by Gordon Doherty, they chose Kassandra as the canonical character to be in the story – she’s on the front of the book and everything.

So from all of that, hopefully you can make a decision. Before release, Ubisoft tried to emphasise that players wouldn’t be judged for the choices they made throughout their Odyssey, and that extends to the character choice at the beginning of the game – it’s simply personal preference.