These are the best Assassin’s Creed Odyssey abilities and skills that you can pick up to make sure your quest is smooth sailing – whatever your playstyle. Throughout their journey, dual heroes Alexious and Kassandra hunt, fight, and assassinate their way across Ancient Greece with aplomb. But to get the most out the huge adventure that is Assassin’s Creed Odyssey, you’re going to need the right tools for the job.

There are 35 main abilities for you to unlock in Assassin’s Creed Odyssey, split across three trees: Hunter,Warrior, and Assassin. 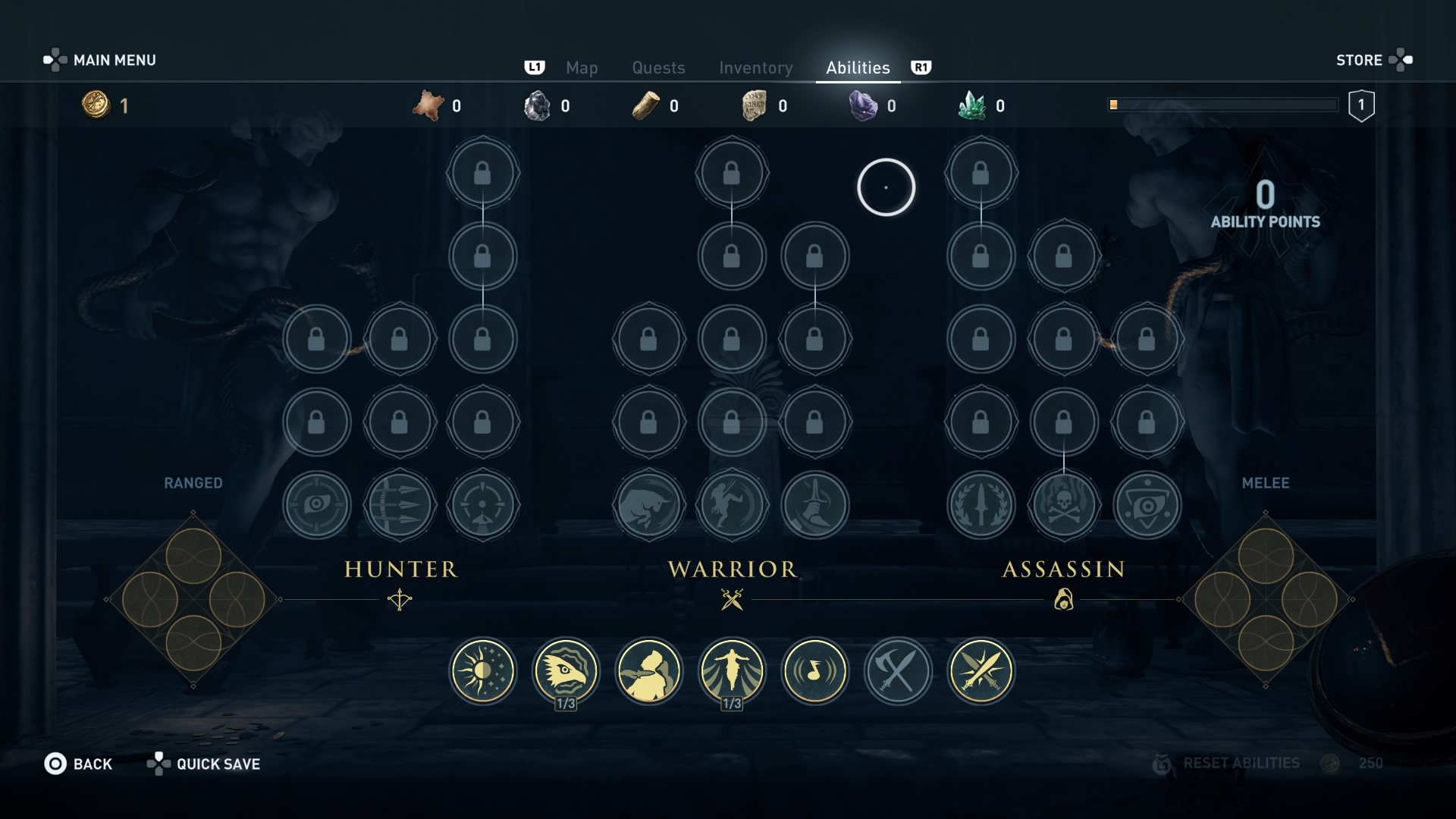 Regardless of how you want to play Assassin’s Creed, because of all the action set pieces, boss battles, and mercenaries to take down, you’re going to want to pick at least some Warrior skills – they’re simply too strong not too.

That’s not to say that the all-guns-blazing is the only way to play Assassin’s Creed Odyssey, because you not only get enough ability points to build up a varied skillset, but can respec at any time by holding in the left stick on the control in the Abilities menu. It’ll cost a few drachmae, but still very flexible.

It’s also worth remembering that combat abilities restore a little bit of health when you use them. So if you get into trouble, spam your favourite to get out of a pinch.

As we mentioned before, Warrior skills are ones that you’ll use a lot. The first two that you should pick up are Bull Rush and Sparta Kick. They’re right at the bottom of skill tree and will likely form the basis of your melee fighting style for the whole game.

Bull Rush is a wide-reaching lunge that propels you forward, dealing big damage to any enemies caught in the animation. While you’re performing the move, you seem to be invulnerable too – which is really useful if you get caught out against strong enemies. Just activate Bull Rush and you’ll be out of a tight spot and dealt a load of damage too. 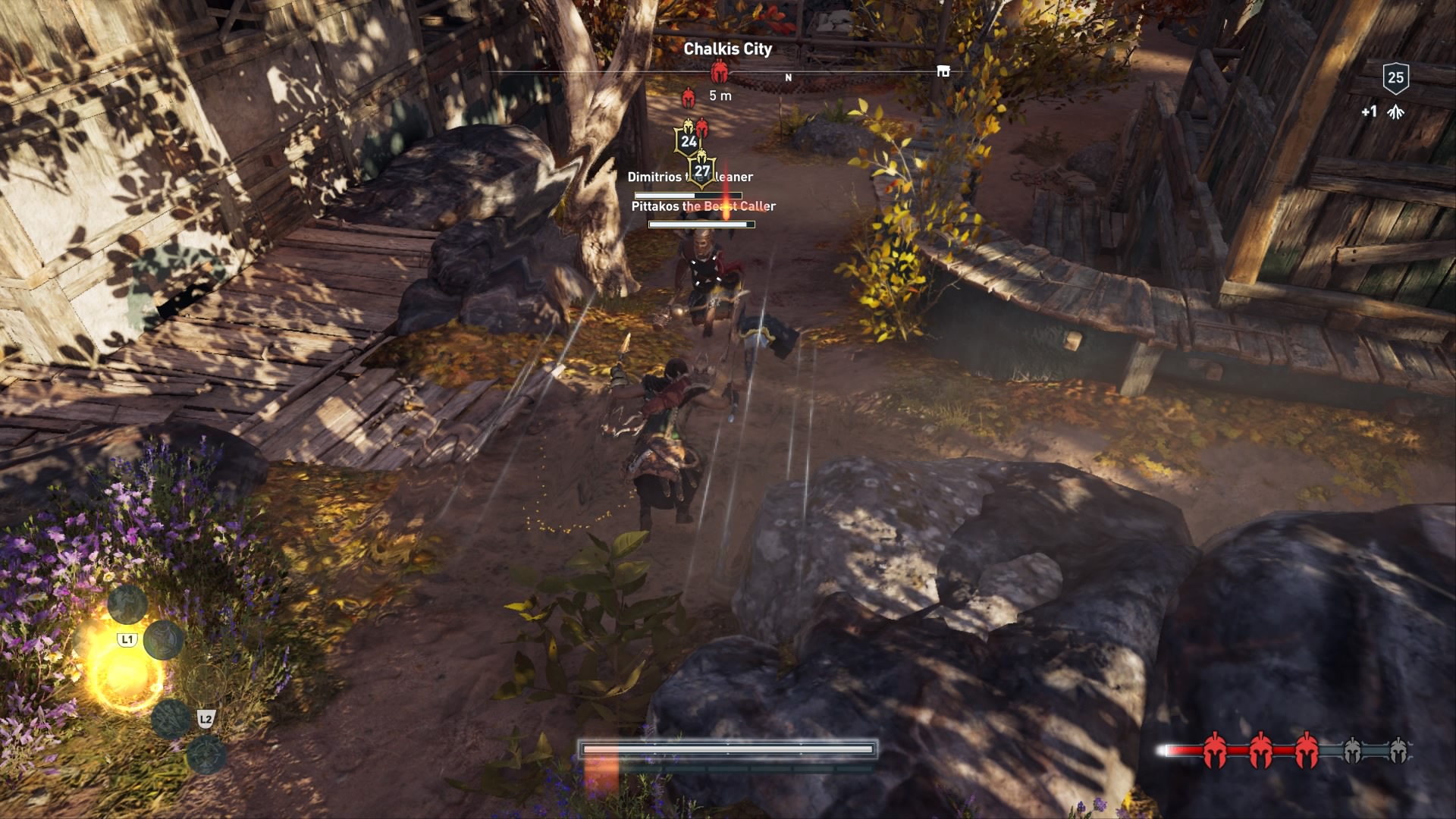 Sparta Kick is also a very versatile skill. Using it on an enemy will send them flying backwards, which if it knocks them off a cliff can deal huge amounts of fall damage. Using this technique you can beat enemies that are much higher levels than you, or just create distance between yourself and an opponent.

The damage that a basic Sparta deals is also non-lethal, which is vital for recruiting crew members to sail along with you. This way you don’t have to mess about with unequipping your weapons every time you fight someone you want to recruit. All you have to do it weaken them with normal damage, then finish them with a Sparta Kick. This means they’ll still be alive and you can add them to your crew.

Weapons Master and Gear Master speak for themselves. They come into play every time you swing your weapon or take a hit from a baddie. Invest in them to give you an edge in battle.

Shield Breaker is one of the most useful skills in the mid-game of Assassin’s Creed Odyssey when enemies start to cower behind shields. It’s really annoying to try and maneuver around them, especially when multiple shielded enemies are attacking you at once, but with one dush from Shield Breaker most enemies will be permanently unprotected. Once you upgrade the ability to its second stage, it’ll work on all shields too. Essential.

There aren’t any glowing flasks, green herbs, or misplaced military rations in Assassin’s Creed Odyssey, so you’re going to want to pick up the Second Wind ability to regenerate your health quickly. Overleveled enemies can rip through your vitality bar like a honey badger through a Ubisoft protagonist, so this is skill can be invaluable against tough Mercenaries and Legendary Creatures like the Kalydonian Boar and the Nemean Lion.

Overpower Attacks is also worth unlocking once you get access to it. For three chunks of your Adrenaline Bar it unleashes a devastating attack depending on the type of weapon you’re using. With large weapons like staffs you’ll whirl around hitting everything in your path, while with daggers you lunge forward and hit for huge damage. This is useful against boss characters with a lot of health. Plus it restores quite a lot of health when you use it too.

The Battlecry of Ares is the top ability on the Warrior tree, and with good reason. It’s a beast. At the cost of no adrenaline, you deal more damage and can’t be killed. It’s great for getting you over the line against tough legendary enemies.

Flaming Attacks can also be useful, and is cheap because it requires no adrenaline to activate. The chip damage is good against bosses too, but most fights will be over too quickly for you to really need it – but if you like looking cool, this is a fun skill to pick up.

If assassins didn’t want to be stealthy, why would they wear the hood? Stealth and killing quietly has always been a part of Assassin’s Creed and is a powerful tool in the Misthios’ arsenal in Odyssey.

Shadow Assassin is an essential perk if you want to keep things quiet. It boosts your assassination and knock out damage, so you’re more likely to take out an enemy in one hit rather than start a brawl. Pick up all three levels of this as soon as you can.

Rush Assassination should be second on your list for a stealth playthrough – or any for that matter. It’s just like a regular assassination, but in exchange for one chunk of adrenaline can be performed at a large distance. This is super useful if you get spotted, meaning you can quickly deal with enemies at range before they raise the alarm. What’s more, you can chain the attacks together, which lets you assassinate multiple enemies in different spots in a flash.
Critical Assassination is also very useful. If you sneak up on an enemy, this skill lets you deal double the damage you’d do with a regular attack. This makes light work of tough enemies and brutes, and takes a significant chunk out of bounty hunters and mercenaries. 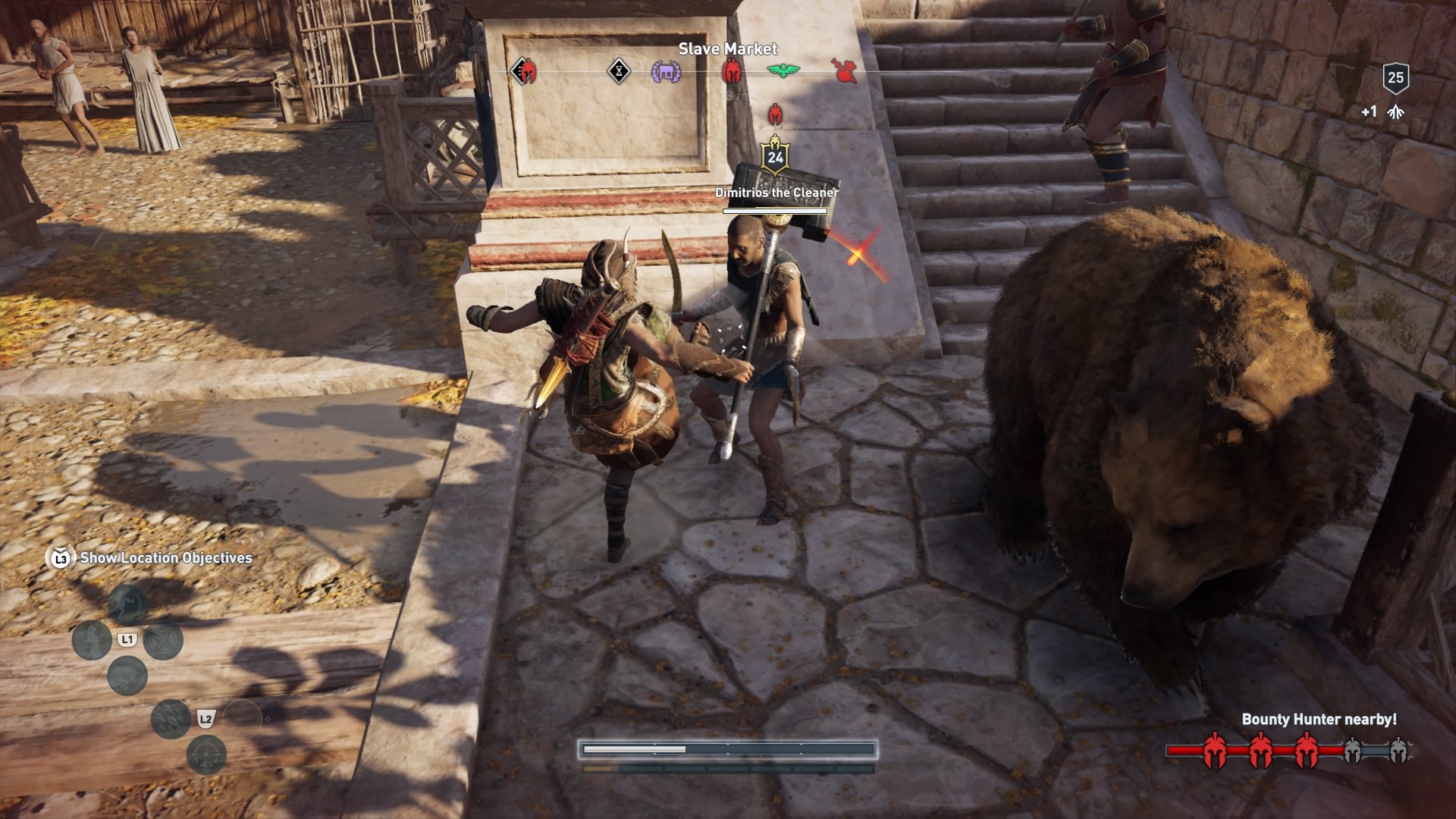 When it becomes available later on in the game, Stealth Master is also worth a point of two. It makes enemies less likely to hear you dismembering their friends, while the second level of the skill reduces their ability to detect you when crouching.

Predator Shot is a great way of dealing heavy damage from a distance and even around corners. It’s a good way to start off a fight with a tough enemy if you can’t get close enough for an assassination.

If you’re clumsy with stealth, Sixth Sense can get you out of trouble. It gives you a five-second window to let buffed-up homing arrows fly before the alarm gets raised. The ability works if you expose yourself purposefully as well, so it gives you the advantage at the start of a scrap too.

Arrow Master’s Paralyzing Arrows are similar to the Sparta Kick Warrior skill because they let you knock out enemies without killing them, which is vital for building up a decent crew for the Adestria. If you want to main ranged weaponry then this should be one of the first skills you pick up.

This is another no-brainer for ranged users. Archery Master not only gives your damage a blanket buff, but the first level makes it so you don’t use up any normal ammo with your abilities – useful when olive wood is an in-demand resource thanks to needy ship upgrades.

Less than stellar crowd control is a weakness of the bow in Assassin’s Creed Odyssey, but Rain of Destruction goes some way to making up for it. It allows you to target multiple enemies with a volley of arrows that deal high damage. This is great for taking out clusters of enemies that would be too bunched up to assassinate individually.

1000% damage is nothing to sniff at, making Overpower Bow Strike a powerful tool at the top end of a Hunter’s arsenal. It creates a huge explosion on impact too, which also goes some way to covering ranged’s weakness against groups of enemies as an added bonus.

The Ghost Arrows of Artemis skill shoots an ethereal arrow that can phase through solid walls and shields. You can even line up skillshots since the arrows pass through enemies. If you don’t pick up the Shield Breaker Warrior ability, then the Ghost Arrows of Artemis also give you a good way to reliably break through enemies’ protection. It’s a good ability to use when infiltrating places stealthily too, since you can take out enemies you otherwise be able to get to through walls.