Why licensed video games used to be so bad was first published on April 26, 2018.

Looking back, the Batman: Arkham games felt like a shift. With tight level design, a bespoke story, and crunchy combat, Rocksteady proved licensed video games don’t have to suck. You can feel Batman’s influence in Middle-earth: Shadow of Mordor and Mad Max – two more competent, Warner Bros-published games based on films – and you can even see its shadow on the upcoming Spider-Man game from Insomniac.

Of course, good licensed games existed before Rocksteady slipped on the cowl. Chronicles of Riddick: Escape from Butcher Bay showed 14 years ago that video games based on movies can be great if they are willing to tell their own story. Still, tie-in flops used to line pre-owned shelves in every game store. So, what problems existed before that have seemingly been eradicated now?

Since Warner Bros is having so much success with tie-ins lately, it feels appropriate to first look back on one of its biggest video game flops: Catwoman. “Catwoman was a striking example of the things that can go wrong with a tie-in game,” GroundShatter Games boss James Parker tells me of his time working on the game. “There was a huge amount resting on it.”

Back then, Halle Berry was one of Hollywood’s most bankable stars, coming fresh from the back of an Oscar win. Christopher Nolan was tinkering away at rebooting Batman, so Warner Bros saw the Catwoman game as a way to pull more fans into the DC-verse before the Caped Crusader returned to the big screen. 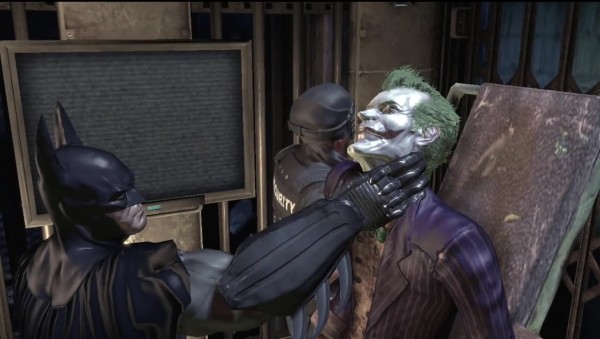 “As a consequence, there was a large number of stakeholders that needed consultation on everything, which would have been fine if the team wasn’t being asked to work to an incredibly tight deadline that – as they were constantly reminded – could not change,” Parker remembers.

“These days, it’s rare to see a direct tie-in with a movie release – especially one that is released day-and-date with the film – but back in the ‘90s and early 2000s, that was the done thing. I was lucky that I was brought onto the team very late in the development from a satellite Argonaut studio to help on some of the platform ports, but the team who had been working on the project from the beginning had been doing crunch since day-zero; six months in they were still working from 11am to 1am, seven days a week. Enough to break even the most committed of people.”

Parker says the project failed due to chronic mismanagement, but that mismanagement was unavoidable because of the context. “All the things that can wrong with game development are compounded within a movie tie-in,” he explains. “The goalposts are moved as the story or contents of the film change, and having several layers of approval – often from people who neither understand nor care about the game adaptation – means that schedules can be thrown off by no fault of of the developers, and all the time they’re facing down an unchanging release day. There’s ultimately there’s only one place that a game created in that kind of maelstrom is going to end up.”

That rigid release date is the main reason Catwoman failed. Every little edit made to a character model or a cutscene as reference material was altered rippled throughout development, caused problems that need fixing elsewhere, and slowed down the entire project. On top of that, because cinema is such a visual medium, the top dogs cared more about the look than the game’s systems or level design, which is why the Catwoman model is the most striking thing about the game – especially when imposed onto the less impressive environments. The priorities were skewed. 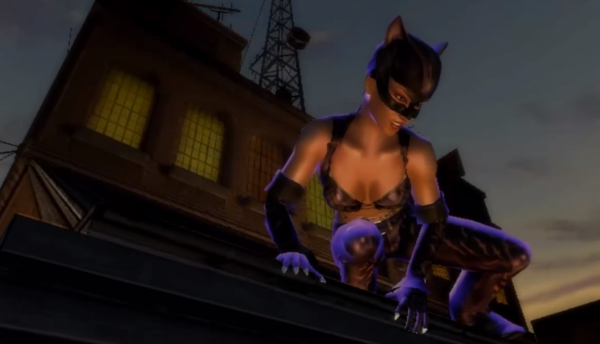 “From what I’ve seen, the main reasons that things are better now is that more people understand games in general, there’s more trust on both sides, and film tie-ins are now a lot more focussed on fitting into a franchise overall than being forced out on the same day as a cinema release,” Parker says. “There’s also the fact that big games are big money, whereas in the past they might have been made within the marketing budget of the film. As long as they promoted the film they were tied to, the quality didn’t matter – now they live or die as products in their own right.”

Publishers love tie-ins because they come with an embedded audience. Look at games such as Star Wars Battlefront 2, which promise to fill in gaps in the story between movies, slotting into universe canon. What Star Wars fan wouldn’t want to experience that? It isn’t all about the money men, however – the developers themselves often love working on tie-in games, and they want them to be good. For a regular developer, working on a tie-in is no different to working a game that is the sole vision of the game director, except for the fact they are likely already familiar with the source material.

“It’s fun for developers to work with well-loved or exciting new IPs, and it takes a lot of the doubt and uncertainty out of the process,” former Traveller’s Tales developer Chris Payne tells me. “Everyone knows how Buzz Lightyear should feel to control – those predefined abilities and personality traits are better than any game vision statement. I did a talk recently aimed at helping film production studios understand the benefit of a good game adaptation. I don’t really want to re-enact any of the Star Wars films beat for beat, but Knights of the Old Republic created a whole new galaxy to play in and enriched the source material.”

Of course, Payne has also seen the other side of movie tie-ins. One of the developer’s first jobs at Traveller’s Tales was doing the Xbox port of Finding Nemo. The PS2 version of the game followed the movie’s story, and it did a good job of recreating the feeling of swimming through a reef as dappled light breaks through the water’s surface. On PS2, those hazy illuminations were created via an illusion: wobbling some dynamic lights above the water’s surface to simulate caustics. The Xbox, which was new at the time, allowed the team to use shaders for the first time, and this new tech allowed the devs to project an animated caustic texture over the water to create a look closer to Pixar’s sterling animation work. 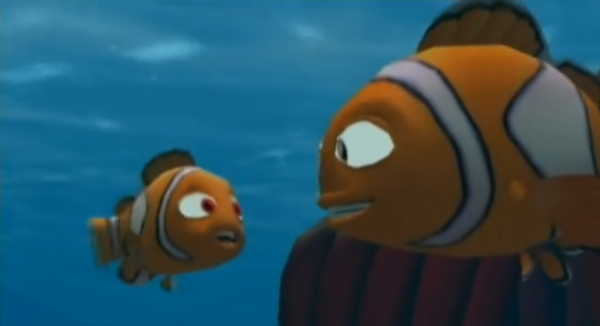 “However, the levels were interspersed with film clips which I had to get onto the console, and for budgetary reasons we were stuck with the very early Xbox video codec,” Payne remembers. “I don’t know how well you remember Finding Nemo, but it was gorgeous – full of vibrant colour and a wide range of rich blues. The codec mangled them. I spent days and days twiddling the settings to try to get a decent result, but even the maximum bit rate couldn’t do Pixar’s work justice. The game shipped with horribly compressed video clips and extreme banding.”

As well as having to work with suboptimal tech, Payne says that other projects were up against the same problem Parker alluded to: time restraints. Until recently, publishers were obsessed with hitting the same PR window as the movie for video game tie-ins, and this often led to projects being scaled back.

“TT did a couple of other movie tie-ins that I wasn’t very involved with,” Payne explains. “The Lion, the Witch and the Wardrobe was a straightforward action adventure that looked great – I recall a spectacular blizzard level with incredibly good snow, which had to be cut back because it was costing something like 25% of the frame [rate]. Then there was Transformers, which suffered badly from a short dev cycle. I believe we had CG models from the Michael Bay movie which were utterly unusable for creating game assets because you can’t simplify a model made of thousands of tiny moving parts. The robots took forever to build and animate, leaving very little time to build varied movesets.”

Of all the tie-in projects he was involved in, Payne says the most difficult was The Chronicles of Narnia: Prince Caspian, thanks to an ambitious design and a tight deadline. Traveller’s Tales’ first Narnia game had four playable characters, but the designers for Prince Caspian wanted to make every character playable, just like in the studio’s Lego games. 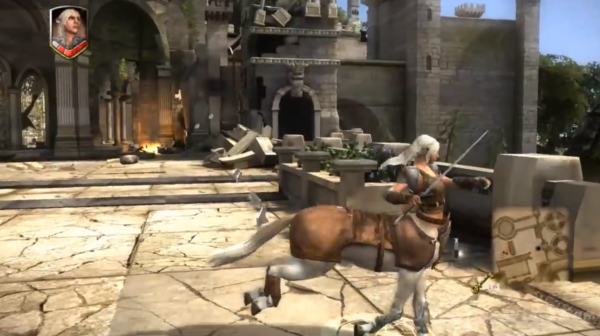 “Unfortunately, where almost all the Lego characters share the same skeleton, in Narnia we had dwarves, humans, minotaurs, centaurs, fauns, mice, giants, and more,” Payne remembers. On top of that, the game was planned to have epic battle scenes inspired by the work of WETA, a VFX studio that is responsible for battle scenes such as Helm’s Deep in the Lord of the Rings movies.

“Because the movie reference was so slow to reach us, we built a vertical slice as a prequel level based on a castle siege,” Payne says. “This gave us some freedom, but it was incredibly ambitious. You could ride giants, wade through the enemy army and smash catapults, which collapsed into physics debris in slow motion. There were barrels that broke, scattering the floor with apples, until we simplified them for performance reasons. And because every character was playable, we had to have two sets of combat animations – the AI had elaborately telegraphed swings, while the player had punchy responsive moves.”

Unfortunately, during the madness of deadline crunch, a test build setting found its way into the final game and the enemies ended up with the same animations as the player, ruining combat. “Without the nicely telegraphed animations, combat was much tougher and less visually interesting,” Payne explains. “We’d shipped it on time, but the film flopped, and after mediocre reviews, so did the game. It was disappointing after the whole team had worked so hard on it, but we were lucky that TT’s Lego franchise picked up the slack. We never did another movie license that wasn’t Lego.”

Still, these experiences have not soured Payne nor Parker on the prospect of making licensed games. Payne is currently running his own studio, and he’s open to working on established licenses once more. “A good IP brings a ready-made audience, which is oxygen for indie developers,” he says. Likewise, Parker is running his own studio, and he would love to work on an a tie-in: “If the producers of Bad Boys 3 are reading this and want a tie-in game, then call me,” he laughs.

Now both developers are in charge of their own destinies, deadlines, and workload, licenses aren’t the potential nightmare they once was. It seems that triple-A studios have taken the same lessons from years of flops, too, which is why the volume of licensed games is down and the quality is up. Now, where’s the good Game of Thrones RPG we deserve?