Cyberpunk 2077 – CD Projekt on Night City, its buildings, NPCs, and the deserts and mountains beyond was first published on August 25, 2018.

Towards the start of Cyberpunk 2077’s gamescom demo, lead character V awakes in her apartment and pulls back the blinds.

As light shafts penetrate the room, we get our first glimpse of Night City – all neon and metal, dozens of skyscrapers jostling for space among the noodling highways and cross-section back-alleys.

This is V’s first apartment and it acts as your hub until you purchase another property in one of the game’s six districts. While stuffed with detail, it isn’t exactly lavish. It is located right near the top of a megabuilding, a superstructure built to pack in Night City’s residents and solve the housing crisis of the future.

Leaving your apartment isn’t a case of clicking the door, watching a loading screen, and appearing on the city streets. Instead, you put on your jacket, walk out the door, and find the massive industrial elevator to take you all the way down, past the boxing gym, shops, and apartments housed in the block. The megabuilding seems almost like a level in itself. 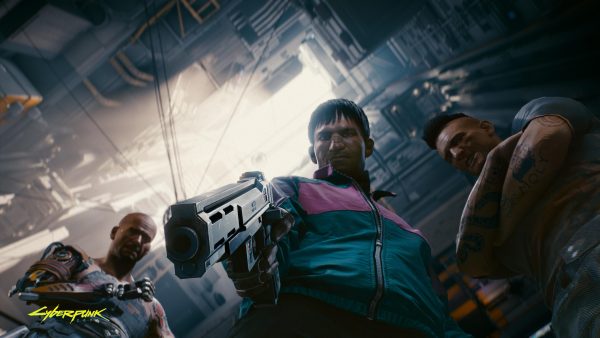 During the demo, we’re taken through abandoned factories, into the dam, and through the city streets, both on foot and by car. The attention to detail is impressive, with hundreds of different NPCs milling about, cars cruising by, crime scenes being attended to, and steam hissing up from the sewer grates. On the side of one building, a neon tree juts out, its glowing leaves drifting to the ground. The person playing the demo walks past like it’s nothing.

The Witcher 3 was detailed, but Cyberpunk 2077 is on another level. This, in part, is because of the new perspective – you’re more likely to notice something looks off from first-person, so CD Projekt has crammed Night City with character. Even the NPC crowds walking the streets appear distinct despite their numbers, and the developer says each will have their own unique regime.

“Our community system is based around routines,” producer Richard Borzymowski tells me. “In certain parts of the city there are communities set up, they have their routines and they behave differently during the day and night. Districts that might be very lively during the day might be very empty during the night, which might influence you going there because there might be some other guys going around. You have to constantly think about what you’re doing at what time.”

Just like the blacksmiths of The Witcher 3 who serve you during the day and return home during the night, Night City will have its own rhythm. “Some people are [shopping] for groceries, calling people, etc,” Borzymowski explains. “We aim for a realistic city. To create a realistic city environment, you need the blood of the city which is the population, otherwise it would feel empty.” 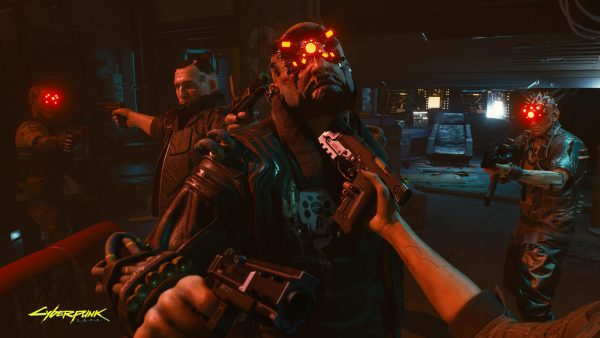 Because Night City is a global metropolis, you will meet people from all walks of life. It’s a multicultural hub and will be a melting pot of various cultures, which allows the developer to expand on the variety promised. It’s all about creating a believable space, a “realistic city” that feels alive. This ethos even extends to the interiors, where level design intersects with the environmental team to keep areas believable. CD Projekt call Cyberpunk 2077 an RPG, but there’s more than a flash of the immersive sim to its design process.

“We want to make sure each situation is approachable in different ways for the many different builds the player might have,” Borzymowski says. “They have to be able to enter in any way, and they have to be able to complete it. This is certainly a challenge for us, but we are building level design around two things. We want to keep every location realistic – we don’t want to build big mazes that don’t feel right. An office space is an office space. On the other hand, we have to implement all the gameplay systems into them as well.”

Every interior not only has to act as a space to accommodate both stealth and combat, they also have to appear lived-in. 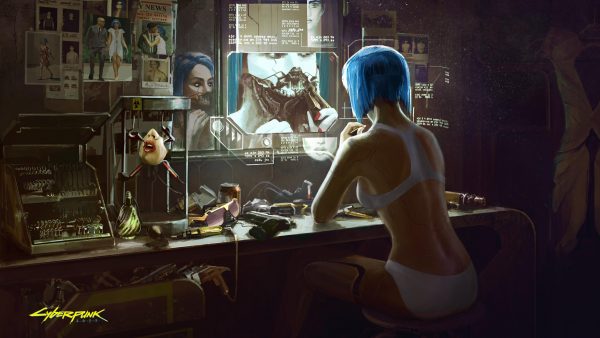 “That means we need to make sure what the environment team does is consistent with the location we create. Otherwise, we give them something that works scenario-wise but they say, ‘Hey, guys, this is an old factory and they tend to look like this, so we need to extend the corridors, add additional rooms’. We’re adding toilets, we’re adding receptions, we’re adding back areas. Otherwise a nightclub isn’t a nightclub. No nightclub in the world has just a dancefloor.”

Because the city is split into different districts, the developer is attempting to give each its own distinct flavour as well. Each area will feature different architecture – some will be affluent, some will be poor – different NPCs will walk the streets, and different cars will zoom by. If you listen to the sound of the city, you will even notice different languages appear more often in the various districts and the residents of each prefer different genres of music.

“All of that adds to the ability to distinguish between each district,” Borzymowski explains. “We want the player to feel they’re in a district even without looking at their compass. It’s a big city, people tend nowadays to use GPS, but we’re building it in such a fashion that the player should always have a point of interest in sight so they can orient themselves. It’s not always a big building, sometimes it’s a hill or the mountains on one side, the sea on the other side.” 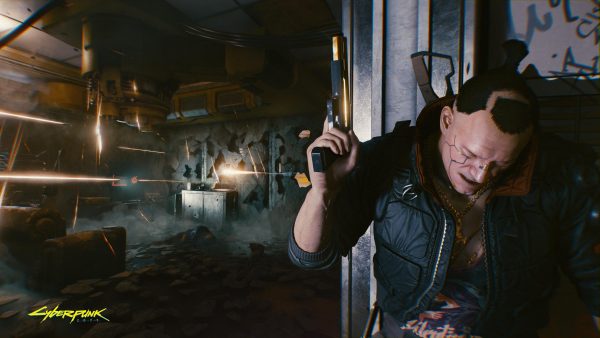 Just like in The Witcher 3 when you first get to Skellige and you realise there’s more to this game than the one massive landmass you start on, Cyberpunk 2077 will also feature areas beyond Night City and its many interior locations.

“It’s the city and there’s a certain degree of the outskirts of the city as well,” Borzymowski says. “We are not putting an invisible wall after the last building in the city because it would completely break immersion. The city is located on the West Coast in California, there is a desert, there might be something else, and we have the sea on the other side.”

If the finished product is in line with what we’ve seen behind closed doors, Night City and the spaces beyond will be as dense as they are vast. Personally, I can’t wait to pull back the blinds, bask in the morning glow, and imagine what adventures await me in the city below.