Pokemon Go will get rather festive starting next week when Delibird returns in a winter Holiday Event.


Starting on December 18, Pokemon Go players can enjoy participating in the next in-game event which is holiday-themed.

Players will find Ice-type Pokemon appearing more frequently in the wild. This includes critters such as Jynx, Sneasel, Swinub, Snorunt, Spheal, and Snover.

Other Pokemon such as a Pikachu will be wearing a festive hat, until January 2.

Smoochum, Azurill, and Munchlax will also have a greater chance of hatching from 7 km Eggs during the event.

Trainers will also earn a free, single-use Incubator once per day when spinning a Photo Disc at a PokeStop until January 2. 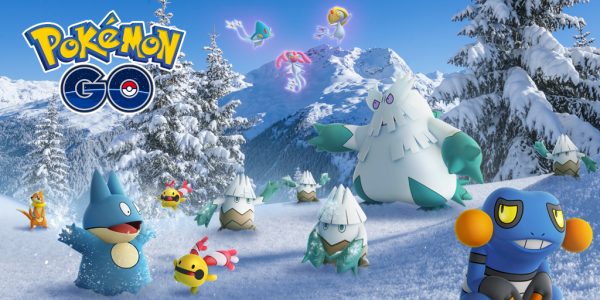 There will be plenty of other bonuses throughout the event. From December 18 to December 22, Trainers will earn double Candy for catching and transferring Pokemon.

Finally, from December 30 to January 2, Incubators will be twice as effective.

Pokemon Go players can also deck their Trainer out with a Delibird-themed sweater, gloves, and boots which will be available on December 18 in the Style Shop.

Don’t forget: now through Monday, December 17 Legendary Pokemon Lugia and Ho-Oh are joining raid battles. And be sure to complete Field Research quests for December.