If Red Dead Redemption 2 is a PS4 and Xbox One milestone, do we really need next-gen consoles? was first published on November 29, 2018.

In 2005, when Grand Theft Auto: San Andreas released on the original Xbox, I remember playing it and thinking ‘well, this is as good as games are going to get on this system’. By ‘good’, I suppose, I really meant ‘big’; San Andreas isn’t necessarily the best game on the system, but it was the first one that made me really start to think about what the next generation of systems would be like. How could they push these boundaries out further?

Years later, when Grand Theft Auto 5 miraculously loaded up onto my Xbox 360, I thought the same thing. ‘Here’s the limit of what these systems can do’, I said to myself. Again, not my favourite game on the system – honestly, it’s not even my favourite GTA on there (I will defend Grand Theft Auto 4 forever) – but it’s the game that made me question how the next generation of consoles would be able to top it.

Now, of course, the phone in my pocket can play San Andreas. GTA 5 was, predictably, eclipsed by its next-gen port, which further highlighted how extraordinary it was that Rockstar managed to get the game running so well on Xbox 360 and PS3. These games are still amazing, but no longer cutting edge.

Now Red Dead Redemption 2 – a game that I played through using a standard PS4, plugged into my aging 46 inch Sony Bravia – has once again got me thinking about the limits of the system I’ve played it on. It’s a visual stunner, of course, but its appeal goes far beyond that. When you awaken from a campfire in Red Dead Redemption and the sun is cresting on the horizon, the wind softly rustling through the trees, and you walk over to watch deer drinking from a spring, it’s engrossing. I found that I was less likely to think ‘oh, this looks good’, and more inclined to say to myself ‘oh, what a nice day this is’.

“The constant drive to go bigger and better means that technological milestones can feel fleeting, and we don’t remain amazed by anything for long”

When I left my house to do some grocery shopping after exploring a bayou in the rain in Red Dead, I was genuinely taken aback when I discovered that it was a nice day outside. There was a point in the week after the game’s release where I realised that I was now thinking most of my thoughts in Arthur’s voice. I was obsessed.

Red Dead Redemption 2 is astonishing. I’m amazed by how cohesive and reactive its world is, how compelling its stranger missions and random events can be, how around every corner there can be a new vista to marvel at, through every door a new detail to appreciate, in every conversation a piece of writing that hits the exact right note. It feels like a place I have lived in. Here’s a world that feels real, filled with people who feel fully developed and human. It’s achieving so many of the things I have spent much of my life wanting games to achieve. 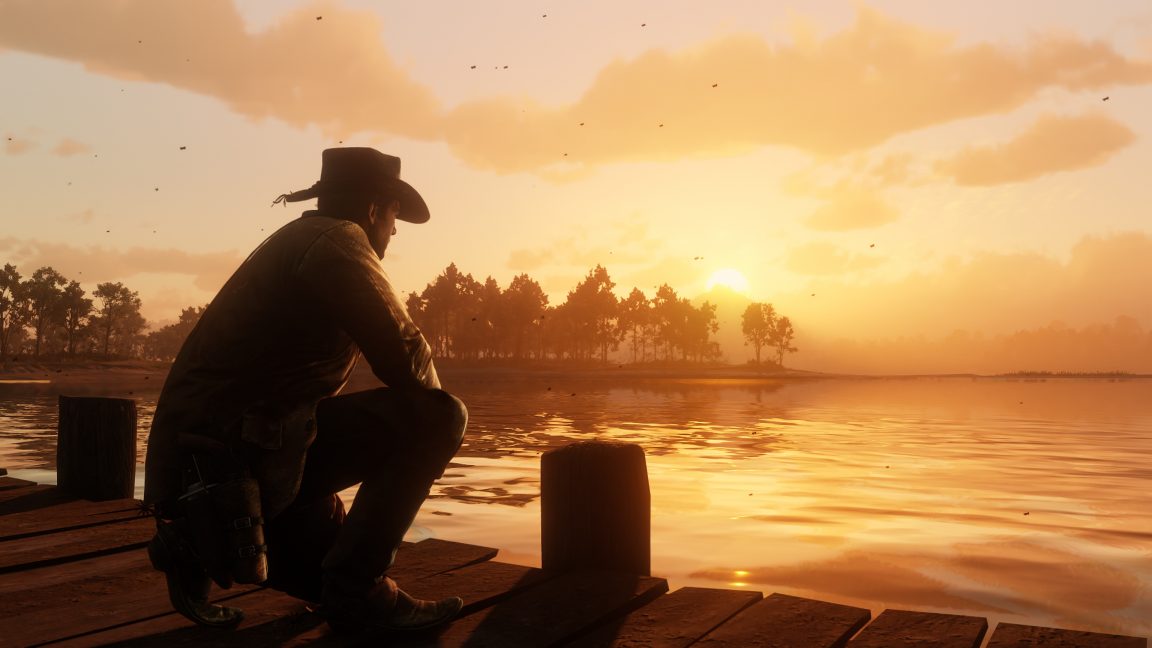 It took me around fifty hours to finish the campaign, and even now I still have large swaths of the map uncovered and stranger missions I’m yet to complete. I’m still experiencing chance encounters that are new to me, and I’m aware of all kinds of weird cool shit, like vampires and serial killers, that I have not yet dug into. The impending release of Red Dead Online looms large over my free time. There is just so much here, and all of it has been realised so well.

And because of all that, this is also the game where the concept of asking for more, of wanting new consoles to come along and offer something deeper and better and more beautiful, has started to really exhaust me. We’re deep into the console cycle and know that new systems are likely to be revealed within the next year or so, or at least very openly talked about. Sony skipping E3 next year only has us all the more convinced that they’re gearing up for a big reveal towards the end of the year. But I’ve been so awed by Red Dead Redemption 2 that I can’t help but think ‘surely this is enough?’.

I’ve had moments like this throughout the year. Marvel’s Spider-Man – a less interesting game, but one with a tremendously well-realised aesthetic – had me wondering ‘do games need to look better than this, really?’ The wonderful Forza Horizon 4, easily the best-looking exclusive I’ve played on my increasing outdated launch model Xbox One, prompted a similar reaction. If Dreams is as good as it looks like it’s going to be, I suspect I’ll think the same thing when I get my hands on it.

To me, Red Dead Redemption 2 feels like proof that the current generation of consoles can do everything you could reasonably ask for a big-budget genre piece to do. The next generation could, I suppose, theoretically run the sort of game experiences that don’t exist yet, genres and styles that simply aren’t possible today. But I know, realistically, that’s not going to be what happens. Triple-A design never changes that severely, and we’re going to get games focused on pushing tech further above all else. 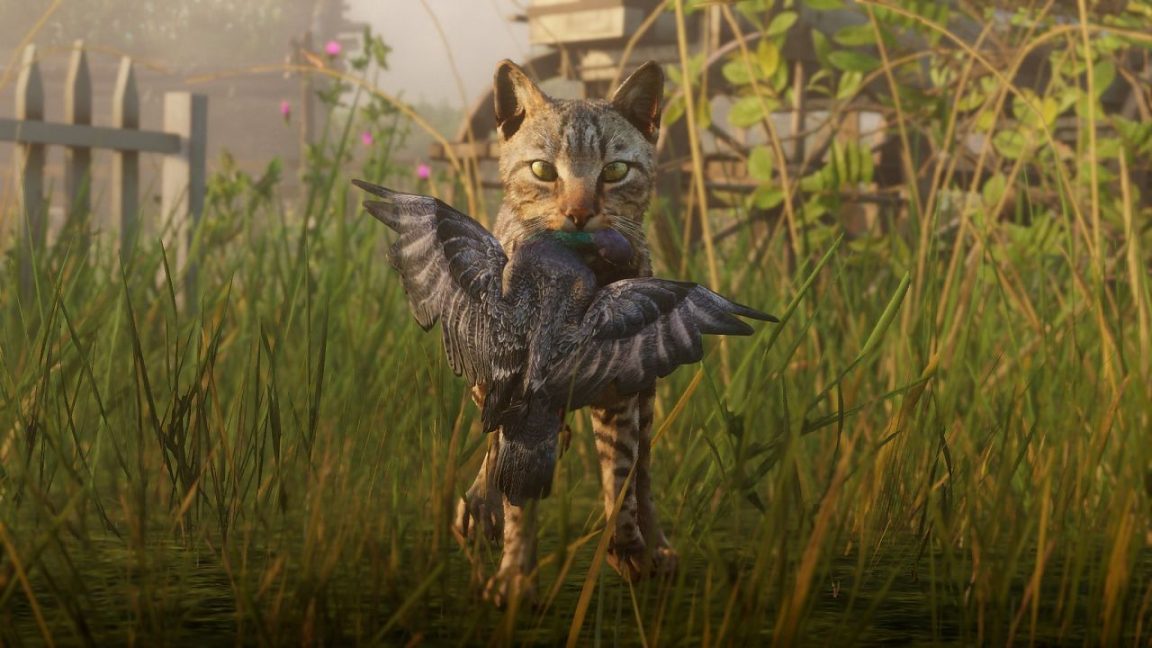 The human cost of Red Dead Redemption 2’s development has also been the subject of much discussion. It was made under what we need to call unacceptable conditions, with reports of extreme crunch for team members throughout the game’s lengthy development cycle. Unless there’s a fundamental shift in how games are made – enormous, sweeping changes in the technology and processes involved – this is not a problem that is going to be improved by more powerful machines.

Is it unreasonable to expect developers – real people, who deserve some time to go home, to see their families, to have hobbies and live independent of their work – to start thinking about what hills are left to climb? Is it not reasonable to really think, at this point, that we can cool it for a bit on the endless pursuit of something more powerful? Wouldn’t it be okay if things just stayed at the level games are already achieving for a while?

At what point does it become unreasonable to expect more from a game? Unless there is a fundamental restructure in how games are made, then expecting any team to craft a game more intricate, detailed, and enormous than this one seems unfair. The games we can make on these systems are already phenomenal – perhaps let’s focus on how to make things better for the people creating these games before we ask them to take things even further.

It’s worth noting that I, of course, am not a developer, and can’t speak directly to why development teams might or might not want to work with more powerful system. And I imagine that this article will not age well. Sony will unveil the PlayStation 5, Xbox will show off the Xbox Scarlett, and in five years anyone who stumbles back upon this article after Googling for news of the RDR 2 iPhone port will likely scoff at it before they sync their contact lenses directly to their games console. This is, of course, all part of the problem – the constant drive to go bigger and better means that technological milestones can feel fleeting, and we don’t remain amazed by anything for long. 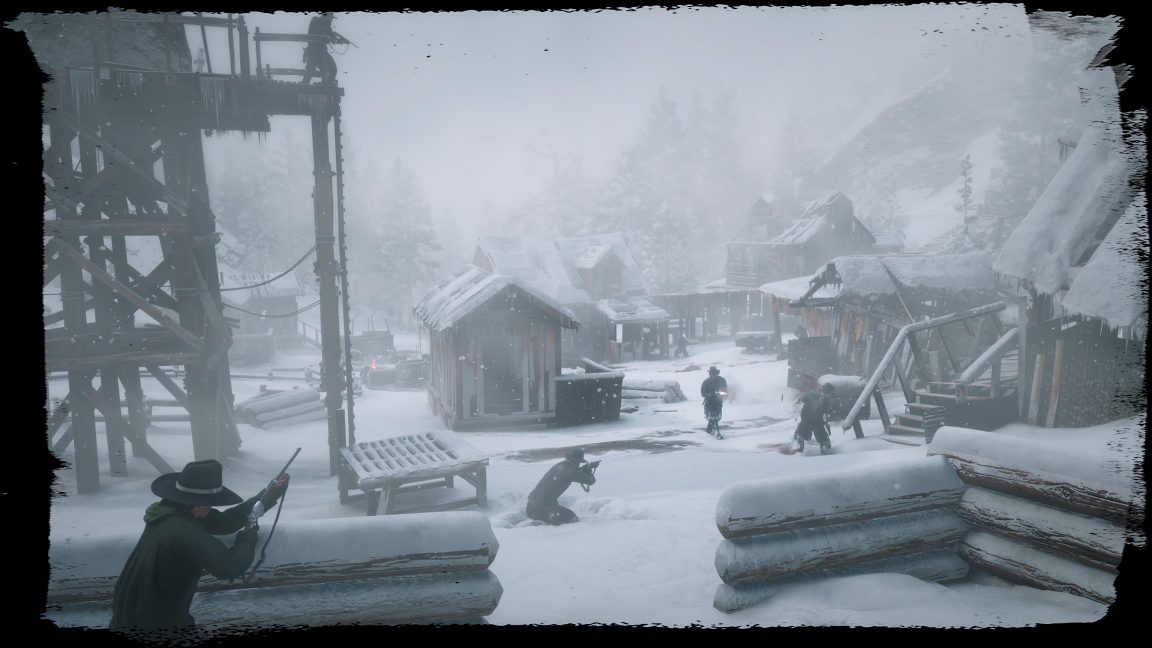 It’s been heavily speculated that Cyberpunk 2077 is going to be a cross-generation release, and that it might be too ambitious for the PS4 and Xbox One. Perhaps, but that game was announced back in 2012, and still has no firm date set in place – that’s the sort of long development time and scale that very, very few developers can handle. No matter how great that game is, we’re all immediately going to start speculating on how to take things even further. But personally, I’d like to live in this moment, and marvel over the achievements of Red Dead Redemption 2, for quite a while yet.

Looking to replenish your camp’s ammo and medicine, or want to find the best gear? Check out our ultimate Red Dead Redemption 2 guide for more tips and tricks. You can also find our Red Dead Online beta guide here to show you how to form a Posse and take part in the Make It Count Battle Royale.