Rapper 2 Milly made good on his word, and has filed a lawsuit against Epic Games for using his Milly Rock dance as one of Fortnite Season 5’s emotes.

2 Milly filed a lawsuit earlier this week against Epic Games, and is seeking an injunction and monetary damages over the use of his Milly Rock dance in Fortnite, known as the Swipe It emote.

According to information on the suit obtained by The Hollywood Reporter, the complaint states use of the Milly Rock dance is in violation of “the right of publicity,” citing other emotes in the game based on popular or famous dance routines as a continued theme of ‘violation’.

Specific examples of moves used by Epic Games in the suit include Fortnite’s “Ride the Pony” emote which is a frame-by-frame recreation of Psy’s dance Gangnam Style.

Other dance steps exampled in the filing include Alfonso Ribeiro’s “Carlton” dance on The Fresh Prince of Bel-Air, which also happens to be included in Destiny as the Enthusiastic Emote. The filing also called out Fortnite using Scrubs actor Donald Faison’s Turk’s Poison dance which is Fortnite’s default emote. The actor said last month he was displeased over the use of Poison dance, but showrunner Bill Lawrence said Epic inquired over its use, which was find “because it’s just a character dancing.”

“Upon information and belief, Epic creates emotes by copying and coding dances and movements directly from popular videos, movies, and television shows without consent,” Carolynn Beck, the attorney for 2 Milly wrote in the complaint. She goes on to accuse Epic of “consistently exploiting African-American talent in particular in Fortnite by copying their dances and movements.”

While business and entertainment lawyer Merlyne Jean-Louis commented previously copyright “regarding choreographic works does not exist,” The Hollywood Reporter found copyright law “does allow choreography to be protected,” providing the works are fixed in “a tangible medium of expression from which the work can be performed.”

That said, the US Copyright Office guidance “frowns upon registration of ‘social dance steps and simple routines’.”

On Tuesday December 4, 2018, 2 Milly filed an application for a Milly Rock copyright registration four years after it was released.

You can read the full complaint through here.

Fortnite’s Swipe It emote could spark a legal battle between rapper 2 Milly and Epic Games.

Epic Games takes its inspiration for Fortnite’s emotes from all over the place, including pop culture, other video games, and even its fans. But rapper 2 Milly has told CBS that he plans to pursue legal action following the use of his Milly Rock dance as one of Season 5’s emotes.

The emote, called Swipe It, could be unlocked at Tier 63 of Season 5’s Battle Pass which cost $9.50, and players could then buy it outright.

“Everybody was just like, ‘Yo, your dance is in the game,” 2 Milly said. “They actually sell that particular move. It’s for purchase. That’s when I really was like … oh nah, this can’t go on too long.”

Business and entertainment lawyer Merlyne Jean-Louis commented that “There’s a lot of case lawsuits surrounding the copyright of music. Lyrics. Sounds. There’s a full body of case law related to that. But regarding choreographic works, that does not exist” 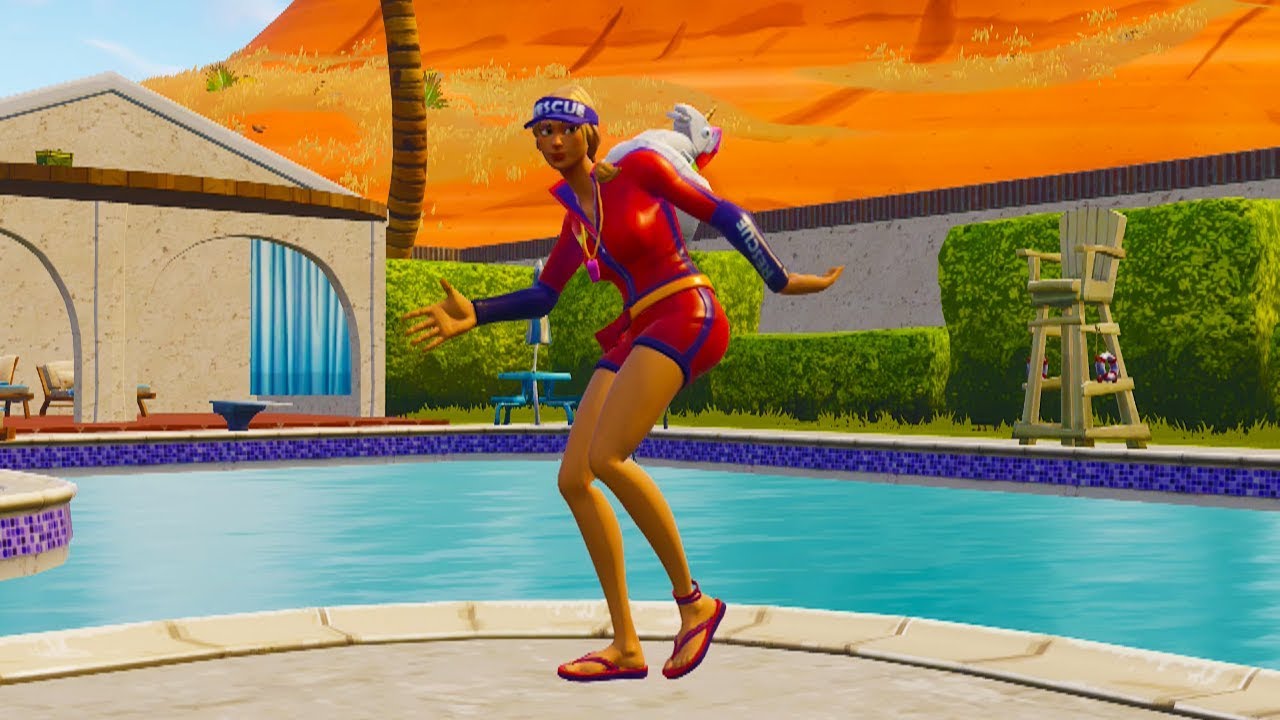 Earlier this year, Kotaku reported that Chance the Rapper had tweeted about Epic’s use of existing dances as emotes.

“Fortnite should put the actual rap songs behind the dances that make so much money as Emotes. Black creatives created and popularized these dances but never monetized them. Imagine the money people are spending on these Emotes being shared with the artists that made them,” Chance tweeted at the time.

2 Milly actually responded to the use of his dance in the game at the time, saying, “I do feel like Chance was very correct in what he said and that if you would have incorporated the song along with the dance title ‘MillyRock’ in Fortnite instead of not using the record and changing the name to the ‘swipe it’ stealing away from my artwork then I’d might be ok with it if we worked out some type of agreement.

“I do take it as a Very big deal I just wish [Epic] would have reached out with a payout and a contract being that I am solely the creator of the Dance And Song MillyRock…I don’t feel it’s appropriate that my art (dance) which is a big part of culture is basically stolen.”

The rapper told Kotaku that he was consulting his lawyers in order to pursue compensation for a “fair amount” for his “addition to the game.”

Talking to CBS, 2 Milly said, “I don’t even want to bash them for all the millions. Know what I am saying? It’s not really like that. I just feel like I have to protect what’s mine.”

Meanwihle in-game, Week 8 Challenges are live, and you can read up on how to earn XP and Battle Stars right here.