More information on the upcoming Call of Duty: Black Ops 4 – Zombies DLC has leaked, and the images show some rather familiar faces.

Call of Duty: Black Ops 4 players will soon have some Zombies DLC to play, and going by the leak its called Night of the Dead.

The information comes from the French version of Call of Duty: Black Ops 4 which shows off the characters and a bit of information. Considering how the maps are named in the zombies experience, Night of the Dead sounds about right, even if Google translate isn’t always your friend.

Here’s what the description reads via the reddit thread, (thanks,CharlieIntel):

NIGHT OF THE DEAD

England, 1912. Associates of the relic hunter Alistair Rhodes, including a pseudo seer, a show cowboy, a retired general and his loyal butler, are invited to participate in a grand ball. But no one suspects the horror that awaits them.

If you look at the screenshot, and individual ones through here, you can clearly make out Charles Dance and CoD: World at War alumnus Kiefer Sutherland.

Surely the bearded fella is Brian Blessed (we hope), and the female lead looks like Lucy Lawless to many (the individual screenshot seems to support this), while others (myself included) are getting a Helena Bonham Carter vibe. It’s probably Lawless though. Anyway, the characters were also outed thanks to a glitch with the latest update for Call of Duty: Black Ops 4 on PS4, according to one reddit user. 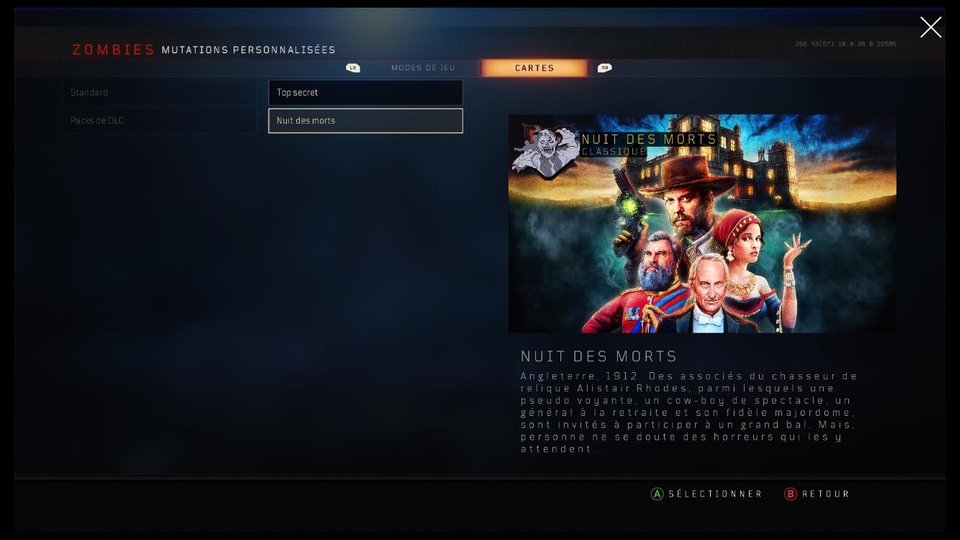 Earlier this month a former Treyarch QA employee leaked Black Ops 4 Zombies information, claiming the first Zombies DLC was a prequel to the Chaos storyline and will introduce four new characters. The former staffers said it was to take place inside a mansion, and the French description above seems to confirm it. It will also supposedly feature werewolves, a ray gun, and other crazy things.

Placing bets now we’ll get a Call of Duty: Black Ops 4 – Zombies trailer for this tomorrow at The Game Awards 2018.