The 1.08 update is now available across all platforms, bringing with it some improvements across all three modes.

A bigger update is due next week, but for now let’s take a look at what tweaks have been made across Multiplayer, Zombies and Blackout.

Various crashes have been fixed for a more streamlined Multiplayer experience, as well as adjusting Hardpoint spawns, Care Packages and Hellstorm Scorestreaks. Various Challenge issues have also been addressed and issues relating to the Zombies maps have been fixed.

Treyarch has promised something big for Blackout, with new features, events and surprises planned for the near future. Enemy Calling Cards, Emblems and Echelon information have been added to the HUD and Killcam’s with today’s update, and Zombies Origins Character Missions and the Blightfather event are coming to Xbox One and PC players later today. 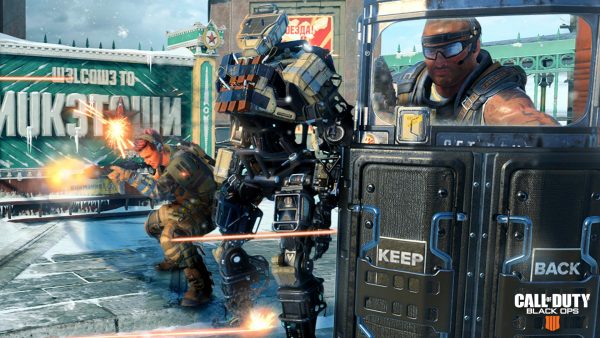 PS4 and Xbox One

We’ve made the following updates to the game on PS4 and Xbox One, with PC to follow tomorrow with PC-exclusive changes:

Stability – Fixed crashes that could occur:

General – Fixed crashes that could occur:

Voyage of Despair – Fixed crashes that could occur:

Blood of the Dead – Fixed crashes that could occur:

Classified – Fixed crashes that could occur:

Whether you’re looking for the best spots to land in Blackout or where to find Zombies, check out our Blackout guide here. Want more? Check out our guide on how to get the Brazen Bull shield. For everything else, take a look at our Call of Duty: Black Ops 4 guide.