In previous Pokemon games, getting everyone on your team to level 100 was a serious milestone in itself. Changes to the systems in Pokemon Let’s Go Pikachu and Eevee mean that power leveling to reach level 100 can be done more easily than ever – if you know how.

In past Pokemon games, it typically took an age of monotonous grinding to even get one Pokemon to level 80. The final 20 levels were even worse still – and as a result, I personally rarely endeavored to even bother with it.

It’s a bit different in Pokemon Let’s Go, though, because you can absolutely take advantage of the game’s new mechanics to game the system. Over the weekend, I took a Weezing the whole way from level 32 to level 100 in under an hour – a lot of leveling, very fast. It was a bit mad, really, but now Weezing can really hold its own against pretty much any trainer in Kanto – except for the Weezing Master Trainer, apparently, because even after maxing Weezing’s Special Attack and training it to be 25 levels higher, “Donnie” still has a better Weezing. Training Weezing to level 100; a supposedly fun thing I’ll never do again. Cheers Donnie.

Anyway, despite my Weezing still being a bit rubbish at level 100, I’ll let you know how you can get to level 100 quickly. Hopefully your Pokemon aren’t as inherently feeble as mine and can actually carry their weight against other Pokes later on in the game. 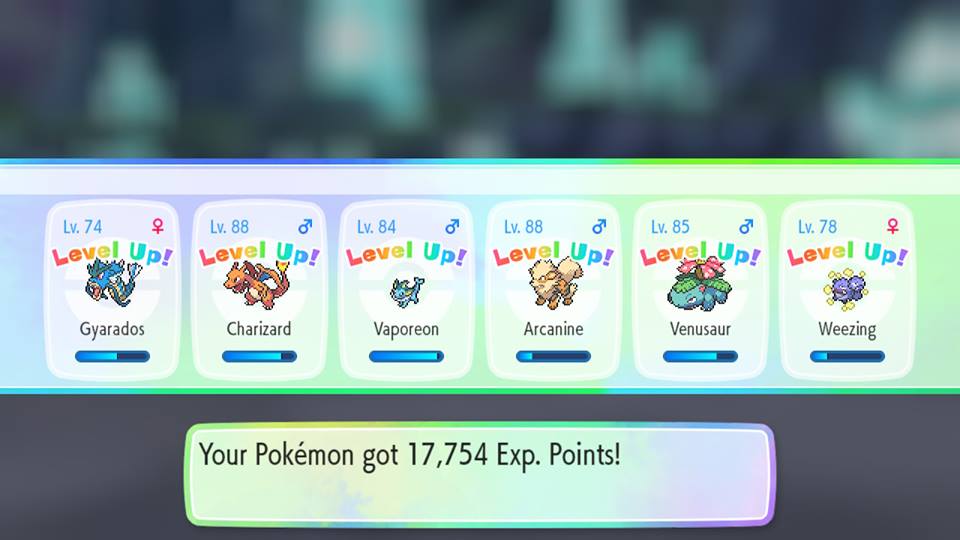 For power leveling, trainer battles aren’t all that useful – seriously

So, you know the way you don’t have to battle wild Pokemon anymore (unless they’re stationary, that is)? Well, catching them nets experience points for your whole team.

So, instead of having to train one Pokemon at a time by grinding the Vs Seeker and battling Bug Catcher Doug’s lovely Weedles, you can actively just go and catch ‘em all and build a powerhouse team while you do so. Speaking of that…

So, you know the catch combos we’ve talked about in a separate catch combo guide and our Pokemon Let’s Go shiny catching guide? They’re handy here as well, as it turns out.

Basically, the higher your combo is, the higher your experience multiplier is. It actually gets a bit ridiculous after a while. I was pulling 21,500 experience points a catch over the weekend just from lobbing Ultra Balls at unsuspecting Rhydon in a late-game area. I got 10 Pokemon to level 100 in a few hours – granted, four of those were already 75+, but it’s still an impressive feat if that’s the kind of feat you’re inclined to find impressive.

Ideally, you want to find an area in which the Pokemon are a high enough level for you to earn more than 62 experience points a catch. I use Cerulean Cave usually (home to Mewtwo), but places like Victory Road and the Seafoam Islands work fine, too. There are also exceptions for Pokemon that are known for being rarer/having better stats, such as the Tauros that roam to the right of Fuchsia City. Just pick somewhere with decently-leveled Pokemon that you like and don’t mind catching 100 of, because you’re probably going to catch 200.

The aim is to stack as many multipliers as possible. The catch combos add one multiplier, but you also get multipliers for size, throw, and technique. If you catch a Pokemon that’s bigger or smaller than any of the Pokemon of that kind that you’ve caught before, multiply. If you get an excellent throw on the first throw and used the motion control to gain the “technique” bonus, multiply by loads. You get the drift.

Aim for huge or tiny Pokemon (they’re worth more EXP each) and try to catch them with a single excellent throw. If they break free, you’re better off without them anyway. Another Pokemon will appreciate you for who you are and get cosy in the first Ultra Ball you throw. (Ultra Balls are still for Tories, by the way, but Poke Balls don’t really work against big and strong Pokemon. Rob them from the in-game Tories – you can literally find Ultra Balls all over the floor in Cerulean Cave – and use them out of sheer spite.) 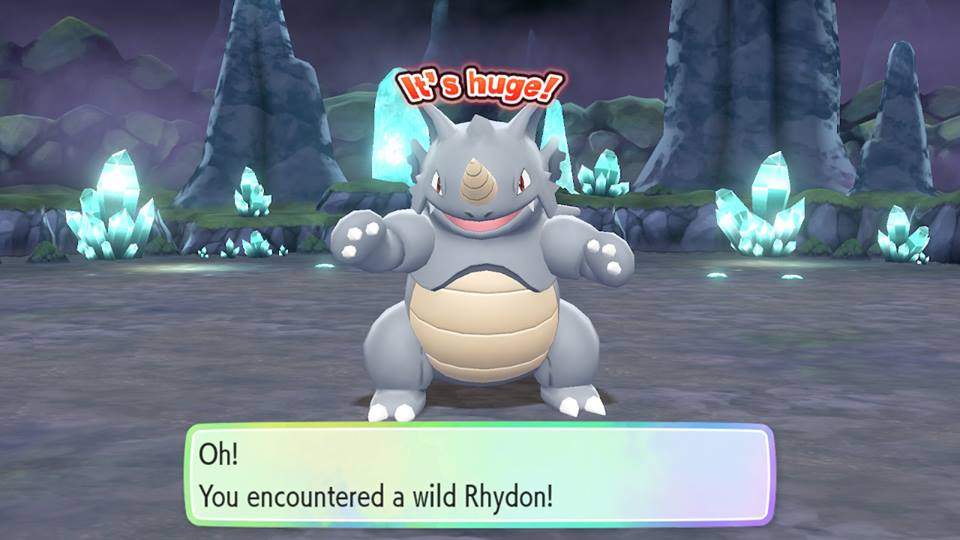 So, obviously this technique works. If you’re getting 21.5k experience from a Rhydon every 30 seconds, you’re going to see Pokemon reaching level 100 lightning fast. It’s important to remember that 100 is actually the highest level, though, so you should probably swap your level 100s out for level 12s as soon as they hit max level.

It seems a bit counter-intuitive if you’ve played other Pokemon games, as going around a high level area like Cerulean Cave with a team of level 7 Pidgeys would land you a death stare from Nurse Joy’s Chansey quicker than you could say “Gust.” There are no trainer battles, though, so throw caution to the wind and go all out with the Pokemon equivalent of the Renford Rejects. 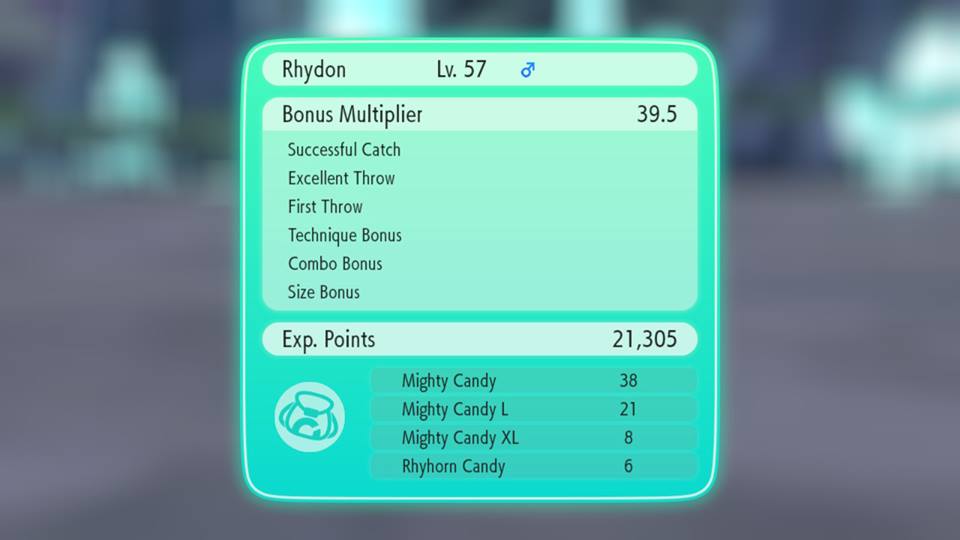 Let’s be honest – after you’ve beaten the Elite Four and completed the Pokedex, you’ll likely be shiny hunting, battling Master Trainers, or building a team for competitive battling. This technique allows you to do all three at the same time, as catch combos increase your shiny odds anyway. As stated above, this is also the fastest way to gain experience in Pokemon Let’s Go.

If you want to tackle the ultimate post-game content – the Master Trainers – you’ll need these high-level creatures to do your bidding. In fact, you’ll ideally need a level 100 variant of each species of Pokemon in this game.

For reference – defeating Lance’s entire team will net you less than 10,000 experience points for a single Pokemon on your team. Catching one Chansey on a chain in Cerulean Cave can get your entire team 50k+. Why would you ever train against the Elite Four? You’re already the Champion, aren’t you? The best thing to do when you have the title is to say, “Oh, my Champion title and I actually aren’t available to battle at the moment – sorry!” Also, the Elite Four just straight up neglect their Pokemon after you battle them for a second time. I don’t see Bruno training his Onix to level 100.

Anyway, the gist of this is – battling trainers is all well and good, but just don’t do it unless you’re stuck for cash. The Elite Four, all eight Gym Leaders, and Red, Blue, and Green are all absolutely minted. Beat them up so you can buy loads of Ultra Balls and Lures and then just catch lots of Pokemon in the way mentioned above. That’s the most efficient way to get your Pokes to level 100 and you might just catch some shinies while you’re at it. The shiny might be rubbish, but you can just train it in the exact same way and then it won’t be rubbish anymore. This is basically magic.