GAME will be going live at 6pm tonight with a fresh batch of Black Friday deals, including one of the best Xbox One bundles we’ve seen so far.

The bundle in question is an Xbox One S 1TB with Battlefield 5, Red Dead Redemption 2 and Dishonored 2: Death of the Outsider for £214.99. Oh, and you get their obligatory 2-month NOW TV Entertainment Pass thrown in for good measure too. Hooray! 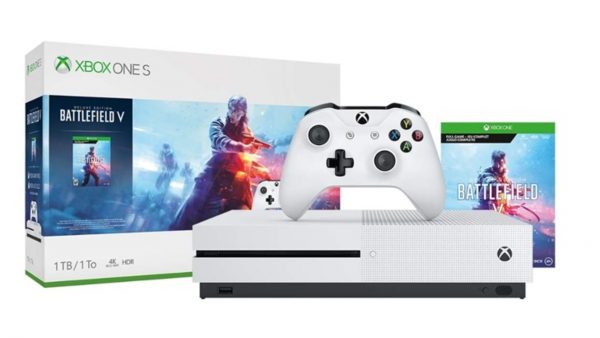 That’s quite a bargain considering you’re getting two recent releases, plus the rather excellent standalone expansion to Arkane’s mystical stealth-em-up sequel.

Many of the current Xbox One Black Friday deals only have a single game in them such as this Xbox One S 1TB with Forza Horizon 4 from ShopTo for £199. And later today, we’re not expecting other retailers to match the quality of these games in their offers.

The bundle will go live with the rest of GAME’s Black Friday deals at 6pm. At that time, you’ll also be able to get a PS4 1TB console with FIFA 19, Red Dead Redemption 2 and Doom for £289.99.

We’ll be sure to update this post with links to the deals once they’re available – so check back soon!

In the meantime, you can head on over to our Xbox One Black Friday deals hub for a whole range of offers currently available on consoles, games, accessories and more.