A lot of people have made their way through Red Dead Redemption 2’s massive story by now, so let’s talk DLC.

Just how Arthur Morgan and the Van der Linde gang probably didn’t foresee the modern age chugging towards them, primed to steamroll right over their way of life, we don’t know what’s coming. Still, we can have a bloody good guess.

Before we go on, though, let’s make one thing clear: there will be spoilers ahead. We’re going to be talking about where the game could go now the main story is over, so we may touch upon some huge plot points from the main game.

With that out of the way, let’s go to the most obvious educated guess: 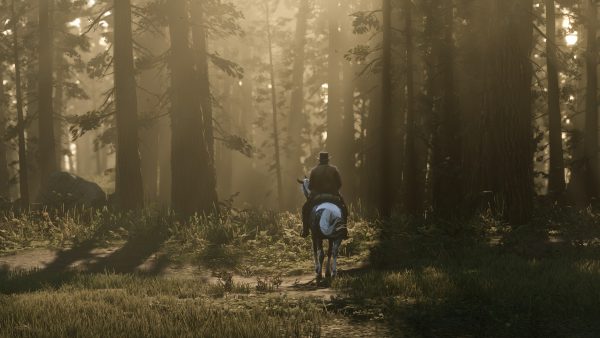 The first Red Dead had a massive expansion called Undead Nightmare, in which the map was filled with zombies. It was a full-on chunk of DLC, stuffed with missions and new challenges to take on. It was also extremely popular and gave the game a second wind some time later when Rockstar released a physical edition that contained Undead Nightmare and the base game as a package.

While people are rightfully concerned about Rockstar’s commitment to single-player DLC after GTA 5’s never materialised, it seems like a missed opportunity to not release an Undead Nightmare pack for Red Dead Redemption 2.

Why? Because the world is absolutely perfect for it. If you’ve wandered through the woods and swamplands of Red Dead 2 at night with headphones on, you will know how foreboding and atmospheric it is. It’s an unnerving place to explore by lamplight, and the city of Saint Denis would make a good staging point for some zombie fiction.

Then there are the night folk – a creepy tribe that hunts the bayou by nightfall. These use only melee weapons and creep up on you from the shadows. You don’t see them until they’re stabbing you. With a reskin and a little tweak, these could be the baseline for any zombie AI Rockstar wants to add to the game. 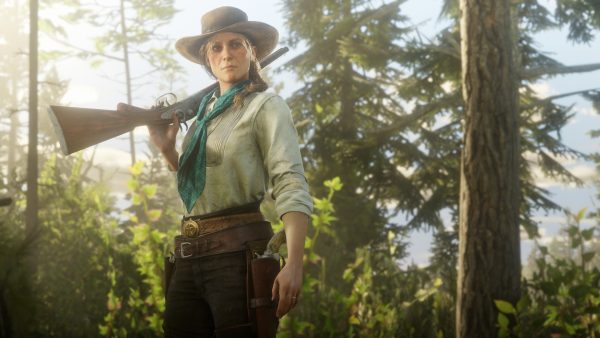 Mrs. Adler is widowed by a gang of outlaws at the start of the game. She reluctantly joins the Van der Linde gang because she has nowhere else to go. For a while, she’s withdrawn. She doesn’t want to integrate fully into your merry band of murderers. There’s a sadness in her eyes, but eventually she channels that into something else: rage.

Sadie Adler is fucking badass. By the end of the game, she’s taken revenge on the gang that ruined her life, and she spends her time riding around the Wild West hogtying and murdering criminals for profit.

Bounty hunting is one of my favourite things to do in Red Dead Redemption 2, so I’d love to do more of it as Sadie Adler, spend some time in her shoes, and get to know this amazing character a little more. 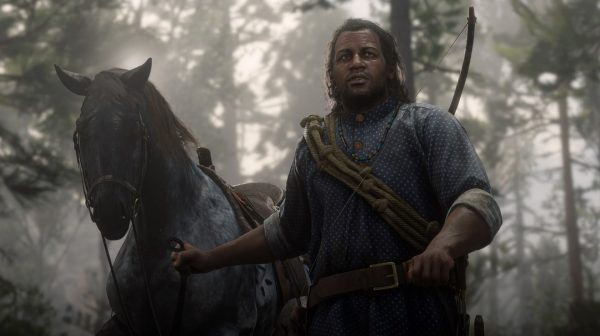 Charles Smith’s heritage makes him an extremely interesting candidate for Red Dead Redemption 2 DLC. Born to an African American father and a Native American mother, he sees the world from a different perspective to the rest of the gang. He’s also only been with this crew for a few months, so the breakdown of the gang perhaps didn’t hit him as hard as the others.

His culture is being torn apart all around him, both as a man who wants to live free and as a Native American. When we catch up with Smith in the epilogue, he’s been throwing street fights to get by. Perhaps a DLC could see us take control of Smith during this period before he reconnects with his culture. The Eagle Flies storyline is one of the most interesting in the game, so this could make for a deeper exploration of that Native American perspective. 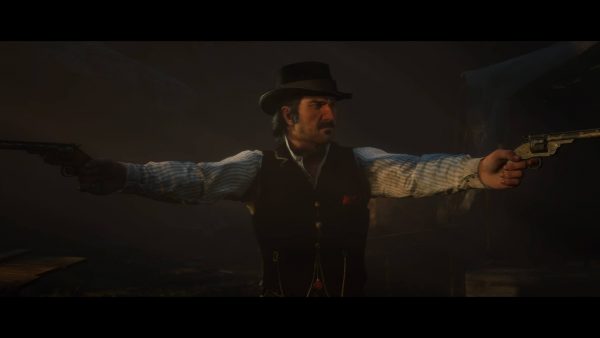 If you’ve finished Red Dead Redemption 2, you know that Dutch eventually leaves it all behind and sets off alone. His gang is broken, and he’s been forced to doubt himself for the first time in a long time. Every bad decision made up to this point is his to bear.

A DLC where we play as Dutch could explore what happens between this point – where he is at his most broken – to where he is in Red Dead Redemption. How does he build his life back up again, and how quickly do old habits take hold once more?

One thing is for sure: New Austin is under-utilised in the main game. Rockstar surely didn’t go through all the effort of modeling the entire northern part of the old map just for Online, so it’d make sense for some single-player DLC to really explore Armadillo, Blackwater, and all the other places you can visit during the epilogue.

It’s not just New Austin that’s modeled into Red Dead Redemption 2. People have been glitching across the border into Mexico, which is partly modelled. There are some placeholder assets, but there’s a fair bit there. Curiously, there’s also one point of interest: El Presidio.

This prison exists in Mexico, even though you’re not supposed to reach it. Either it’s there to be fleshed out later for DLC, it’s tied to Red Dead Online, or Rockstar just fancied making a 3D asset you can only see through binoculars.

While DLC might be a bit of a reach, Red Dead Online’s trophies are out in the wild and the first is called ‘Breakout’. What do you break out of? Prisons. Exactly.

Interestingly, this trophy is awarded for completing the intro to Red Dead Online. Perhaps you start the online adventure by breaking out of El Presidio and escaping into New Austin.

Of course, you could just as easily start in Sisika Penitentiary, where John is incarcerated in Chapter 6 – it’s another area we don’t get to explore much in the main game. To be honest, this is much more likely.