Battlefield 5 changes up the traditional class dynamics we’ve come to expect from the series in several major ways.

Their names may be familiar, but a big part of each of their roles is changing. We’re going to go over the key updates to the Battlefield class structure as it pertains to gadgets, and the new Combat Roles (Archetypes). Combat Roles are essentially subclasses, each designed to serve certain gameplay purposes. All players start out with one role for each of the four classes, with another to be unlocked by playing as that class.

Each Combat Role comes with two Traits; skills unique to that role. Think of them as RPG abilities, or Call of Duty perks. You can switch between the different roles during the match, but their Traits are locked.

Classes also dictate the weapon types you have access to. In Battlefield 5, weapon types are not cross-class compatible, meaning they can only be used with the class they’re intended for. It’s important to note, however, that your starting loadout is not dictated by your Combat Role.

These are the general points, but let’s dive into the finer details. 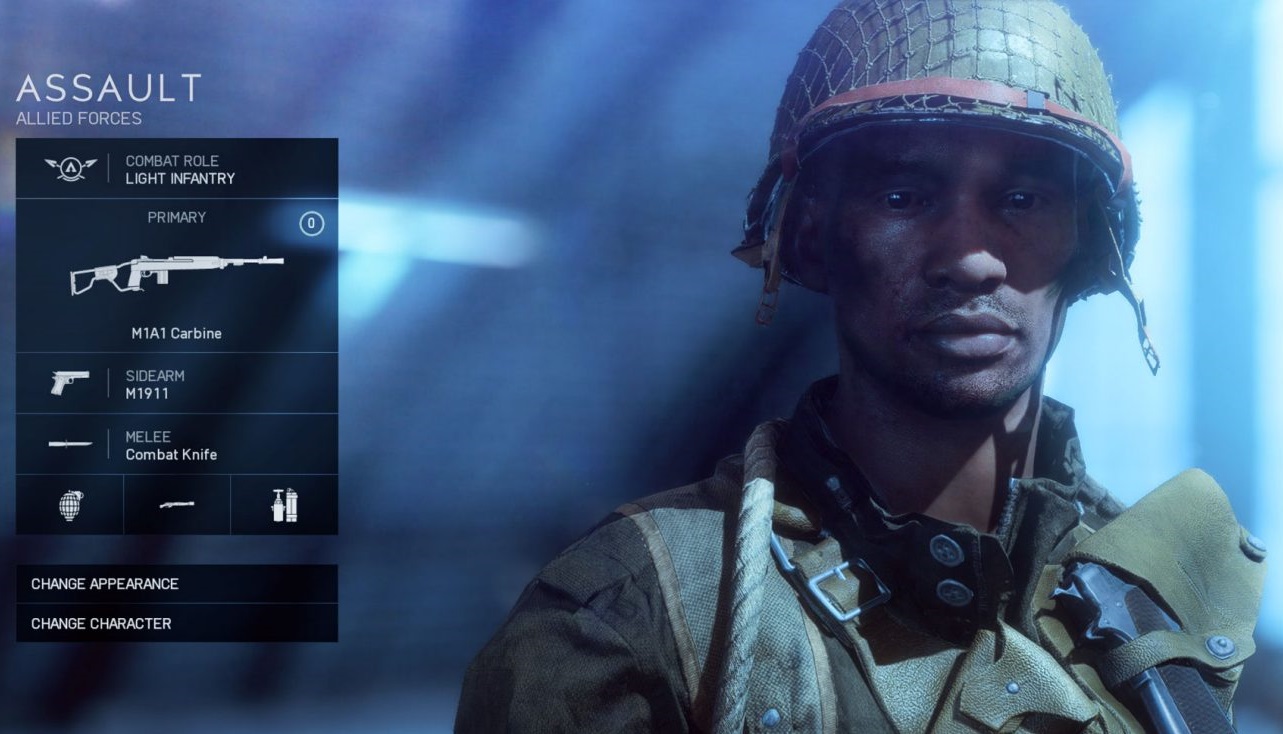 The Assault is still the class that’ll see the most action in Battlefield 5, but DICE has made a few changes to its weapons and gadgets.

For one, the Assault no longer carries SMGs. Instead, Assault players in Battlefield 5 have access to assault rifles, and semi-automatic rifles. Though this does take away a bit from their outright aggressiveness, these weapons open up new gameplay avenues that allow Assault players to be useful well beyond the limited close-quarters.

The more time you spend playing Assault, the more gadgets and weapons you’ll be able to unlock. For instance, you start out with Panzerfaust unlocked, but have to work for the PIAT, the AT Mine etc.

One more thing to keep in mind is that the Assault is not a new name for the Engineer, meaning you won’t be able to repair vehicles when you play as Assault. This role has instead been transferred to the Support class.

This is the default role you’ll start with. The Light Infantry’s Traits are Scavenger, and Battle Hardened. Scavenger allows the Assault to find more ammo on the corpses of dead players (friend or foe) than any other class.

Battle Hardened further solidifies the run-and-gun style by allowing the Assault to regenerate more health than any other class after taking damage. Combined, both traits ensure you’ll be spending more time on the front lines than anyone else.

Of course, you don’t necessarily have to pick Tank Buster when you’re going after armour, but the idea is that you’re gaining a lot of benefits, and making your life easier, when going with the intended role. 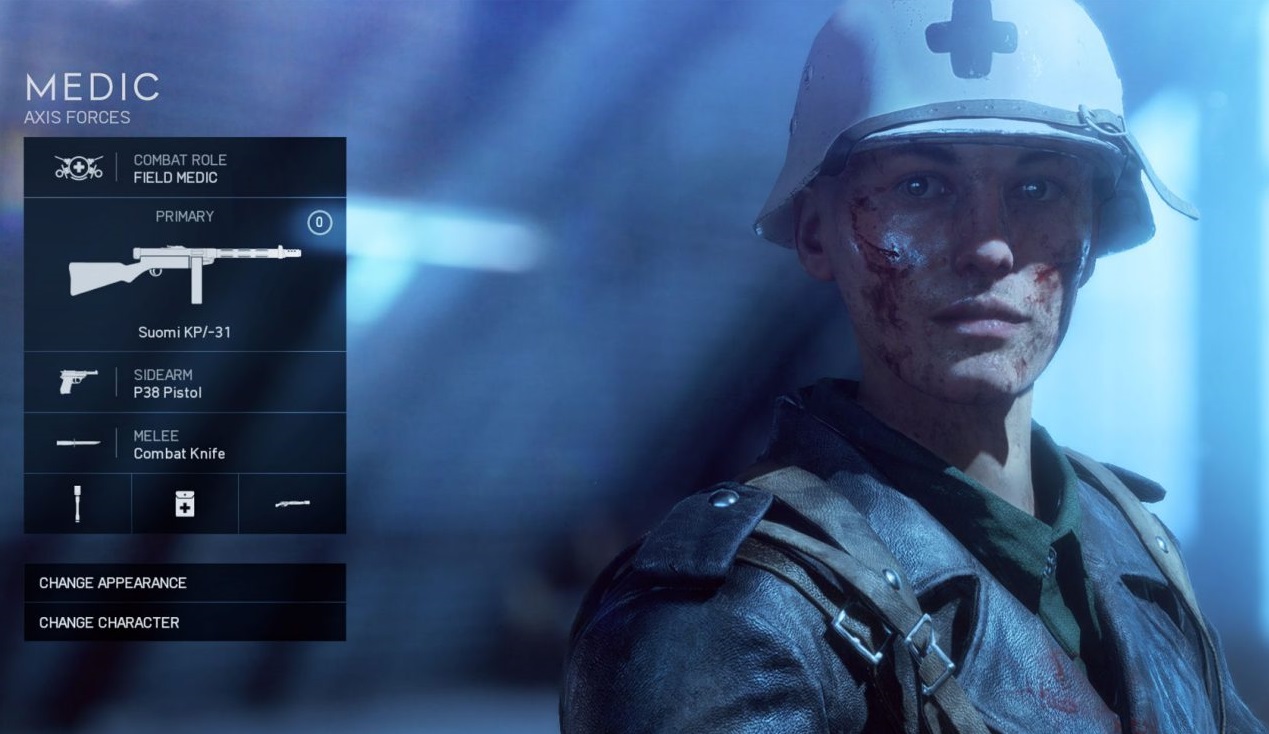 The healer of the squad returns in Battlefield 5, with a few big tweaks of its own. Medics in Battlefield 5 have access to SMGs, which should give you an idea of where DICE wants Medic players to be on the battlefield.

Gone are the days of fumbling for your sidearm when you get surprised by an enemy on your way to revive a teammate. Now, you’ll be keeping with your intended role on the front lines by having access to weapons that deal the best damage at close range.

By default, all Medic Combat Roles start out with a smoke grenade launcher, and a medical pouch. Over time, you’ll be able to switch those up for other useful gadgets like the medical crate. The revive syringe is no longer a gadget, and is instead equipped by default for all Medics.

The Field Medic role offers two Traits: Healer, and Swift Effort. Healer grants bonus Requisition Points every time you give out a healing pouch to your squadmates. Swift Effort ensures you’ll reach downed teammates faster by temporarily increasing running speed to downed friendlies. This can be activated by spotting the player in need of help, which instantly grants the speed boost.

The Field Medic is the most aggressive of the two Medic roles, and is intended for players who revive a lot and like to stay close to their teammates. Their efforts will be rewarded twofold; once in the extra RP they receive, and another time in their faster movement speed when calling out to downed teammates.

The Combat Medic role, on the other hand, is a designed for the more relaxed play style of firing a few shots and retreating or taking cover. Combat Medics make use of Melee Expert, and Emergency Retreat. Melee Expert extends the reach of your melee weapons.

Emergency Retreat grants bonus sprint speed any time you’re at critical health, which could be the thing you need to make it to cover safely. 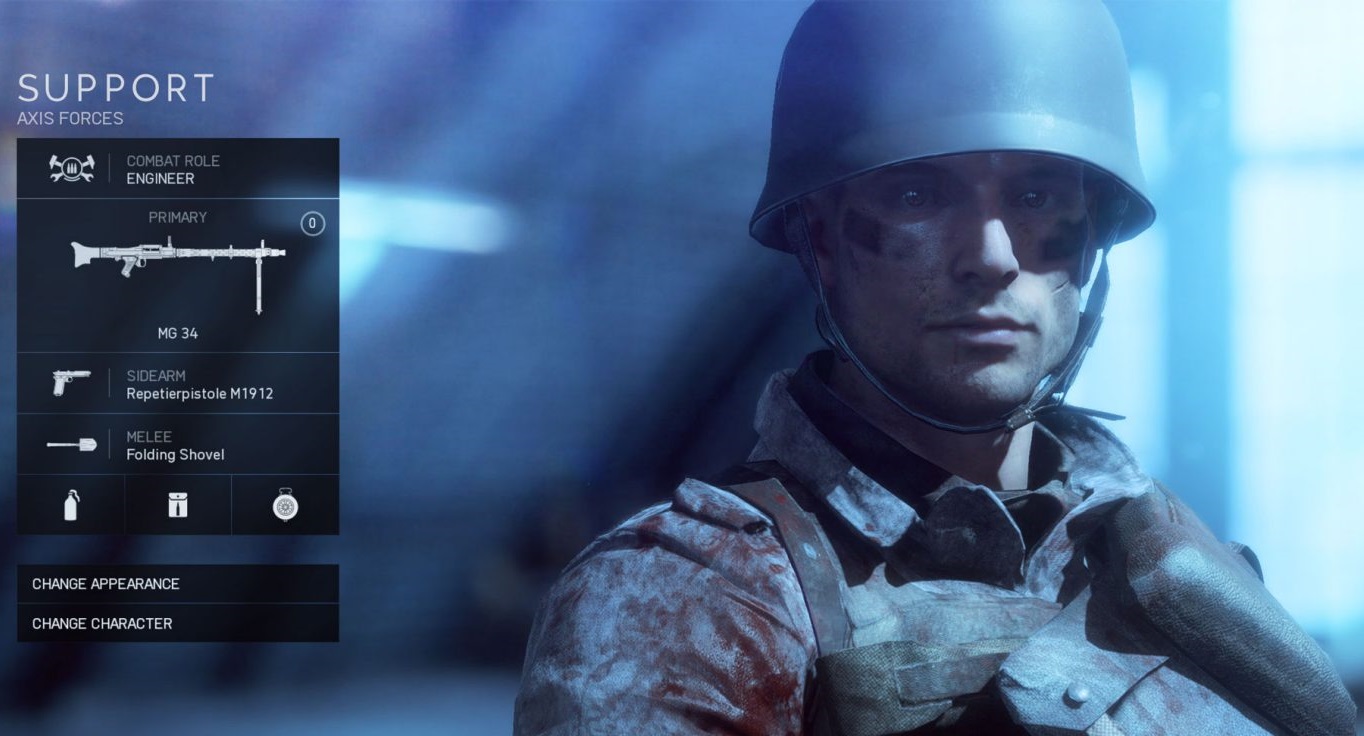 Support is the suppression and heavy fire expert, but it’s also the new Engineer in a way. Support is the only class with access to LMGs, and MMGs, of course. Unlike light machine guns, you cannot aim down the sights of medium machine guns while on the go. Instead, you’ll have to mount them on a window or short cover using a bipod. You can also do the same while prone. In either case, you’re going to get a massive boost to accuracy.

On top of being able to top up everyone’s ammo supply, the Support in Battlefield 5 is the best at building Fortifications. For one thing, it builds them faster than any other class, but Support players also have access to better Fortification options available only to them.

A good example of this is machine gun nests, which Support players can build in places where other classes would only be able to build a sandbag wall. Like the Medic’s syringe, the Support and its repair tool are inseparable. This is how you’ll be able to repair vehicles and gun emplacements.

The Support’s Combat Roles are the most diverse out of any of the four classes, leaning more towards offering distinct play styles.

As the name suggests, this role is the most similar to the classic Engineer class from previous Battlefield games. Vehicle Fixer, and Heavy Weapons are your traits.

Vehicle Fixer offers faster vehicle repair times, and faster fortification build times – even faster than the default Support. Heavy Weapons extends the time you can fire mounted machine guns of all kinds before they overheat.

Though this role does benefit the team, the next one is even better.

Machine Gunner is the role you pick when you’re looking to suppress enemies for a long time and help your team in the process. You’ll be making use of Bullet Storm, and Focused Fire as your Traits.

Bullet Storm increases the suppression effect of any weapon you fire and lessens the effect of suppression you receive. While Suppression in Battlefield 5 doesn’t mess with your enemies’ weapon spread, it does come with a noticeable graphical effect that’ll drive them away or make them easier to hit.

Focused Fire complements the first Trait by making it so you automatically spot fully suppressed enemies.

Spotting is rare in Battlefield 5, so there’s a lot of value in a Trait that can 3D spot enemies. 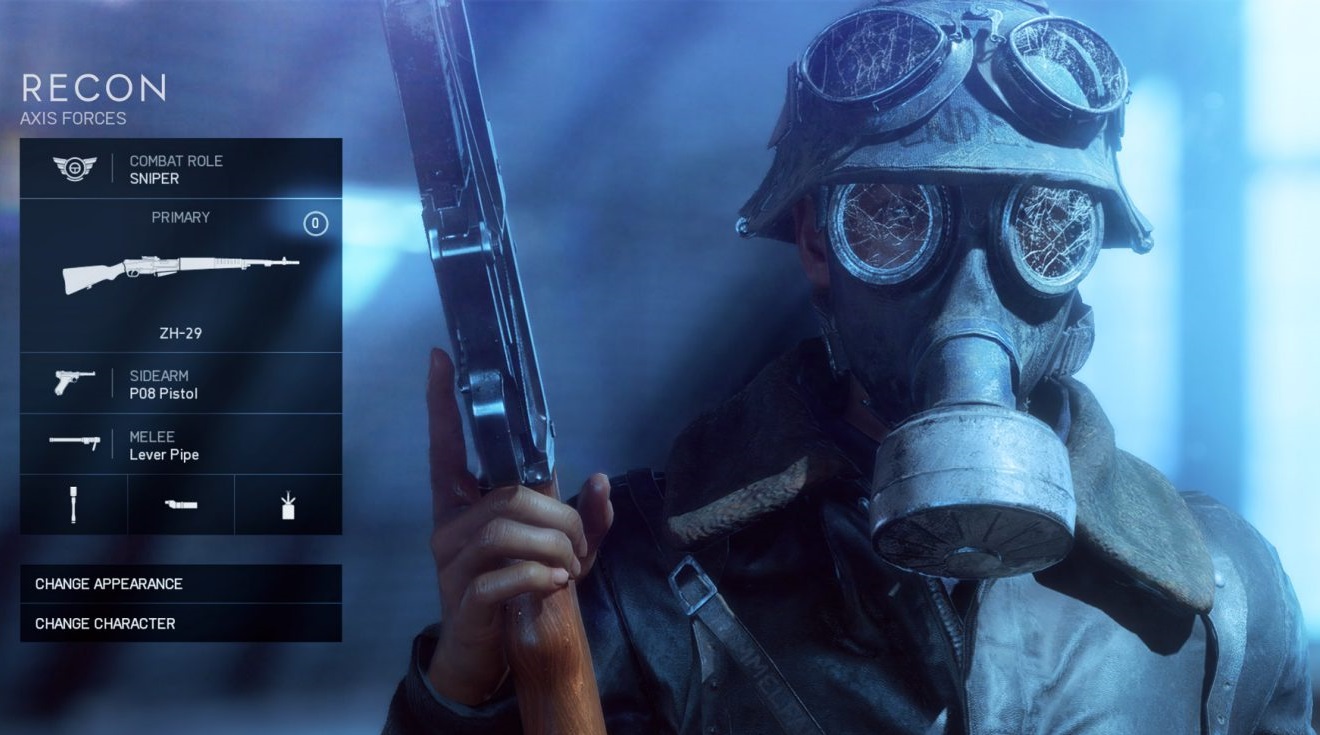 Recon remains the sniper of the squad, and it has access to bolt-action and self-loading rifles in Battlefield 5. This is important because each of the two weapon types lends itself better to a particular play style, which will hopefully help with making Recon players more interested in front-line combat as well as their obvious advantage at range.

To help with the class’ reconnaissance duties, Battlefield 5 will start you out with a spotting scope capable of tagging enemies for all teammates to see. Like the Support, the Recon Combat Roles offer great diversity in what you can do.

The Sniper role is the most straightforward, designed for players who like to stay back and take shots from a distance. You’ll be relying on Eagle Eyed, and Expert Marksman as your Traits.

Eagle Eyed automatically spots enemies you shoot at. Expert Marksman allows the Recon to hold their breath while aiming down sights longer than any other Recon. They can also replenish the hold breath duration with each headshot kill.

In other words, if you can continue chaining together headshot kills, you’ll spend most of your ADS time holding breath for increased accuracy.

Not only will this provide immense utility when trying to stay close to the action, it could also be a new lifeline for your squad if you manage to get them all to spawn on you or your beacon behind enemy lines.

Advance Scouting, and Vanguard are the two Traits at the Pathfinder’s disposal. Advance Scouting is what enables this particular role to spawn on any squad leader on the team.

Vanguard rewards Pathfinder Recons with extra Requisition Points any time a squadmate spawns on their beacon. It’s a win-win.

Looking for the best weapons or want to try a new combat role? Check out our Battlefield 5 guide for more.