The latest SuperData report shows subscription service PlayStation Now ahead of the competition in quarterly revenues.

According to the SuperData report, game subscription services brought in $273 million during 2018’s third quarter, 52% of which was attributed to PlayStation Now.

SuperData’s report also found subscribers tend to spend more on in-game content than non-subscribers. The average spent by subscribers is $25 per month compared to $10 spent by those without a subscription.

Subs also tend to spend more per month on full games compared to those who aren’t subs. This averaged out to $57 a month and $39 a month, respectively.

Slides from the report are below. 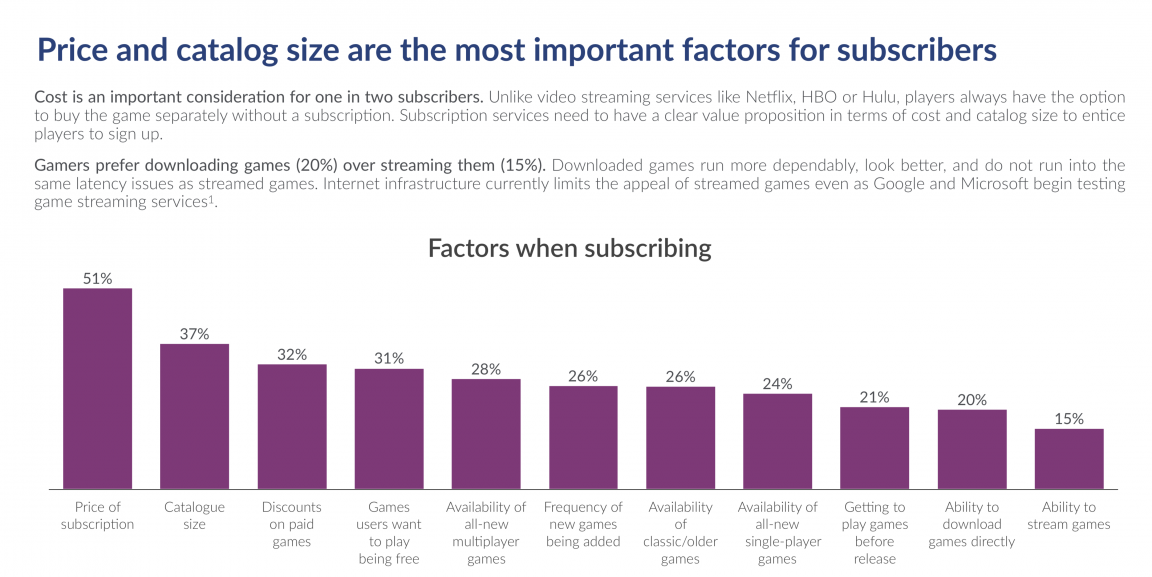