South Park can really hit home sometimes, and for some of us, this Red Dead Redemption 2 clip sums things up perfectly.

Last night’s South Park episode, Time to get Cereal, may have centered around the return of Al Gore and ManBearPig, but it also featured Red Dead Redemption 2 references peppered throughout.

In once scene, Sergeant Harrison Yates and his wife Maggie get into a bit of a tiff over Red Dead Redemption 2. Apparently, Sgt. Yates has been super busy of late and Maggie could no longer wait on him to start playing Red Dead again. This we can relate to.

He’s rather upset, as she as finished up some questlines, acquired a sniper rifle, and more without him. Yates is upset enough to start a entirely new game, which forces him to go back to the “snow level” again. 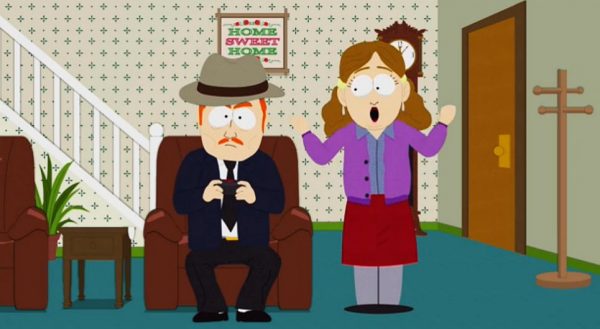 This is why you have multiple save files, something we should have done at the house, but we enjoy handing the controller back and forth playing together. That is, until a certain someone goes rogue and gets killed in a gunfight for the umpteenth time taking our thoroughbred down with him. Thanks, dude.

At least the pre-order Warhorse can be acquired again at the stable. Poor Gary has been murdered dozens of times.

Speaking of horses, if you’re in the market for one, here’s our Red Dead Redemption 2 horse guide. It details how to get the best wild horse. Just be advised there are a couple of spoilers in the guide.

Anyway, this isn’t breaking news or anything, just something fun especially if you are a South Park fan.

Reddit user root_and_stem posted the clip, but you can watch the entire episode on the South Park studios website.

Both of those links also contain spoilers, just so you know.