The last week of games news has been utterly dominated by one thing: Diablo Immortal, or more specifically, the vitriol it has received.

If you’re late to this party, a brief rundown of the events so far. In the months leading to BlizzCon 2018, rumour mills began grinding away, as ‘leaks’ were published and hushed whispers sent over direct messages alluded to something happening. As it got closer, people realised that Diablo was in the headline spot for panels, meaning something was coming.

This led to the announcement that Diablo 4 would not be at BlizzCon 2018 – something else would. Perhaps a new expansion? A new character? In reality, it was a new mobile game: Diablo Immortal, developed by Blizzard and Netease. Fans were not pleased.

Then began the discourse. Oh, that wonderful discourse. It’s not Diablo, they cry! Blizzard are just corrupted by Activision, the comments wail! In reality, everything should have been much simpler: a little scepticism, but curiosity and excitement. 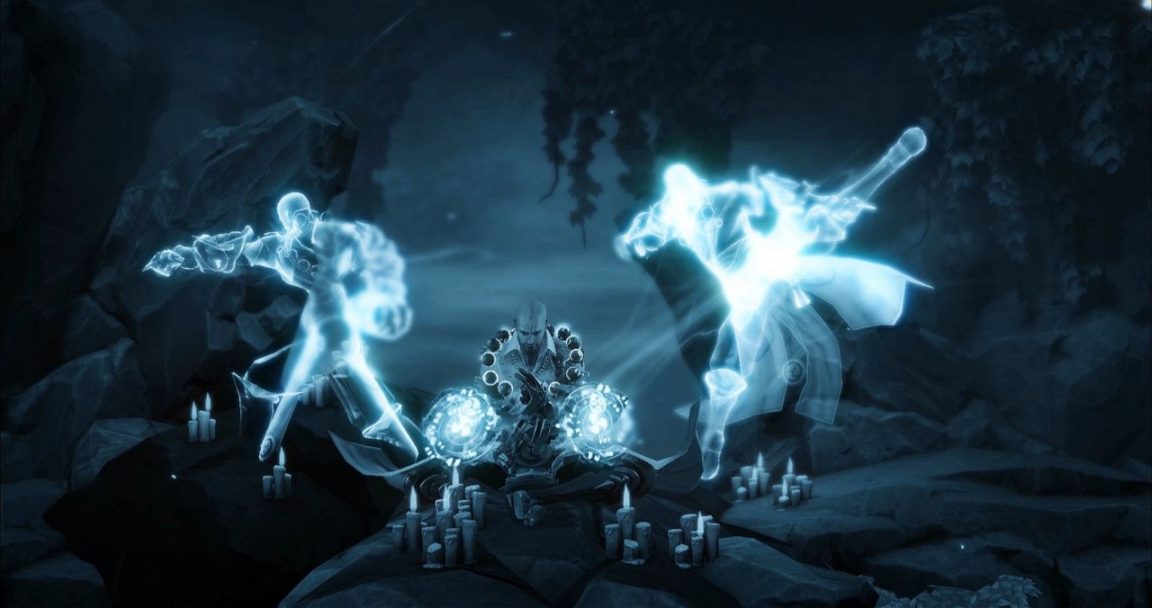 As the discourse raged on – and it still does – we spoke to two of the game’s developers, Wyatt Cheng, lead game designer, and Joe Hsu, senior producer, about what Diablo Immortal is, what it’s been like to see the internet flare up.

“I think there’s been some negative reaction,” says Cheng, “when I look at that, I think it’s totally understandable.

“We were talking earlier today about how a large group of the Diablo community are PC gamers, and they came to Blizzard through PC, and they love the PC platform, and we love it too. I think if you came to BlizzCon expecting and hoping for a PC announcement, and you don’t play mobile games at all, you’d be “oh! That’s not what I asked for, and this doesn’t do anything for me,” and I think it’s okay for people to be sceptical. I think scepticism is very healthy.”

“I think intellectual curiosity is rooted in scepticism, but when we show people the game, and people get their hands on it, play it, many people who are sceptical kind of go “oh! Well this is actually quite fun.” We hope to win over a lot of people over time, but I understand that, for people at home, people watching with the virtual ticket, who don’t get a chance to actually play it, that can be very difficult, and so I totally understand where they’d be coming from.”

That’s seemingly the plan: let people give Diablo Immortal a try, drip feed the game, just give it a chance. It’s not an enviable task – if you’re reading this, there’s a strong chance you know how difficult convincing the internet that a bad thing is actually good can be.

Especially when this release highlights a new venture for Blizzard in development: co-developing with NetEase. The two companies have previously worked together to publish games in China, but this is new ground, as the two are working directly together.

“It is a real co-development,” says Hsu, “even though we’re not physically in the same room all the time – we are a lot of times – but we act like one team. It’s not like we divide evenly with ‘you do this, we do that,’ everyone has good ideas, then everyone discusses the good ideas, then we make it in to the game. It’s working as a team, like any other Blizzard team, on one game.”

But otherwise, everything points to a system incredibly like Diablo 3. The gameplay shows that, and the design Cheng and Hsu appear to be going for are similar. Hand-crafted overworld with some sort of procedural generation in dungeons, legendary items that enhance characters, legendary gems, many different skills you can swap in or out, even a hint at something similar to Diablo 3’s bounty system.

This is partly because everything about Diablo Immortal is filtered through. Questions about monetisation and specifics get an answer of “we’re not ready to talk about it now.” When asking about the loot system, Cheng could only talk about three high-level philosophies.

“Number one, as we’ve mentioned, we want legendary items to play a key part in the system, so the legendaries have cool effects that customise the way your character plays.

“Third, we definitely want to incorporate ways for you to take an item and improve it. I think that’s something that players have shown us time and time again, in RPGs, that it’s one thing to get that sweet drop off the ground, but sometimes it can be really fun to say ‘well I got this item, but I really wish it had a socket,’ and then to have ways to put a socket on the item. Or, people love legendary gems, and ‘okay I have my legendary gem, and now I have to level my gem up.’ It’s not like ‘oh no, I have to level it up,’ it’s more ‘ooh, now I have a bunch of gameplay that I can engage in to level up the gem and make it more powerful, it’s almost like you’ve got a quest to level up your gem to 50, or whatever you want to do.” 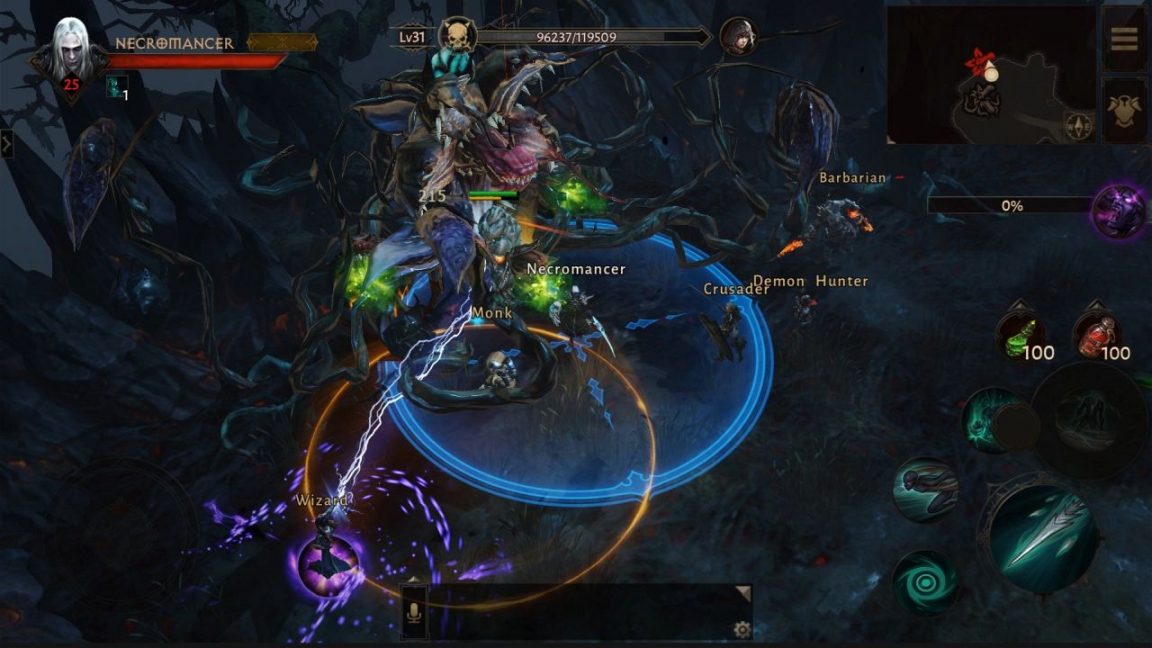 Everything about Diablo Immortal comes in the form of these elevator pitch features. It’s right to be sceptical about the game, as Cheng acknowledged – it’s not only new ground, but new ground that’s often seen as a minefield of predatory practices, like dark paths and a constant encouragement for microtransaction payments. When talking about whether the progression is led by quests, he says “ideally, you’ll have your main quest storyline, but you’ll very quickly say ‘ooh, shiny thing over there! Oh, cool side quest, let me go do that.’” When it’s an ideal, though, it’s just hard to anticipate what the final product will be.

That’s not to be negative, though. What was shown was promising, a true Diablo game for mobile devices, something Cheng acknowledged in describing what it had to be: “a top down action RPG, with an isometric camera.” There was no deviating – even if some design had to change for the platform.

It’s far too early to judge Diablo Immortal. The long-term plans, the monetisation model, the missing inventory systems and story beats in the BlizzCon demo – sure, it could ruin things, but it could be great, too. All that can be judged right now is what we’ve seen – and what we’ve seen is good stuff, even if it’s on a phone.

So there was one final question for Cheng and Hsu. Do they think Diablo is at home on mobile devices?