Not much of an introduction is needed for Overwatch, let’s be honest. It’s Overwatch, Blizzard’s current money maker, fandom creator, argument starter.

To the surprise of nobody, a new hero was announced at BlizzCon, with everyone’s favourite game director Jeff Kaplan on stage exuding charisma. It’s hard not to like how Overwatch is presented. The bright art style and the charming characters are always so inviting.

And yet the ‘passion’ from fans, as developers often describe it, mean there’s always a demand for more. To be better. To give us more bang for our buck. To make something flawless. With reworks, and events, and releases of heroes like Ashe, Blizzard is chasing those dreams – or perhaps demands. And it thinks it’s doing a good job of it.

We spoke to Geoff Goodman, lead hero designer, and Scott Mercer, at BlizzCon, where one thing stood out during their interview. “We’re just trying to get feedback and find what people want, and then we’ll make it,” says Goodman. If the fans want it, it will come. In time. 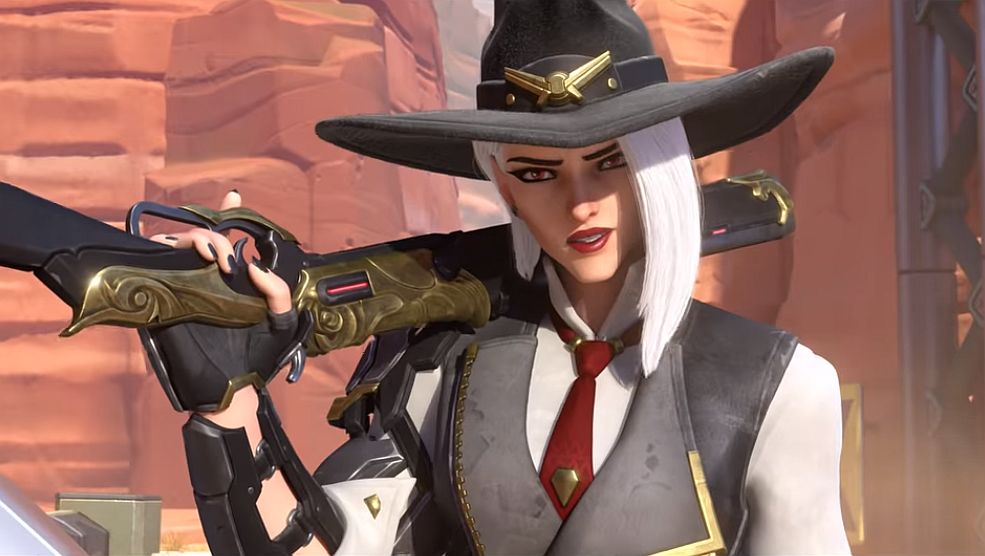 It stands out in contrast to the overall sentiment surrounding BlizzCon 2018. It’s impossible not to talk about the event without recognising the wave of people online wailing about the headline reveal, a new Diablo game for mobile.

Goodman’s comment stands out further in context, too: he’s talking about more story events and PvE in Overwatch. Events like Uprising and Retribution, “the response was amazing,” they make up the peaks of Overwatch’s playtime. If you listen to the communities, though, there’s always a demand for more story. A demand that isn’t being met yet – but it’s always to come.

“We have a lot more story involving current day Overwatch with the recall and everything, so we’ve been talking, and I know there’s this hunger to know more about the present of Overwatch and everything. Can’t really reveal anything now, but it is something we’re pursuing,” he says.

Coming soon, being worked on, it’s always something coming next. Even the cinematic shown at BlizzCon, Reunion, teased what’s coming in the future, Echo. Who Echo is, what Echo is, and so on, there’s always more to come.

But other than that, Blizzard are staying tight-lipped. When asked about reworks, Goodman simply stated that there’s nothing else in the works.

“I’d say we don’t have any plans to rework anybody right now, but that doesn’t stop us if we decided that the game was changing in such a way that we felt it was necessary.“

But that’s all they would talk about in regards to the future, and things are remaining the status quo. Talking about the design philosophy of range being countered by dive being countered by short range burst, a rock-paper-scissors style system, Goodman was concerned but ultimately recognised that “it’s kind of how the game is played,” that it should stay the same.

“What comes up in regards to that quite a bit is occasionally I get on and off feedback about making hero switching have less friction, because you lose your whole ultimate, and people are like ‘I wish I didn’t lose it at all, or I only lost a little bit,’ but I get into what you’re getting at here.

“If we have zero friction, if you’re Pharah and I’m Widowmaker, and then now you’re going Winston, and I’m going Reaper, there’s zero friction to swapping so no-one’s solidifying in their composition at all. I think that’s an example where we want there to be some friction swapping between compositions.

“Obviously, if you watch OWL or something like that, you see a lot of ‘we’ll go with this comp’, then they’ll look and ‘back to spawn, swap!’ Ehh, I don’t know, that’s maybe not great, but it’s kind of how the game is played, and I think in a lot of ways doing single swaps is pretty cool, ‘we’re going to swap for just this point,’ or because you’re running this one thing, I think that can be really healthy, it’s really fun to watch that.”

When asked about if Ashe’s high skill requirement due to the precise shooting and the removal of the more accessible lock-on from Symmetra is a sign of a conscious shift in design, the answer was no, that more heroes without the need to aim well will come. When asked about Ashe’s place in the meta, she was consistently compared to Widowmaker and McCree, rooting her in familiarity.

Nothing is set in stone for the future, but also nothing is set to change. It’s impossible to predict, but it’s also rarely surprising. Where other games sustain themselves on events that change the way the game plays, or change the world, Overwatch is staying the same.

Of course, one day the story will come out. One day. As long as the fans want it enough.