Bungie is bringing back older Destiny 2 cosmetics for a limited time for those who missed them.

The Eververse store in Destiny 2 has received a new section called Temporal Surge. This mini-store rounds up some of the most popular items in past seasons, which players could previously earn in Bright Engrams.

As Destiny gets new content, the loot tables for Bright Engrams change and many items are gradually phased out. The Temporal Surge store lets you directly purchase them using Silver – Destiny’s paid-for currency. Unlike some of the other items available for sale at Eververse, you can’t spend Bright Dust.

Temporal Surge will bring these items back in waves, the first of which is available now. This first wave is made up entirely of Year One emotes, of the special, legendary, and rare varieties. 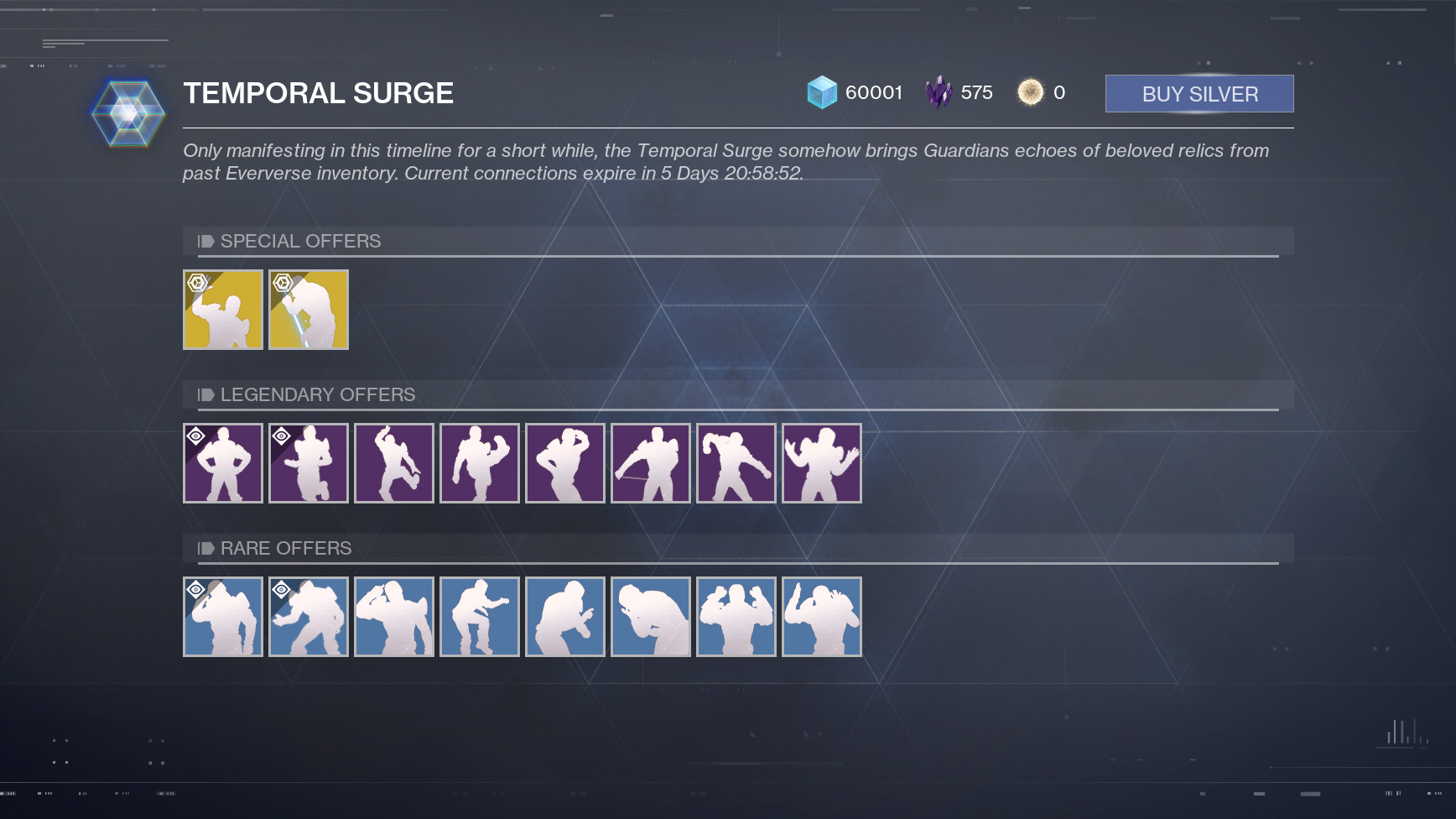 Special is a new version of exotic, which means these emotes will have slightly different effects compared to the original exotic emotes. You may notice different colours for some of the effects, as it’s Bungie’s way of keeping the originals unique.

This particular collection will be available until Tuesday, November 13 at 9am PT, 12pm ET, 5pm GMT. Though Bungie didn’t say what the next Temporal Surge will be focusing on, we could be getting older armour sets.

If you plan to take part in this week’s Destiny 2: Forsaken activities such as this week’s Ascendant Challenge, or the return to the The Shattered Throne dungeon – be sure to hit our updated guides for more.