The age of remasters is certainly upon us, and now Warcraft 3 is joining the ranks of games deemed worthy enough to be released for a new generation, titled Warcraft 3: Reforged.

Every time there was a hint, a reference within Battle.net, it was called for. Now we know it’s coming next year, and a single mission was playable at BlizzCon. It’s exactly what you remember. Warts and all.

Likely chosen as a love letter to the Warcraft 3 fans at BlizzCon, Warcraft 3: Reforged had The Culling on show, the mission that (spoilers, I guess) makes clear the dark path Arthas is barreling down to become the Lich King. To new fans, those who don’t know about the whole story, it won’t have meant much, it’s reliant on context and buildup for Arthas’ character development.

And the mission itself is as you expect if you’ve played the original, again a love letter to those fans. A small amount of base building, a little fighting, some well-written cinematics with ever so slightly stilted animations. What’s perhaps so shocking about Warcraft 3’s remaster is that it really is the same. 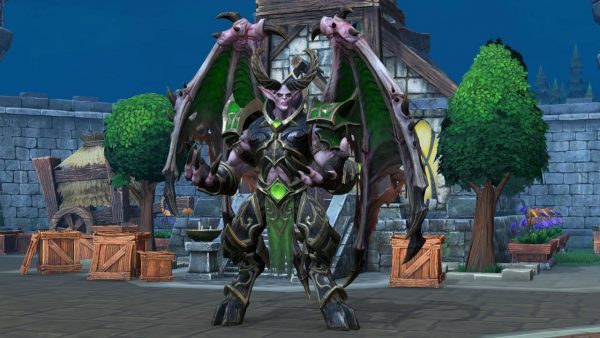 As the reveal mentioned, as the website repeats, the models and cutscenes animations have been updated, the UI is different and the gameplay rebalanced, but pretty much everything else is nigh identical.

The gameplay gets tense as you balance hero combat, with cooldown-focused abilities, with RTS micromanagement. But then the units still get stuck on themselves.

The combat can quickly become frantic, especially as armies grow.. But you’re still locked to 12 units in a selection.

The base building is a crucial skill that rewards smart decision making. But it’s a linear progression rather than a flexible set of choices for you to make. 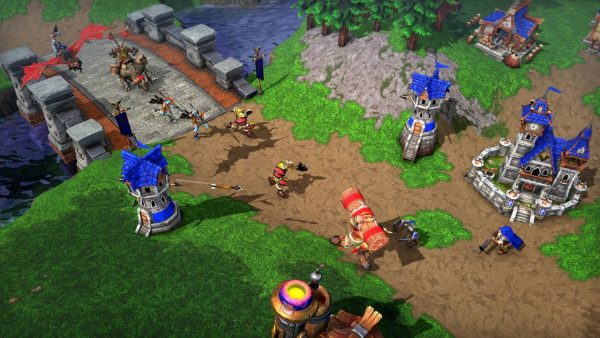 It’s certainly going to be a nostalgia kick, there’s no question about that. Like going back to an old home, or the place you grew up, if murdering a town of innocents is something you did in your hometown, anyway. There’s something fulfilling about that, it’s nice to revisit your past.

Perhaps Warcraft 3 needed more, though. Its custom maps created an entire genre, it has been one of the most influential games in history. But that influential status comes as it tried to tread new ground, and failed along the way. The first try is never perfect, neither is the second, neither is Warcraft 3.

A remaster is an opportunity to fix those mistakes, or take advantage of technical advancements. The puritan will say that it needs 12 unit selection to be authentic – I would argue that there’s no point in a remaster if you’re just going to create the same limitations of over a decade ago.

The models are pretty, updated animations are brilliant, those puritans will truly adore Warcraft 3: Reforged if everything remains as familiar. RTS design has progressed a lot in the years since, and Blizzard itself has shown how great a campaign can be in StarCraft 2. The story is as meaningful as ever, put the gameplay, perhaps less so, unless you’re here to walk down memory lane.