Let me level with you: I’m such a lapsed Guardian, I forgot what most of the buttons do in Bungie’s shooter sequel.

Having not played the base game in months, booting up Destiny 2’s latest expansion is akin to being thrown off the deepest of ends… While a walrus straddles your shoulders.

Actually, let me backtrack. I /used/ to be such a lapsed Guardian. After spending 20 hours with Forsaken over the past week, I’m pleased to say I’m very much back in the Fallen-murdering fold. Not only does Destiny 2’s latest DLC run rings around the underwhelming Curse of Osiris and Warmind expansions, it’s comfortably the best add-on Bungie has served up since the original game’s excellent Taken King.

The former Halo studio does its best to make Forsaken as welcoming as possible for both lapsed players and folk who’ve never spent a second inside Destiny’s MMO-aping universe. Still, that didn’t stop me from having to read two guides before watching a separate YouTube video to figure out how to make the automatic levelling system work – turns out, it’s on the character selection screen. This booster can be used once per Guardian, and it instantly lifts you to the starting level 30 rank/interlocking 300 power level needed to start Forsaken’s campaign. 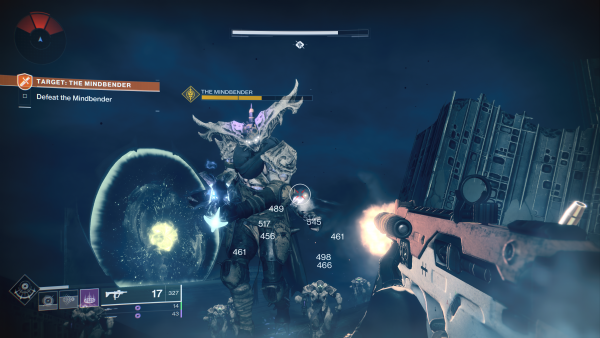 And what a campaign it is. The expansion’s main chunk of story content is a hell of a lot more satisfying than the muddled missions its parent game delivered last autumn. Acting as a straight up revenge tale, it sees your Guardian tracking down the pesky Uldren Sov after the intergalactic emo douche murders Cayde-6.

No, Bungie’s pre-launch campaign wasn’t lying: your favourite, constantly quipping robot dude really does buy the farm early doors in Forsaken. That’s not much of a spoiler, either. Cayde meets his maker inside the expansion’s opening half hour. At least the motormouth Hunter bows out in style. The cutscene before he checks out features the most thrillingly directed showdown I’ve seen in either Destiny.

At times the quest to avenge Cayde feels as much Assassin’s Creed as it does (occasionally grindy) sci-fi shooter. Forsaken is obsessed with murder. And that’s not a complaint. Your Guardian’s desire to bring Cayde’s killers to justice throws up Destiny 2’s best bosses.

Enter the Barons. These hulking nasties act as both the acolytes of Uldren Sov, and generals to the new Scorn race – these alien underlings are a lot more fun to fight than the samey Taken… though watch out for those bug-shaped exploding bastards. Every Baron has an accompanying assassination adventure, and each one is refreshingly different. 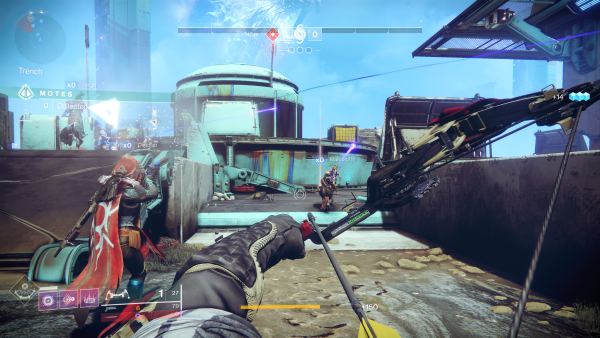 A battle in an acid-filled refinery sees you tackle the Rider in a pike-on-pike smackdown (Destiny’s laser-packing space hovercraft). The fight against the Rifleman makes you take out his holographic clones before you can outsnipe the git. And later on, the Baron’s second-in-command, The Machinist, forces you to constantly keep moving as she pelts you with mortar fire. Outside of a couple of Strike bosses from Destiny 1, brutalising the Barons are my favourite end-mission enemies the series has produced.

With a plot that’s clear, direct, and easy to follow, Forsaken might just be Bungie’s most successful attempt at coherent storytelling in Destiny. The campaign is also improved by a new sci-fi sandbox that’s a hoot to explore. Called the Tangled Shore, this patchwork wasteland hovers around an asteroid belt, and its twisting topography, lava-filled pits, and networks of underground tunnels make it equal parts enticing and intimidating.

The Tangled Shore is also run by my new favourite Destiny character: The Spider. A scheming gangster, this big-boned alien is basically the Fallen’s answer to Jabba the Hutt. Not only does he challenge you to complete weekly bounties that involve hunting down escaped inmates from the Prison of Elders, he comes in handy throughout the story. On occasion, his associates, who look like extraterrestrial Sonic cosplayers in their spiky headgear, back up your Guardian on missions.

The new hub introduces a trio of fresh Strikes to sink your chompers into. One is outstanding, the other two… not so much. The pick of the bunch is easily ‘Warden of Nothing’. Set on the Prison of Elders, you and two Guardian pals must navigate railways on your pikes while dodging oncoming trains, before completing a series of arena challenges for a demented Servitor. It’s a belter of a Strike. 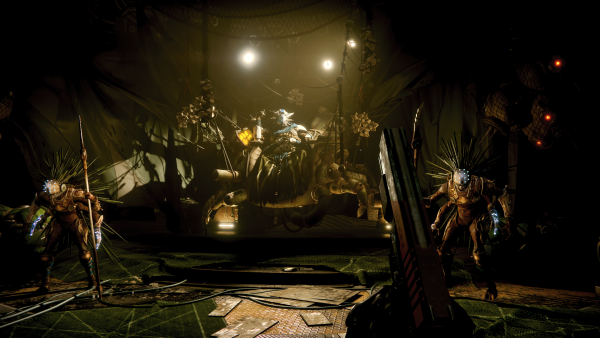 ‘The Hollowed Lair’, which involves eradicating a Hive infestation for The Spider, is less memorable. Still, at least it involves a pleasingly daft section where you stuff giant worm larvae into squishy holes. Don’t ask. Bringing up the rear is the disappointing ‘Broodhold’, a Strike I can barely remember anything about. No wait! I remember the boss dragged like hell… so there’s that.

Oh, and the Tangled Shore totally has a semi-secret, subterranean nightclub. You all love Paul McCartney cash-grab bangers, right?

Away from the main campaign, the overall experience benefits from some sensible changes. The 2.0 update rolled out to coincide with the launch of Destiny 2’s fourth season last week, and the headline tweak comes with weapon slot revisions. Bungie has finally seen sense and moved shotguns, snipers, and fusion rifles out of the heavy slot, and spread them across the kinetic and special weapon sections. It’s a much needed change that enlivens Destiny’s arsenal, allowing you to break out shotties and snipers far more often thanks to the increased ammo caches that come with the slot swap.

Another big addition is Gambit. What. A. Mode. Bungie describes it as “adding bacon to peanut and jelly”, though the end result is thankfully far less vomit-inducing. A smart mix of PvE and PvP, it combines the best of both to produce matches that revel in competition and chaos.

The general goal in Gambit is simple: bag motes by killing enemies, bank these motes in a central terminal, and when you deposit 75 of ‘em, you can summon an end-round Primeval boss. Slay this big bad before the other team, and you win the round. Bungie adds several intriguing layers to this formula to complicate the action. Once you bank a certain amount of motes, a nearby portal opens, letting one player from your team invade the other side’s arena. This lone Guardian is then given an increased health bar, and has the chance to down enemy players over a 20 second or so period. If the heroic lonewolf slays any of the opposition, they’ll drop any motes they were carrying but hadn’t yet banked. 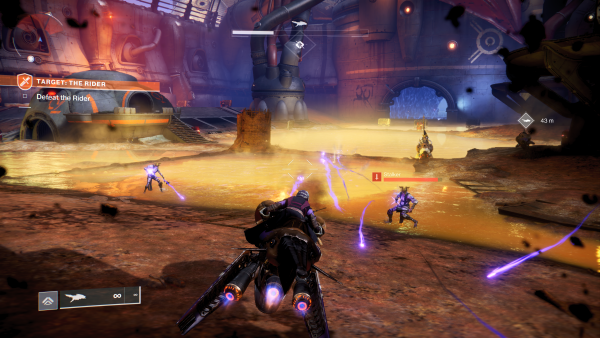 Mixing tactical PvP slaughter with careful co-op coordination, Gambit matches can seesaw on a dime. It’s arguably the most exciting addition to the Destiny template since the original game’s Trials of Osiris.

Honesty time: before I fired up Forsaken, I was less than enthused. With so much added lore, new modes, and gun tweaks since I last flew my Guardian to Bungie’s galaxy, I feared Destiny 2 had left me behind forever. I was wrong. Dead wrong. ‘Cayde-6 dead’ wrong.

While the Last Wish raid doesn’t go live until Friday, I’d still recommend Forsaken in its current form. Even if the raid turns out to be a Crota’s End-shaped bust, this expansion’s campaign, granite-strong gunplay, wealth of new bounties, and engaging end-game more than make it worth your time. Getting to the new 600 hard cap (ooh matron etc.) should keep hardcore players busy for weeks, while more time-poor Guardians should at least stick around until they unlock the Dreaming City. This late-game hub is probably the prettiest environment Bungie has ever made. It’s all kinds of eye-arousing.

If you’ve been looking for an excuse to revisit Destiny 2, the hunt for Cayde’s assassins offers a killer package. Don’t disappoint your dead droid chum, eh?

Bungie has released more details about its upcoming Festival of the Lost which will feature a Haunted Forest, a quest to find Master Ives and a costume party! You can find more about levelling up, where to find Exotic weapons and more about the new subclasses here.