Ubisoft has released patch 1.0.6 for Assassin’s Creed Odyssey alongside the first episode of The Lost Tales of Greece.

In today’s free release, players will explore the Elis region to discover The Show Must Go On questline. The recommended level is 34, and it is accessible to players who have reached episode five in the game. It is part of free content coming to the game via self-contained questlines. Each will introduce new challenges, characters, tie up loose ends, and more.

Legacy of the First Blade, the paid drop part of the season pass, is also coming albeit a bit later. It introduces players to the first hero to wield the iconic hidden blade in the Assassin’s Creed mythos. Players will learn more about the backstory of the Assassins and why they choose to fight from the shadows.

Starting next month, the three episodes in the Legacy of the First Blade story arc will be released approximately six weeks apart.

The second story arc, The Fate of Atlantis, will arrive in spring 2019 with three episodes releasing six weeks apart.

Sounds like there will be plenty to keep folks busy for may months to come.

Patch notes for today’s update are below, and Ubisoft was kind enough to point out the notes contains major story spoilers. Some of these are denoted by a spoiler tag, but you may wish to skim the notes just in case.

If you’re just starting out, be sure to check out our Assassin’s Creed Odyssey guide for tips, hints and walkthroughs.

Improvement of the Mercenary Menu 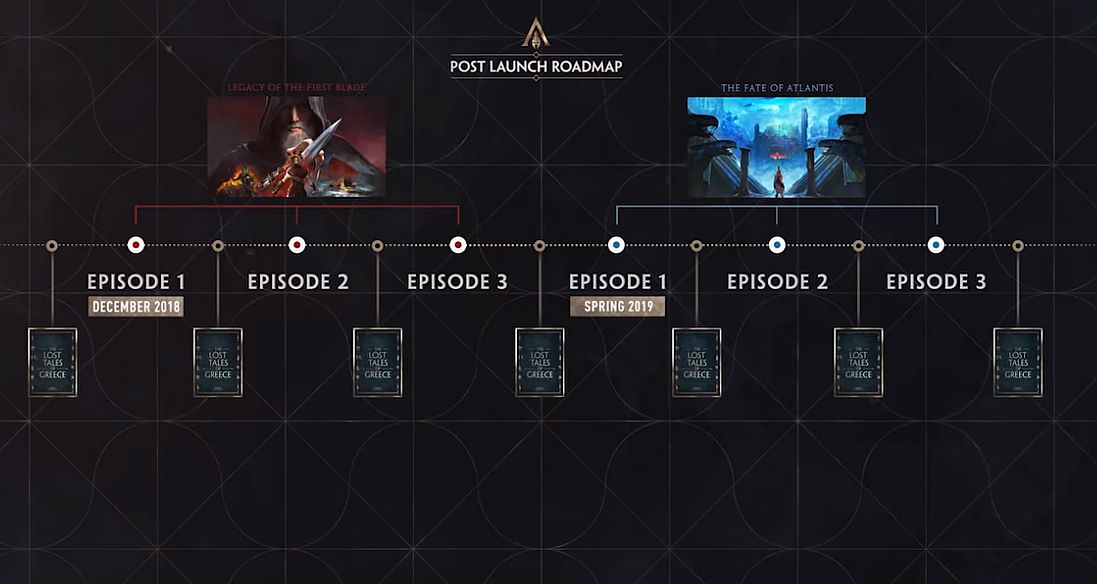