Generation 4 of Pokemon Go is here- meaning that Pokemon from the Sinnoh region (Pokemon Diamond and Pearl) are now appearing in the wild.

This is great news for Pokemon Go trainers, as with the ability to now capture Celebi offered widely many top Pokemon Go players are nearing the end of the third generation of creatures. Gen 4 offers up 107 new Pokemon – which will be the second-largest amount of new creatures added to the hugely popular mobile game since its 2016 debut. 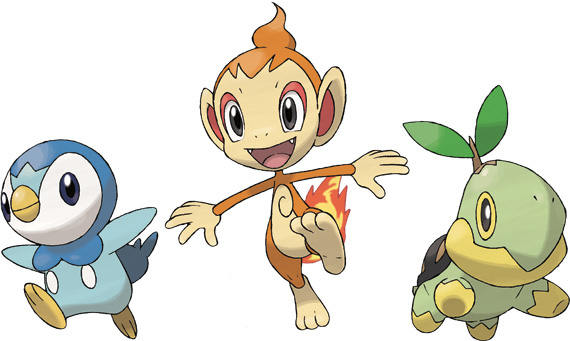 Gen 4 of Pokemon Go brings with it some real gems, all of which made their debut in the Sinnoh Region in the Pokemon Diamond and Pearl titles for Nintendo DS. Many of these new Pokemon are actually evolved versions of Pokemon that already existed in Pokemon Go – including new Eevee Evolutions, Baby Pokemon and new forms. On top of that there are nine legendary Pokemon and five mythical Pokemon – meaning there’s plenty of new fodder for Pokemon Go’s field research and special research missions and EX Raid battles over the coming year.

Alongside all these all-new additions, expect balance changes that’ll adjust our Pokemon Go Tier List and other shifts in response to the newcomers. The Pokemon Go Egg Hatching chart will surely change, for instance, as new potential gen 4 egg hatches are added and old hatches are finally phased out. Gen 4 doesn’t bring any new Pokemon types with it, but it does introduce new type combinations that’ll play into the type strengths and weaknesses chart for battle.

Which Gen 4 Pokemon are in Pokemon Go so far?

Here, we’re going to list that 26 so you know who they are – then if you want more information on them, you can view them in the full Pokedex of Gen 4 Pokemon below – just keep scrolling! Keep in mind that these Pokemon can be caught in a variety of ways – some in the wild with Pokeballs, some by hatching eggs, some via raids. In this list, evolutionary lines are listed together.

A large number of the newly-added Pokemon in Pokemon Go generation 4 are those who are being added to existing evolution lines in the game – meaning they’ll evolve from previously obtainable Gen 1, 2 and 3 Pokemon so long as you have enough candy. Here’s the new Pokemon Evolutions for Pokemon Go Gen 4, plus their types and what familiar creatures they evolve from.

As well as the above evolutions, there’s also some earlier forms added to a select few families of Pokemon. These new baby Pokemon join the evolution line listed next to them in the table below, and they’ll very likely begin to hatch out of short distance eggs once gen 4 lands.

These are the most exciting of the bunch – here’s the all-new Pokemon and Pokedex additions for Pokemon Go gen 4. These are all-new beasts in all-new evolutionary lines, and will be appearing in the wild…

You’re not likely to see these Pokemon out in the wild, but a slew of legendary and Mythical Pokemon were also added in Gen 4, and thus will now be slated to hit Pokemon Go…