Additional Spider-Man suits can be donned by players when the first chapter of The City that Never Sleeps is released.

Sony provided a look at three new Spider-Man suits included with the first DLC drop. A release date for New Game Plus was also provided, but has since been removed.

New Game Plus was dated for October 17 alongside update 1.07. This was according to the EU PS Blog, which has since removed the information (thanks, Siliconera). It may have been a mistake, so, keep that in mind. We thought it was worth mentioning though.

New Game Plus mode will give players a harder go at things when released. It was announced back in September.

The City that Never Sleeps features three chapters, and the first is called The Heist, which takes place at an art museum.

Players will be able wear the Resilient Suit, designed by Marvel illustrator Gabriele Dell’Otto. The two others are Spider-Man’s suit from Scarlet Spider 2, and the Spider-UK suit from the Spider-Verse.

The City that Never Sleeps is a three-part DLC series featuring new missions, villains, characters, and additional suits for Spider-Man. The Heist is out on October 23.

Chapters Turf Wars and Silver Lining will follow in November and December, respectively. The City that Never Sleeps will run $24.99, or $9.99 for each individual chapter.

If you need help unlocking Spider-Man suits already in the game, check out our guide. 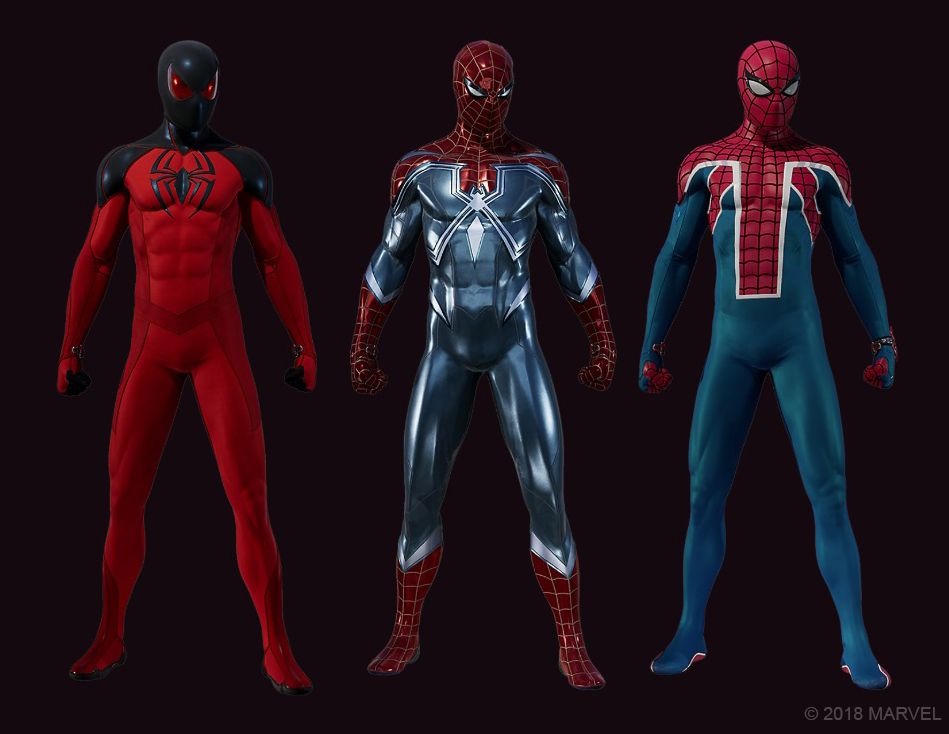