Analogue has announced Mega Sg which will allow users to play their old Sega Genesis cartridges on modern televisions.

Folks who still have their old Sega consoles and games will be able to the games using Analogue’s Mega Sg.

Like the company’s Super Nt, the device isn’t an emulator. Instead, you plug your old console into the device and it renders the game in 1080p – and without lag. It is compatible with over 2,180 titles in the Sega Genesis, Mega Drive and Master System game cartridge library.

The Mega Sg plugs directly into the original Sega CD and Mega CD with a connector, just like its Super Nt. It uses an original-style cartridge slot and controller port, and some with a Sega Master System adapter. 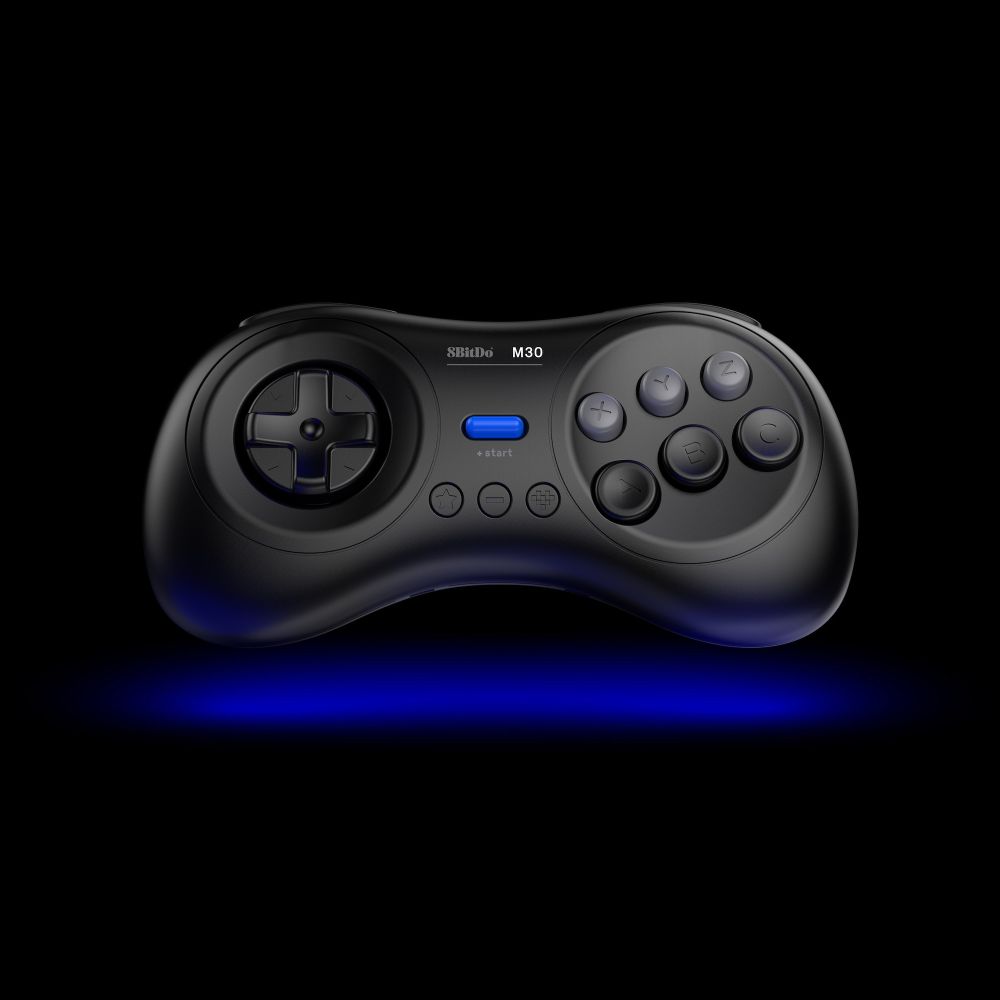 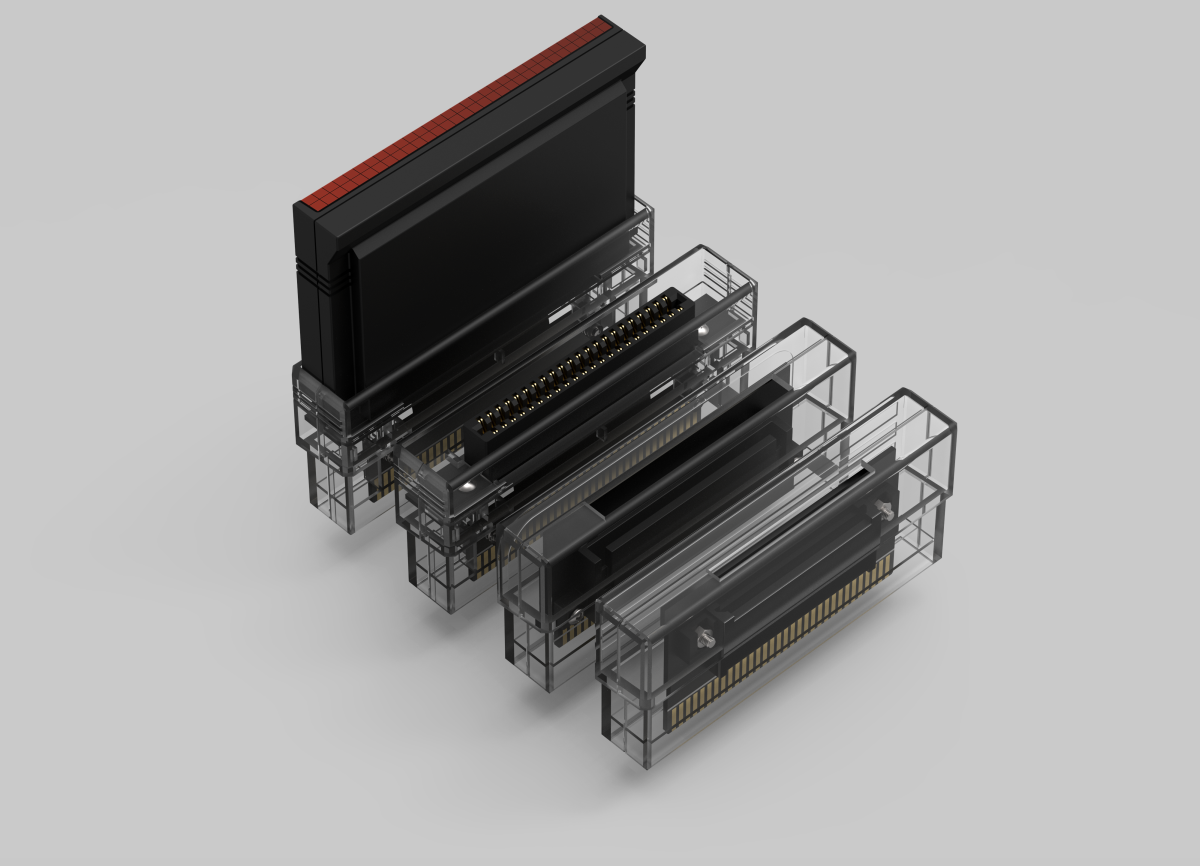 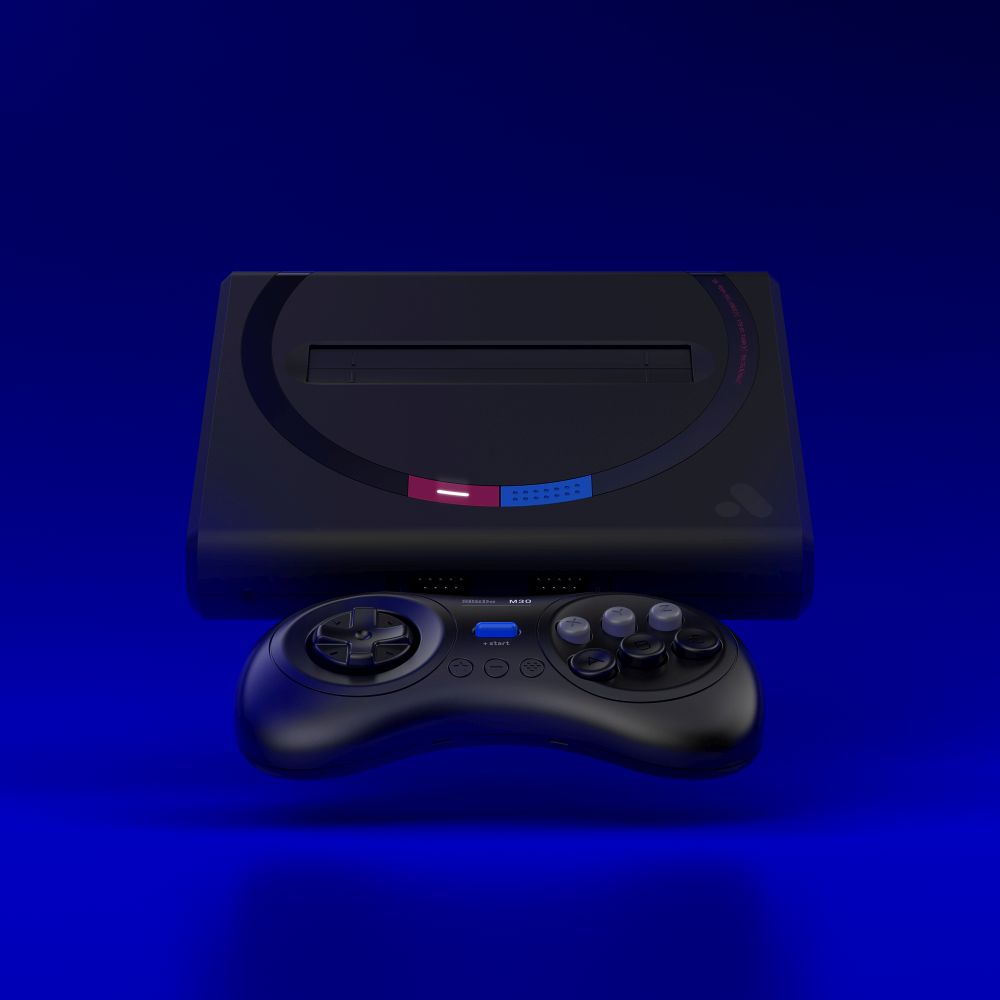 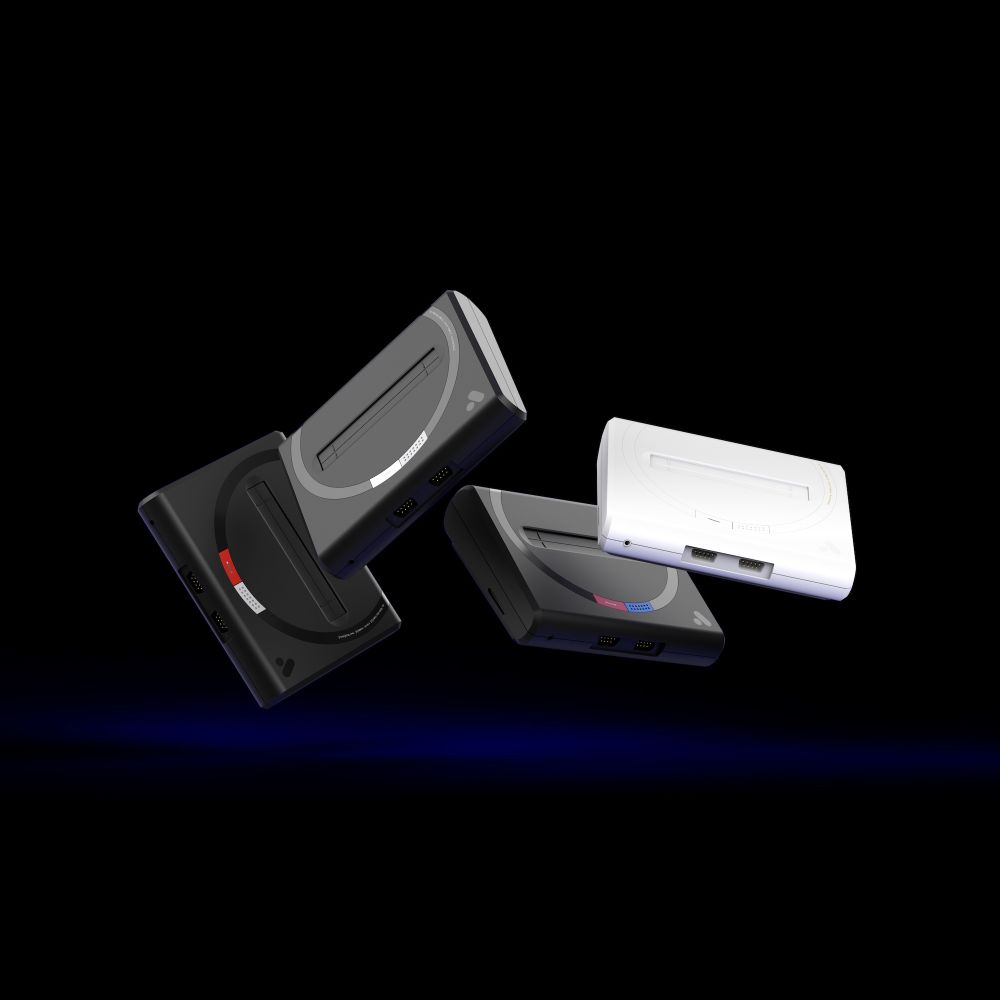 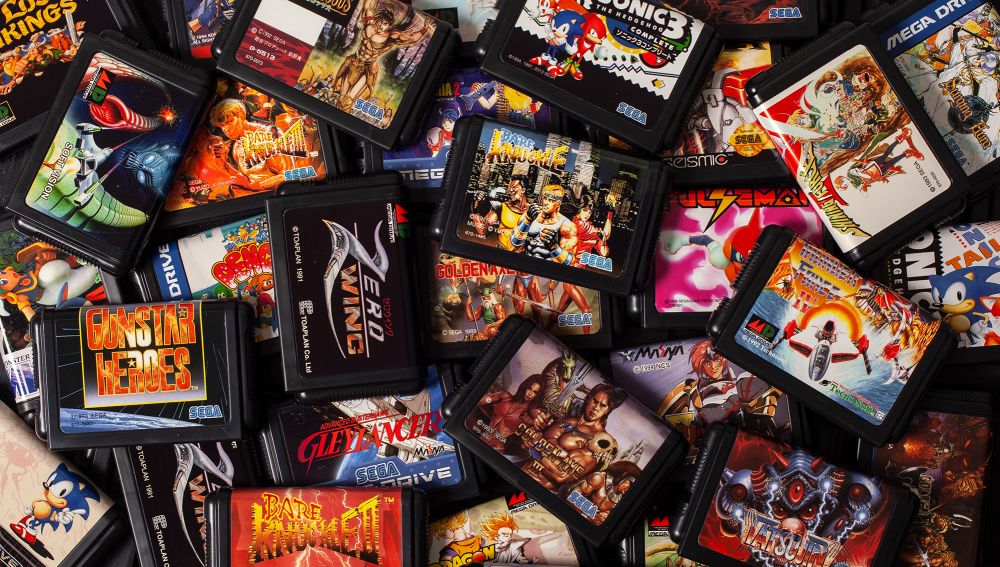 It uses an edge connector for the Sega CD and Mega CD making it compatible with the original Sega Genesis, Mega Drive, and Master System game cartridges plus the original hardware and accessories. The only pre-Saturn console not supported by the Mega Sg is the 32X – for now at least.

An option for the wireless 8BitDo retro M30 controller will also be available. Analogue partnered with 8BitDo to offer a wireless controller for $24.99 each, in case your old Sega controllers no longer work.

Mega Sg comes in four different color options in the announced regions, releases in April, and will run you $189/£140. It is available for pre-order through the official store, but the website seems to be borked at the moment. Just check back later, we reckon. 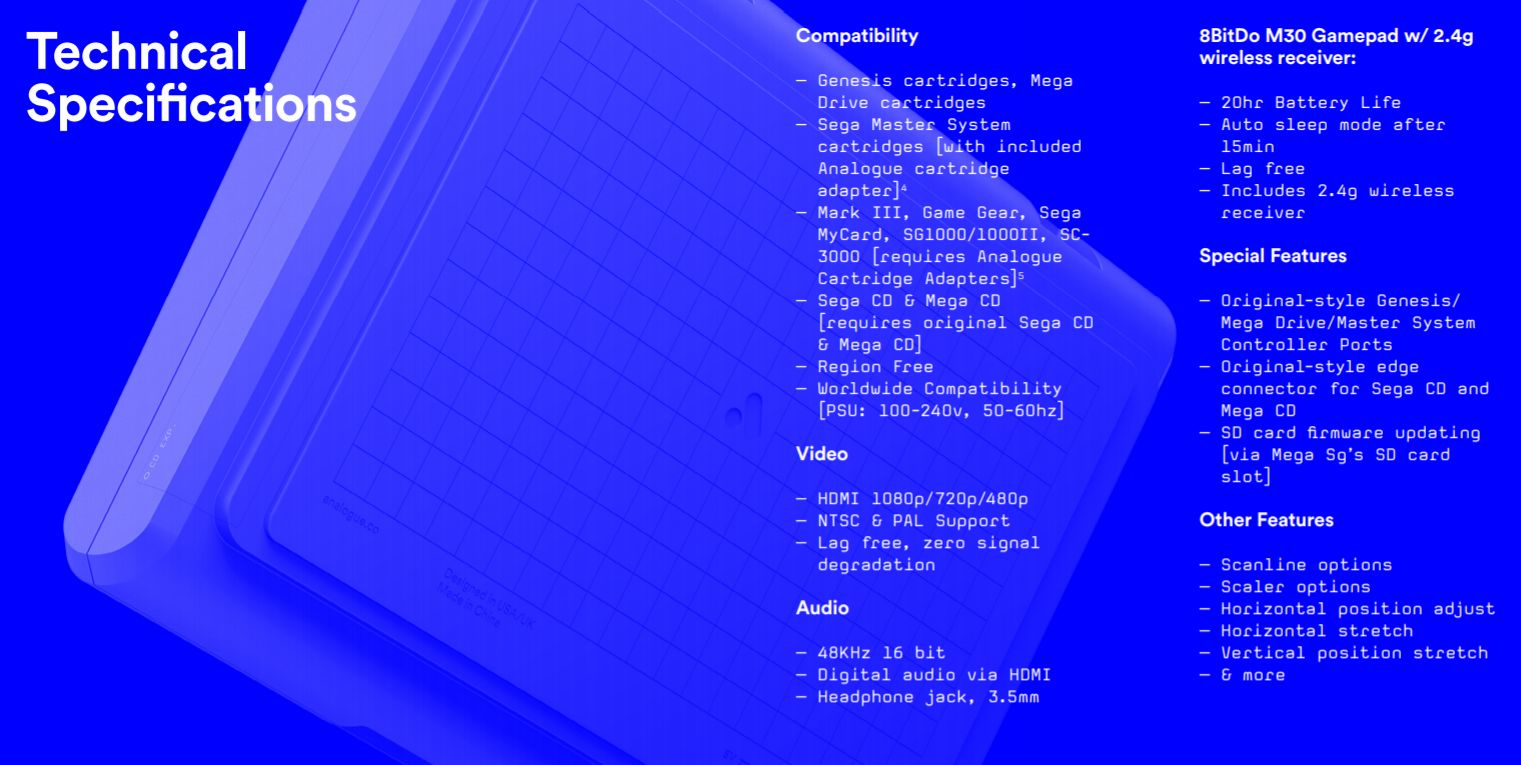 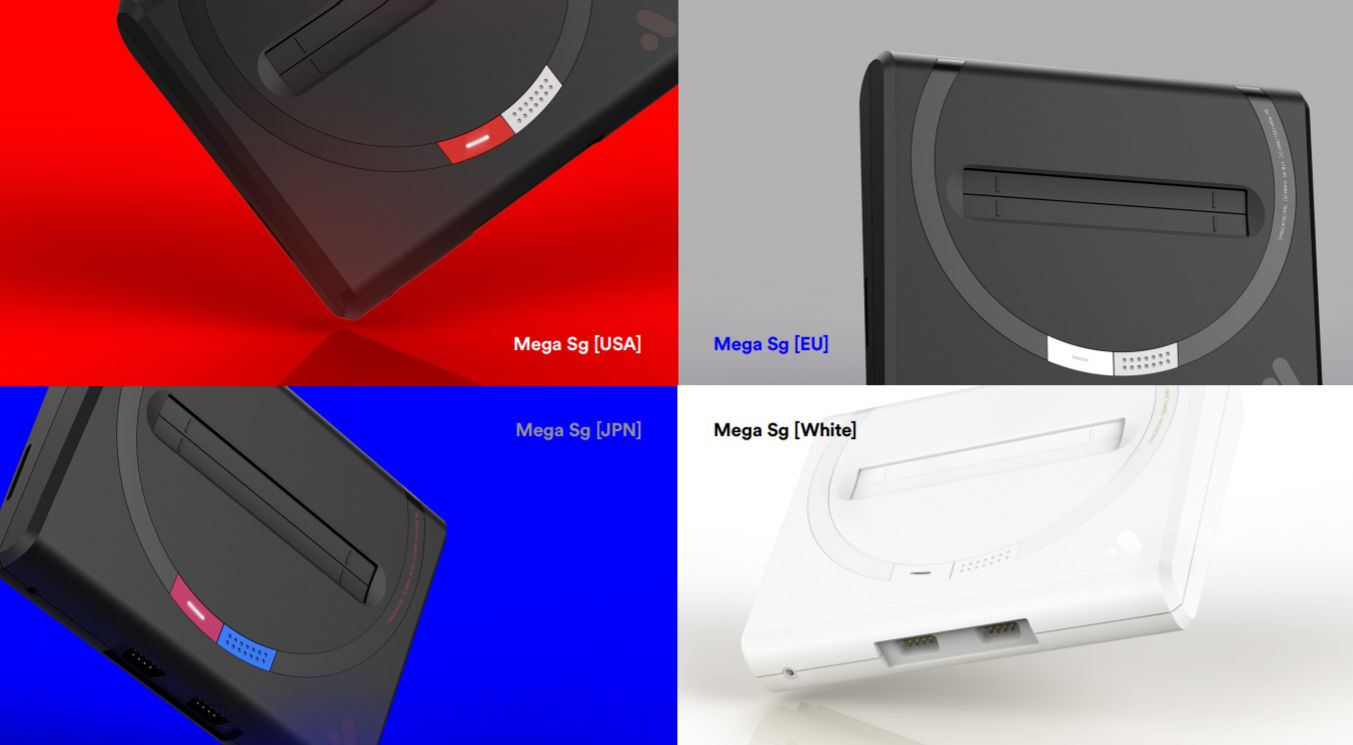