Fortnite gets a new vehicle today, the Quadcrasher. It’s a quad bike with a snowplough on the front. Radical.

The new vehicle comes in the 6.10 patch, which also brings with it a refined Disco Domination mode and the new in-game tournaments.

But it’s the Quadcrasher that’s the headline addition, letting up to two players blaze across the map with a speed boost and smash through buildings. you’ll also punt other players into the air if you hit them with a boost.

The Quadcrasher is a natural evolution of vehicles and a few other elements from previous Fortnite upgrades. Epic began testing vehicles with the shopping trolley, before upgrading that to the ATK golf kart, a quicker way of getting multiple players around the map with a neat little speed boost system.

Walls have also become less of a barrier to players with the new Shadow Stones found in Corrupted Areas. Consume one and the player turns wraith-like, able to float through solid objects made of wood, stone and metal. Now you don’t have to just float through them, you can smash them down. 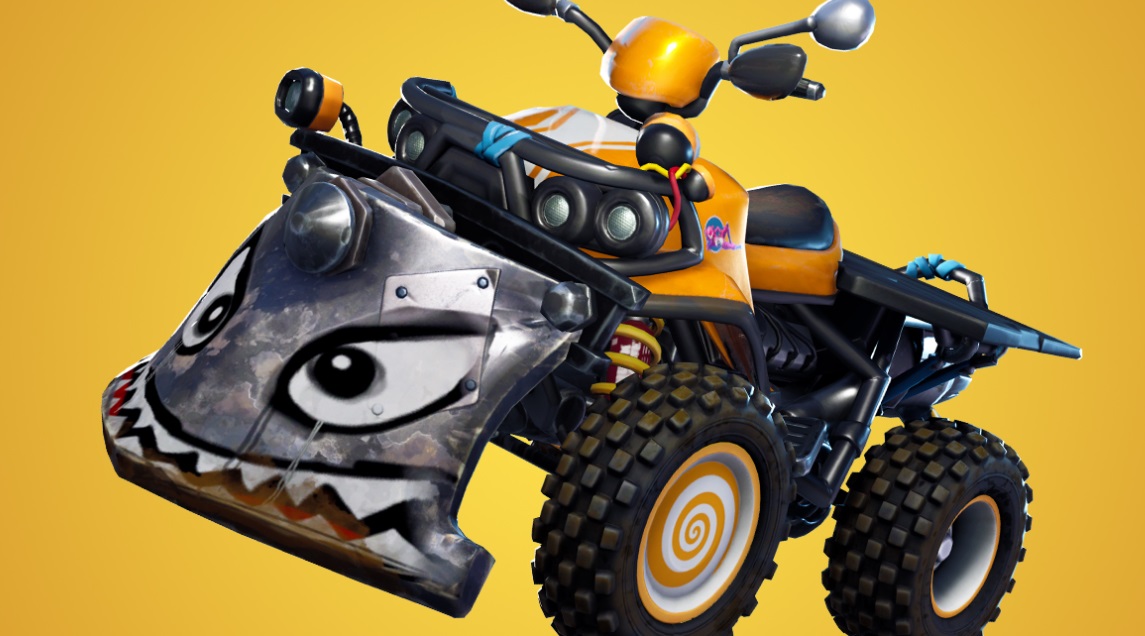 If you’re currently working your way through the Fortnite Season 6 Battle Pass, here’s all the challenges so far:

If you want to get involved with the Halloween spirit, you can buy the Skull Trooper and Skull Ranger skins for a limited time.