Zombies has always been one of my least played modes in Call of Duty games, probably since its introduction in World at War, and not for lack of interest.

The idea of a zombie survival mode with Call of Duty mechanics always sounded very appealing on paper. The structure of Zombies; spawning in with meagre starting weapons and working your way through upgrades and through the map itself encourages discovery and breeds replayability.

Having a progression system on top of that with unlocks and modifiers is another layer that ensures you’re always shooting for something, even if you’re pants. Yet after over half a dozen Call of Duty games, each with their own take on Zombies, not once was I able to able to get into shooting undead for more than a few rounds in solo. Every year a new Call of Duty game releases and I jump in as eager as ever to hopefully, finally enjoy Zombies – or at the very least explore the content of these maps – but it never happens. 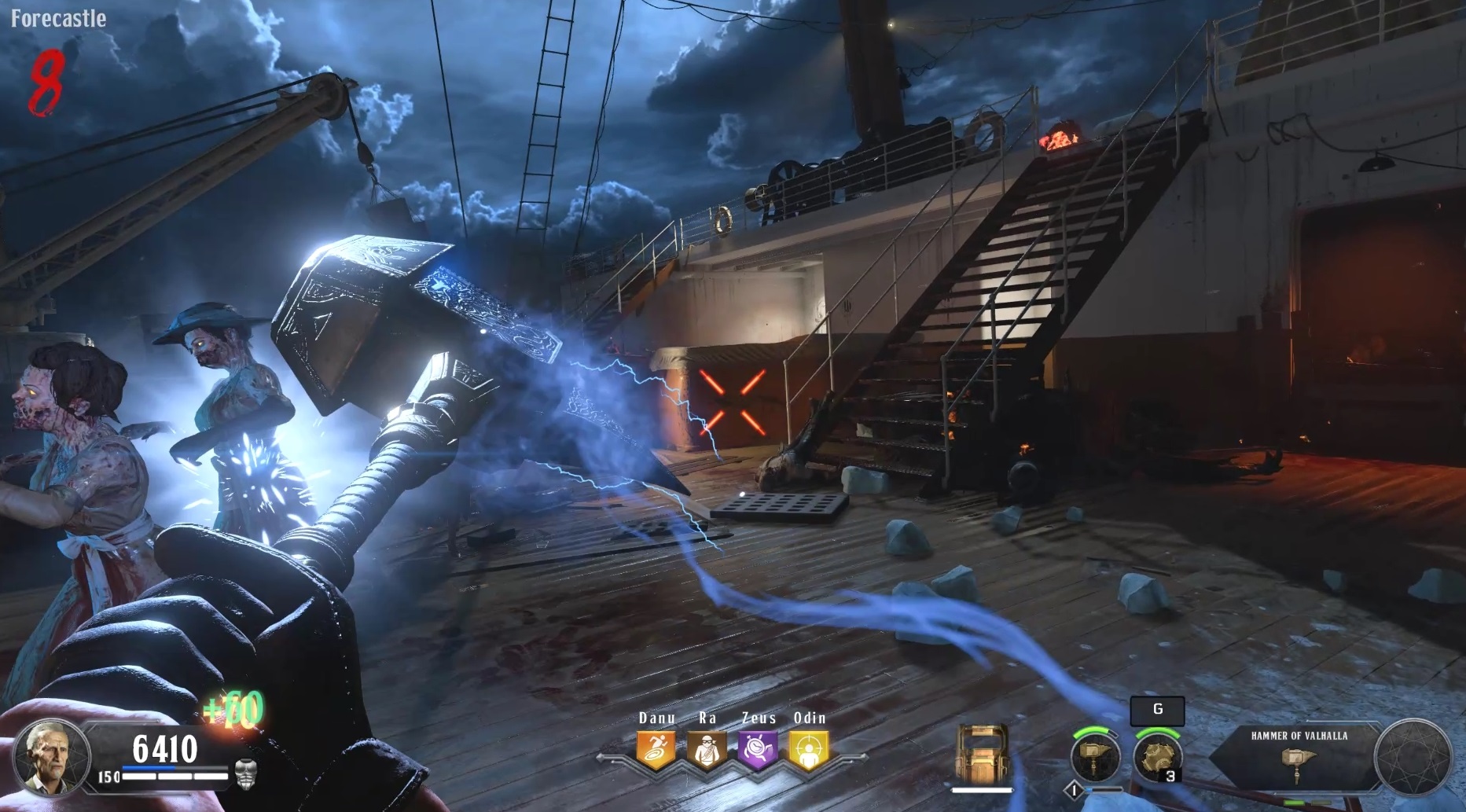 This year, I got my wish with Black Ops 4. Treyarch is seemingly aware that a large portion of the Call of Duty community wants to get into blasting crispy cadavers but can’t due to some hurdles born out of the mode’s very design mantra, and years of additions and expansions to its systems. Perhaps it was the lack of a story campaign this year that spurred the developer to put more effort into onboarding new players, or maybe it’s the start of a new story line in Zombies universe that offered the team a chance for a do-over.

Whatever it is, the result is a Zombies mode more accessible than ever without catering specifically to the inexperienced. I can’t vouch for its depth given my lack of experience with Zombies in general, but I found much to keep me busy outside of the bullshit Easter egg hunts that permeate every one of those maps. For people like me looking to run around shooting zombies and occasionally feel powerful by wielding limited-use items and weapons, Black Ops 4 delivers.

It all starts off with a two-part tutorial, well-narrated, paced and presented. It managed to explain years-old Zombies concepts in simple terms, allowing me to practice my newfound knowledge safely.

It also illustrates this year’s new Zombies additions without making things more complicated than they need to be, which is crucial because you wouldn’t expect a horde mode to be this complex and layered. Zombies, as I’ve come to realise, has over time evolved every one of its mechanics, and changed up how its story and secrets are presented so much that it’s hardly about just surviving against increasingly difficult waves of the undead anymore. 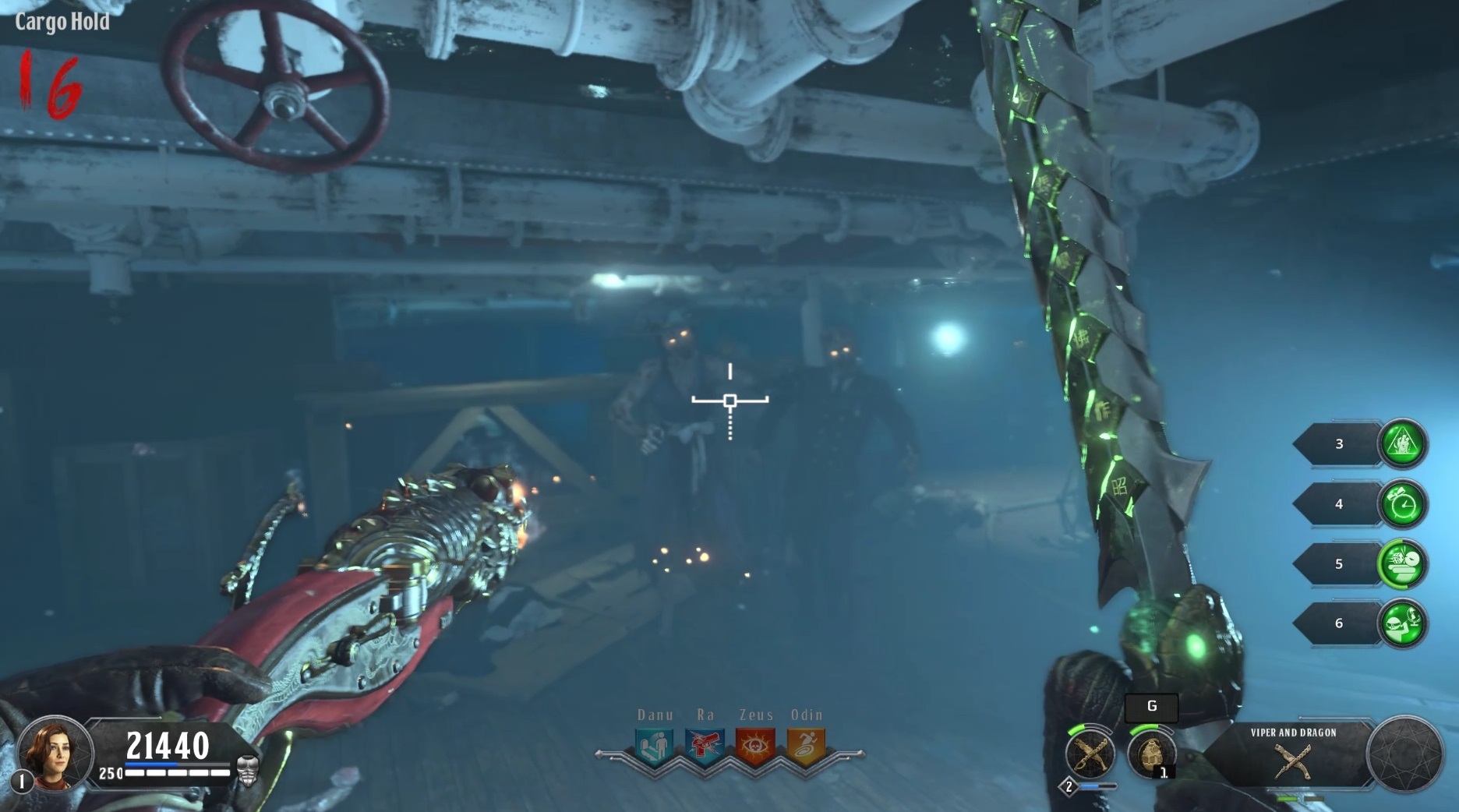 Before starting the tutorial, I decided to go in cold with two friends and a random. This detail is important because just a few hours from the game’s launch, that person was blazing through the map, turning levers, unlocking pathways and getting weapons at such a pace that I honestly couldn’t tell what was even happening. A few minutes into the round and my group and I were no less bewildered than when we joined.

Why are there four statues of mythical gods dotted around the map? What’s a talisman? What are elixirs? What’s that about classes, am I going to have to worry about builds? These and many other questions were on my mind as I trailed our all-knowing teammate just to see how they do what they do.

The tutorial didn’t go over every question on my list, but it eloquently summed up what I needed to know so that I can navigate Zombies without getting frustrated at the sheer number of things I needed to learn. I may not be able to put together a decent build or even remember to drink my elixirs, but I am no longer confounded by most of what I come across.

The basis for the various Easter eggs and hidden weapons in Zombies is something the tutorial neglected to mention, though it did establish a baseline by showing what’s possible. A good example of this is crafting – a big part of Zombies today. The tutorial’s job in this instance is to let you know crafting is a thing, and illustrate how you can keep track of the parts you collect by showing one possible craftable item.

Armed with that knowledge, I was comfortable with seeing various separate pieces around the map because I knew they’d inevitably lead into the crafting of a useful item. But Treyarch’s onboarding efforts don’t stop there.

Black Ops 4 Zombies supports bots for the first time. No longer do I have to run around these big intricate maps alone just to get to absorb the story and take in level design. Up to three bots can now accompany you, and they’re fairly component at shooting, buying weapons, opening shortcuts, and even reviving when necessary.

Unfortunately, they’re only limited to private matches which prevents you from earning levels or unlocks, since everything is available off the jump. I would have preferred an option where content tourists like myself could make progress, even at a reduced rate, while playing with bots. Still, I’ll take having bots with no progression over Zombies solo hell with unlocks any day. 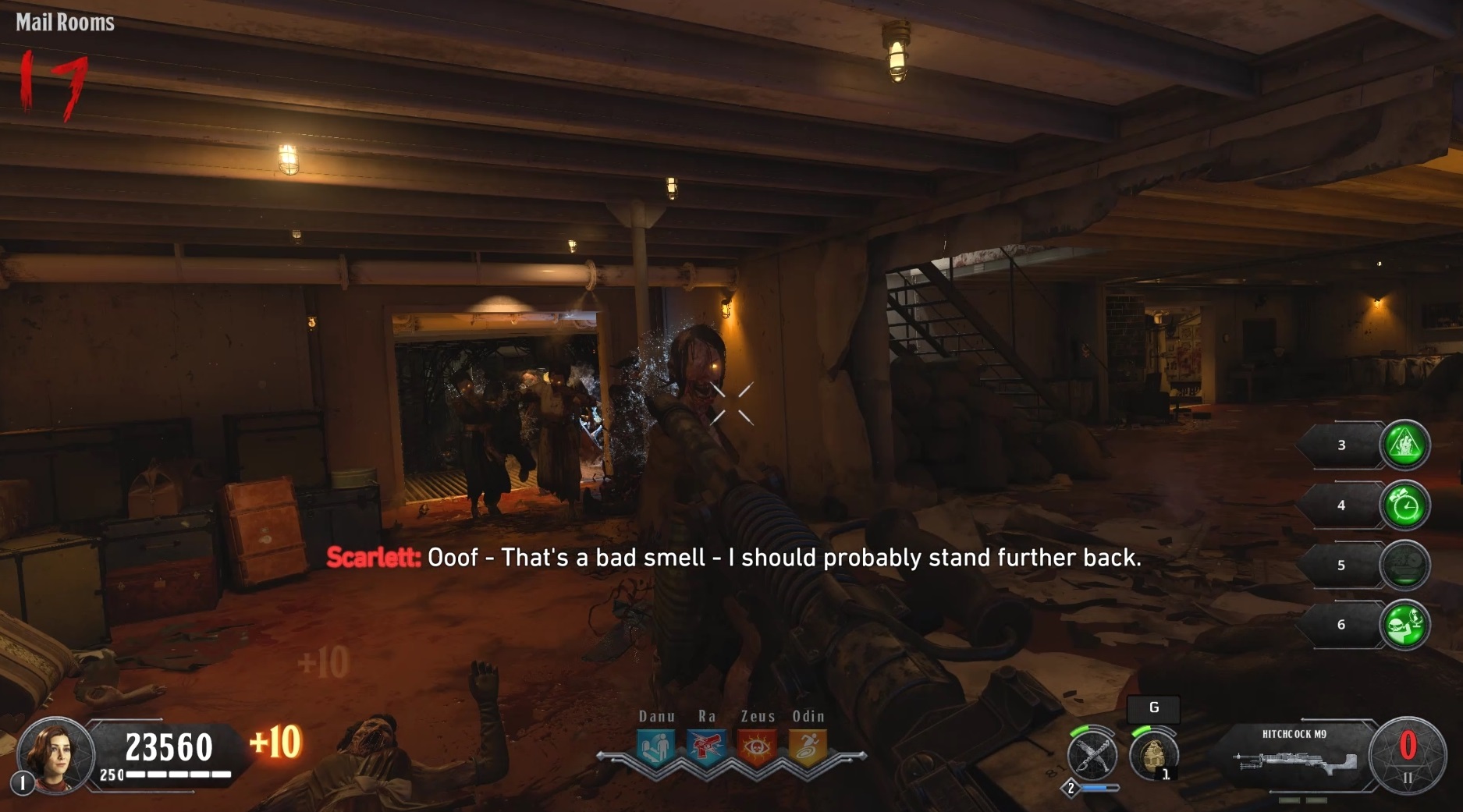 To top it all off, private matches now allow for a wide range of adjustments and tweaks. You can control zombie health, speed, frequency of boss spawns, player health, starting weapons, and over two dozen other gameplay elements. This is another massive addition, and it means I can finally tweak the experience to be more akin to something like Killing Floor – my benchmark for zombie horde mode games.

The default matchmaking and queuing up experience remains relatively untouched. Having anything but Open NAT greatly affects your chance of finding a match. The lower population on PC also doesn’t help. I would ask for dedicated servers but considering how long Activision took to implement them in the more crucial multiplayer component I don’t believe it’s worth the effort.

Assuming you’re not interested in the anything-goes portion of private and custom matches, Black Ops 4 offers difficulty settings for its vanilla experience, another first for Zombies. The default is medium, and there’s a casual mode for people looking to get a feel for things without getting crushed, and two other higher difficulties above normal.

I still think casual is a bit too harsh in solo, but I know that I am going to get better the more I play. Easter eggs and the more obscure elements still elude me, but at the very least I have the tools to approach and enjoy Zombies – even at this basic level, something I couldn’t say for any of the mode’s previous iterations.