Star Citizen is still making a lot of money from fans buying new spaceships. At CitizenCon, it jumped up over 1700%.

Cloud Imperium Games, the developers of Star Citizen, have certainly found a fanbase with deep pockets, as it was revealed that, at CitizenCon, fans bought in for $379,254 worth of content in just one day, as noticed by Eurogamer.

That was on October 10, when CitizenCon 2018 took place. It’s a live event that celebrates the anniversary of Star Citizen’s announcement, with presentations and announcements made to show off what’s coming next. 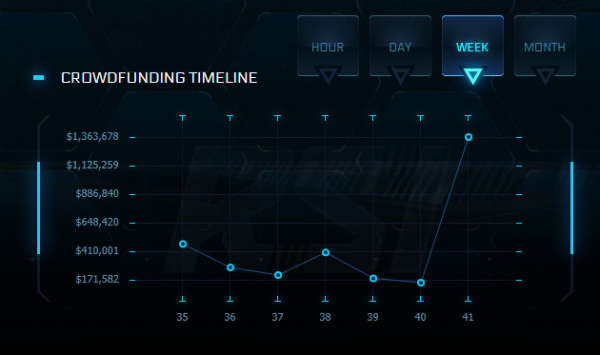 For example, more of the FOIP face tracking was shown off, with terrifying results. There was also a new trailer for Squadron 42, the single-player spinoff featuring Mark Hamill, Gillian Anderson, Gary Oldman, and Henry Cavill, and new gameplay featuring the planet Horville.

That jump in funding probably came from the new ships from CitzenCon – although they’re not all available to purchase yet. The Kraken is one such ship, which is a big enough deal that you currently have to register interest, and even has a 32-page digital magazine about the whole thing. Who said print was dead?