Assassin’s Creed Odyssey has been out for a week now, and it’s good. Best-in-the-series-so-far levels of good, which is surprising considering we’ve had an entry (almost) every year since its debut in 2007.

Those 11 years have been a constant cycle of reinvention and refinement, introducing, tweaking, or entirely dropping mechanics every few years to keep stabbing Templars in the face feel fresh.

With Odyssey being so damn good, we thought it would be worth looking back on where it came from and remember some of the ways, for better or worse, that Assassin’s Creed has dabbled in change since 2007. 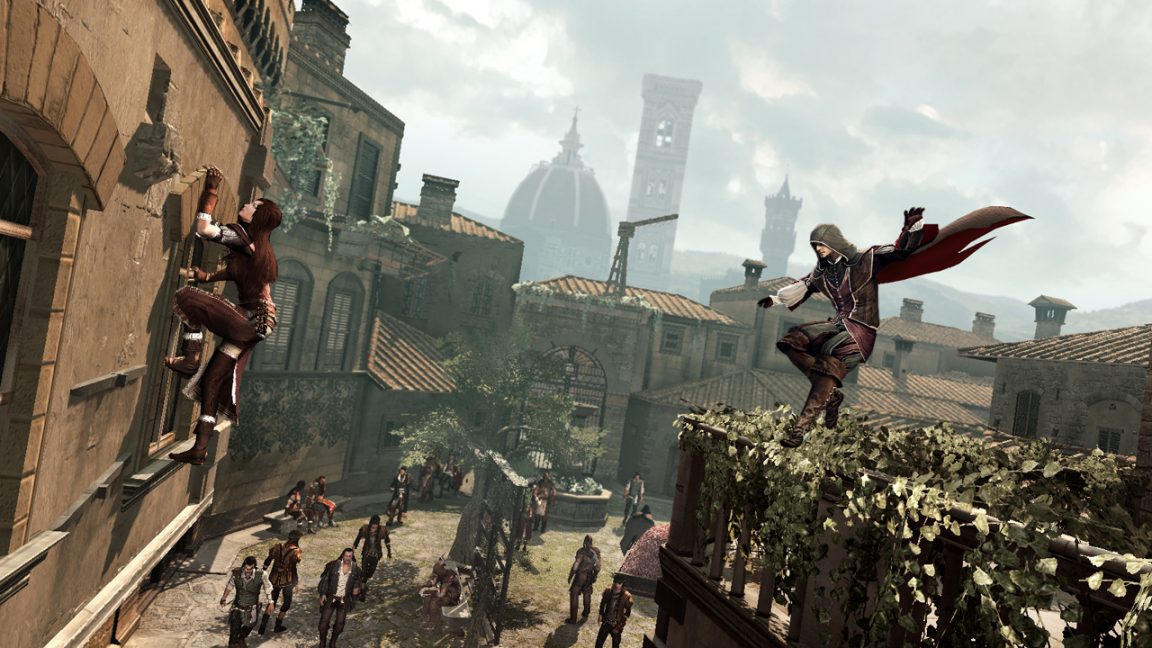 Introduced in the third entry, Brotherhood, competitive multiplayer was – in theory – an intriguing adaptation of the series’ focus on hiding in plain sight. Players picked one of a colourful roster of Animus avatars and then dropped into bustling crowds full of NPC doppelgängers. From there, the goal was to watch the crowds and find your target, who could be picked out through erratic, human-like behaviours.

That’s just in theory, though. In practice, nobody ever played multiplayer how it was intended, and so it turned into an all-you-can-stab parkour party. It was a difficult game to understand at the best of times, and the skill gap between newcomers and veterans was surprisingly large. Power-ups, special abilities, and full rank progression all helped contribute to it being much bigger than it had any right to be.

Sadly, the mode was dropped entirely for Unity, possibly in part due to server costs and the newly-introduced co-op system. Since then there’s been no word of it making a comeback, however, multiple indie games have carried the torch. Games like Blazing Griffin’s Murderous Pursuits and Chris Hecker’s SpyParty both offer up their own takes on NPC-driven multiplayer stealth, even if it’s no longer all hoods and parkour. 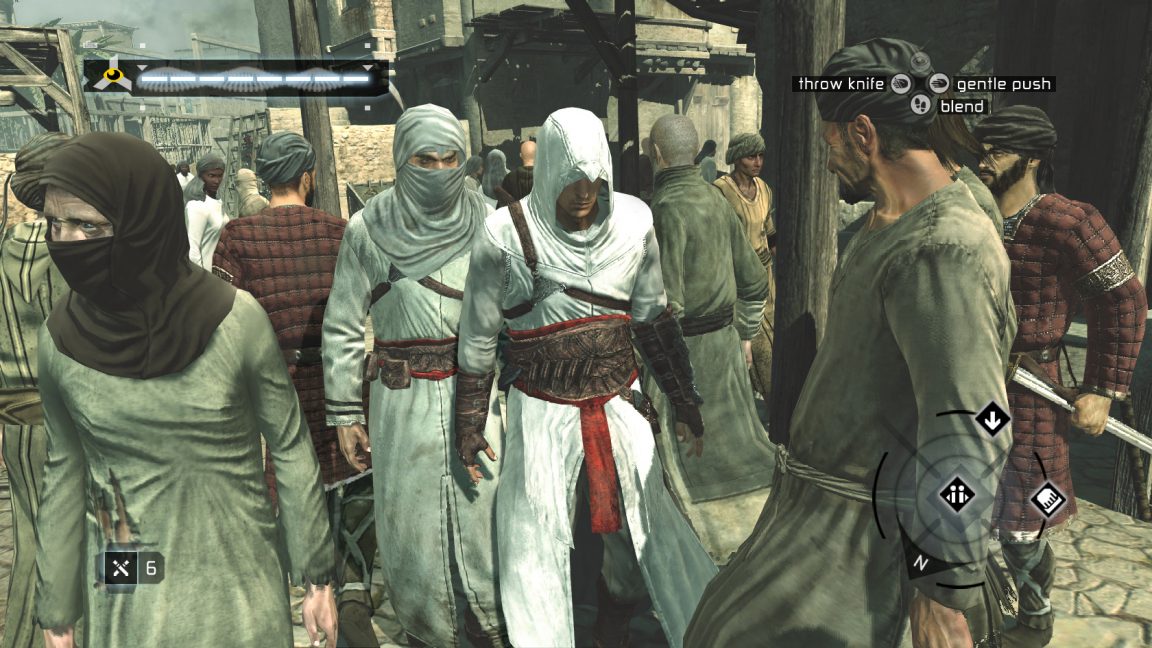 Social stealth was Assassin’s Creed’s main selling point for most of the series’ history, and so it’s incredibly weird that it gets a place on this list.

All the way back in Assassin’s Creed, your actions were divided into high and low profile: sprinting through a crowd and knocking over civilians was a high-profile action, while taking it slower and gently pushing them out the way, while rude, was low-profile. Too many high-profile actions would alert the city guards to Altair’s presence. Being aware and considerate of the NPCs around you was a vital component of the game’s stealth aspect.

While Altair could blend into groups of roaming scholars, or sit on benches to eavesdrop, it wasn’t until Assassin’s Creed 2 the series’ blend mechanic really came into play. Ezio could weave in and out of crowds, using anywhere that was densely populated as a viable hiding place. He could move freely through the masses and hire courtesans to help keep him incognito, or even throw coins on the ground to cause a distraction. Running and leaping off of the rooftops is always appealing, but there was something very satisfying about being a knife in a crowd, disappearing back into the throngs of people once the deed had been done.

Unfortunately, the emphasis on stealth was suddenly dropped for Origins. It makes sense, as Bayek’s role as the last Medjay made him a bit conspicuous, and so he had to rely on bushes and foliage more than the crowds to get around unnoticed. Sadly, blending didn’t return for Odyssey either, making it seem more likely the social stealth aspects that once defined the entire series have been let out to pasture. 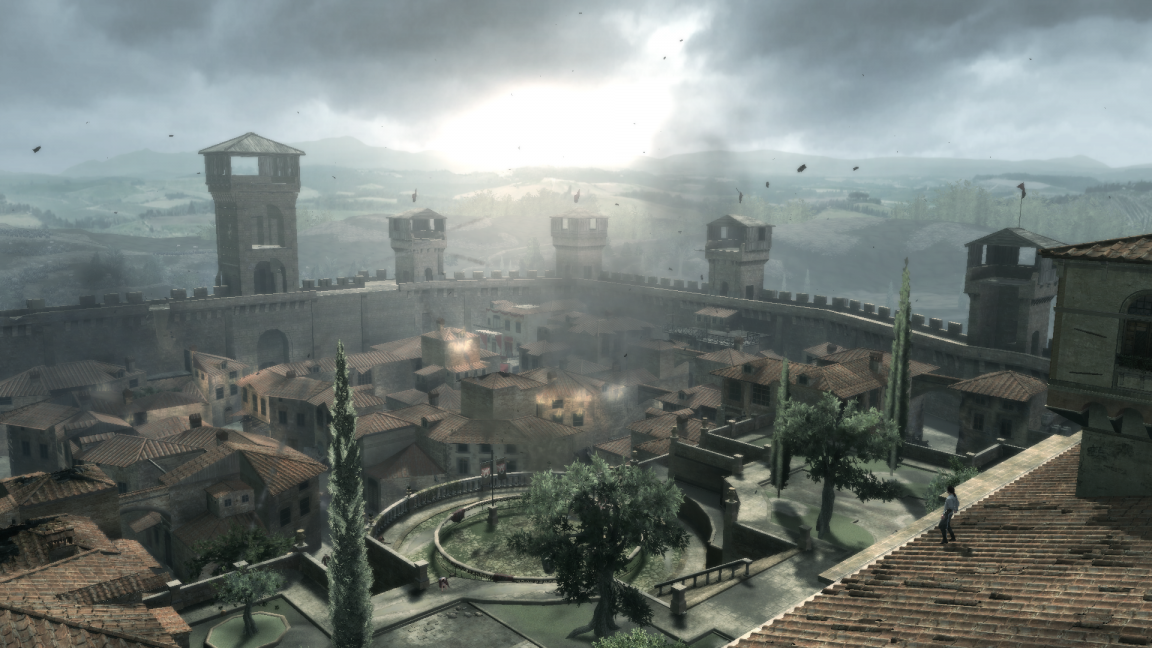 Monteriggioni, Ezio’s second home following being ran out of Florence, is the start of Ubisoft’s on-off relationship with building bases in Assassin’s Creed. Throughout it and Brotherhood, shops could be upgraded to provide better equipment and deals, and the entire city could be renovated from Ezio’s mansion to bolster his income while out doing assassin-y things. It helped reflect Ezio’s role as a nobleman, while also giving players a bit more to spend their masses of wealth on than a top-up of the berserk darts.

While later games did toy with home bases (Syndicate’s moving train base was cool as hell), Assassin’s Creed 3 was probably the most interesting way the series has tried the idea, by having Connor and mentor Achilles manage the Davenport homestead and its surrounding areas. Instead of focusing on real estate and economy, though, 3 reflects Connor’s relationship to the American Revolutionary War by confronting the player with desperate people struggling to survive in the wilderness after being displaced by the fighting.

Side-quests centre on helping these characters thrive and turn it from people fleeing a war and into a community. It was a interesting take on the themes of the game, and also gave Connor’s base much more to do within it than Ezio ever had in Monteriggioni. 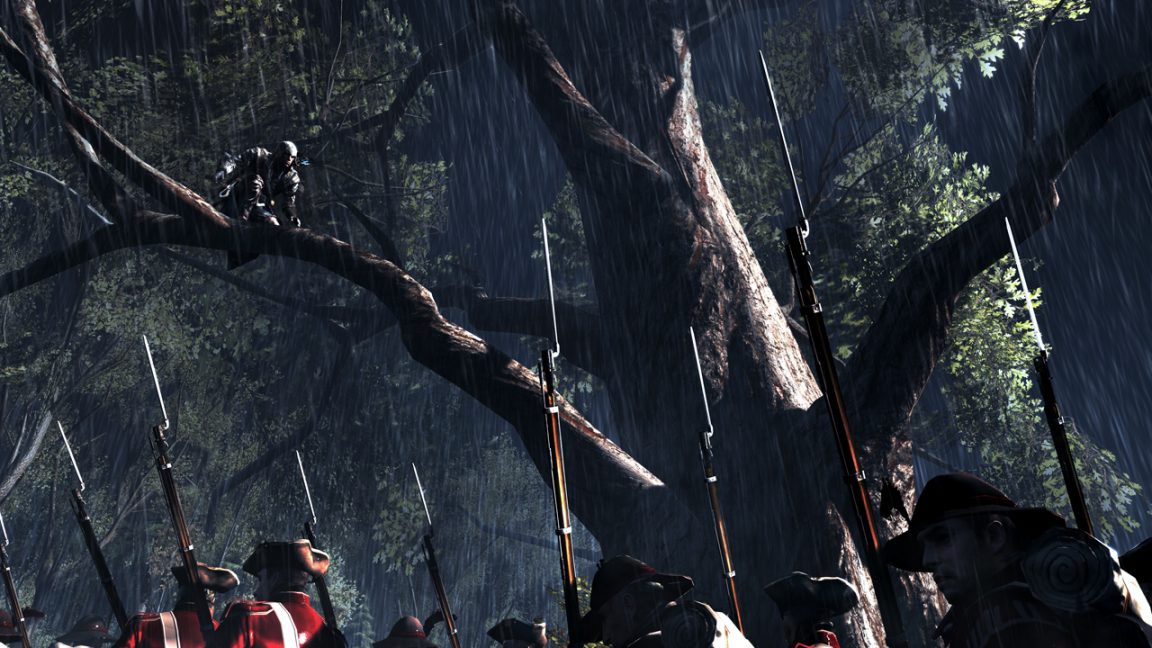 For its many, many flaws, Assassin’s Creed 3 also had an excellent movement system. Connor’s animations were entirely reworked from his predecessors Ezio and Altair, making him feel much heavier and ruthless to better represent his comparative lack of Assassin experience.

As part of that and the game’s emphasis on rural environments, the parkour system was expanded to include tree running. Connor could leap and clamber through the trees of colonial America, sneaking over British soldiers and landing a whole host of gruesome kills in the process. Trees for Connor were like market stalls for Ezio and Altair; he flowed through the forests intuitively and efficiently, and it felt great to play.

While it made sense for Connor and Black Flag’s Edward, there was little natural land to clamber around in in Unity’s Paris or Syndicate’s London, and so, as part of a wider overhaul on the parkour systems, tree running was relegated to a few specific spots. Fast forward to Odyssey, though, and it’s painfully obvious that Kassandra and Alexios still have a few things to learn.

The Greek islands are full of dense forests, and yet using them to parkour around simply isn’t possible most of the time. Imagine if you could scramble into the canopies to get the drop on a camp of bandits the same way Connor could instead of relying on a few conveniently placed shrubs. At least Assassin’s Creed 3: Remastered is included in the game’s season pass to give all the tree running anyone could possibly need. 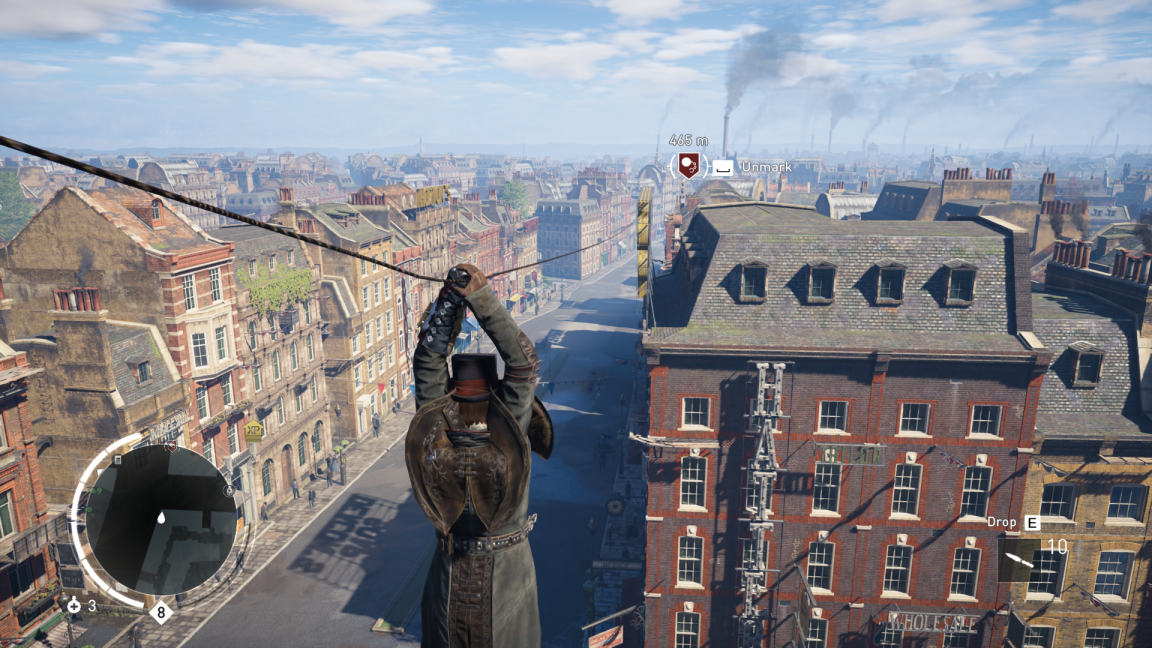 The Hookblade from Assassin’s Creed Revelations has gained a bit of an unfair image problem in the years since it was introduced. Sure, “it has two parts, you see: the hook, and the blade” from Assassin Yusuf was a daft line, but it gave a much-needed breath of life into the elderly Ezio’s parkour repertoire after the previous two games playing as him.

The hookblade could be used as a climbing hook, latching onto parts of the scenery to give a boost of speed and height, turning Ezio into one of the most efficient climbers the series has had to date. More than that, though, it could be used to hook enemies and roll around them, maintaining momentum and turning unsuspecting guards into parkour tools instead of an obstacle that slowed you down.

Sadly, the hookblade didn’t make a comeback for future games. It’s not known why Connor opted to use the Pivot Blade instead, but Black Flag lead writer Darby McDevitt chose to also ignore it to avoid leaning too heavily on pirate stereotypes. It feels like a missed opportunity, though, as using the hookblade to explain the origin of the ‘pirates having hooks for hands’ myth would’ve been a cool angle to explore.

One aspect of the hookblades has remained right up to Odyssey, though, as the many zip lines scattered throughout Constantinople are also found in the Greek islands. There has been another experiment with zip lines in the series’ history that had less success though, even though it served much of the same purpose as the hookblade.

In Syndicate, the Frye Twins recover and adapt a Templar grappling hook that helps them climb around the huge urban sprawl of London, be it rappelling up them from the ground, or creating zip wires between them. It massively changed how Syndicate played compared to Unity, its immediate predecessor, as the Fryes could shift their angle of attack much more easily, turning stealth into something closer to a 3D puzzle. Plus it let us enjoy the views of Victorian London for longer, which is always nice.

Unlike the hook blade, the rope launcher not making a comeback makes more sense. It gives a neat splash of Steampunk flavouring to the setting, and helped players better handle the densely built-up areas of the city, but later games go back in time by almost two thousand years, and the cities are only a fraction of the scale of London. There’s no need to have something as high-tech as a Batman-style grapple when running through a field.

Assassin’s Creed has changed a lot over the years, but if you’re wanting all the information you can get on this year’s Odyssey, check out our guides.