The Xbox One October update is rolling out today, and it brings with it the new Avatars and the ability to turn the system on with Alexa.

Microsoft is releasing the Xbox One October update today, and it features the long-awaited Avatar update along with other nifty additions.

Users will find the Avatar Editor features a wide range of body types, moods, clothing, facial expressions, and plenty of other customization options.

Avatars will appear across Xbox One through the user’s profile, their gamerpic, as well as the profile pages of anyone who has chosen to represent themselves as an Avatars. They will be present on activity feed posts, Friend blocks on the Home screen, Gamerscore leaderboards, club headers, and more.

The Avatar Store is also where users can find licensed designs from various games and new content is expected monthly.

Those who prefer to use their old Avatar and still do so, but if they switch over, they will find all the content from still available via the Xbox Original Avatars app. 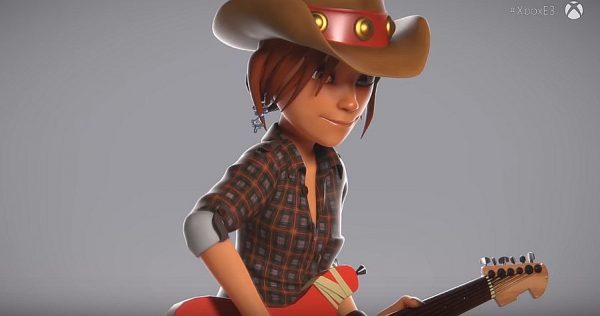 Commands include power on/off, adjust volume, launch games and apps, start and stop broadcasts on Mixer, capture screenshots, and more. Look for the Xbox Skill in the Alexa Skill Store or the Cortana Skill Store to get started, and it’s easy to set up from there.

Additionally, in the coming days, those in the US who purchase a qualifying Xbox One S or Xbox One X bundle through Amazon will also get a new Amazon Echo Dot while supplies last. 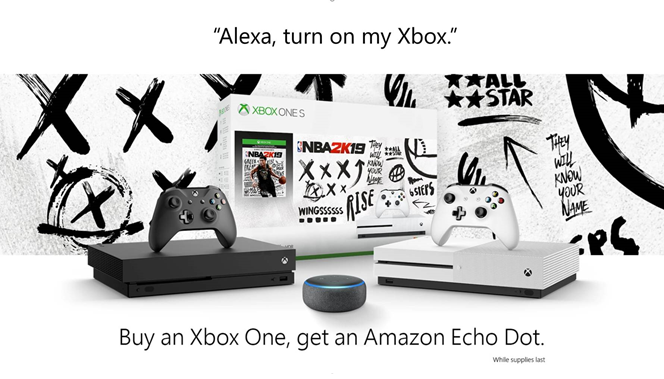 Finally, the new languages for Narrator have also released with the update. Five additional languages are available through the Narrator on Xbox One. These are: Spanish, Portuguese, Polish, Swedish, and Dutch. An Australian version of English language for Narrator is also being added.