Easter Eggs in games are fun, and there’s one in Hitman 2.

Hitman 2 players who take on the Columbia map will find a Freedom Fighters arcade cabinet in a bar.

The Easter Egg was noticed during a preview by PCgamesN.

It’s rather cool to see honestly, especially since Io Interactive said in the past it was interested in revisiting the series. Unfortunately, that was said way back in 2011, and we’ve since heard nothing else on the matter.

That doesn’t mean Freedom Fighters 2 is out of the question though.

When the Hitman 2 developers were dropped from Square Enix, Io Interactive was able to keep the Hitman and Freedom Fighters IPs.  But in the process, it lost the rights to Kane & Lynch and Mini Ninjas. 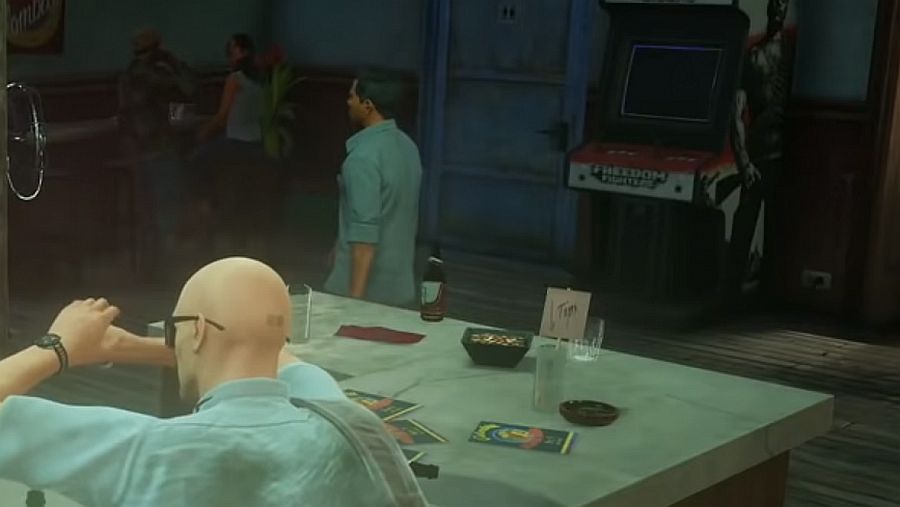 Considering the studio is currently busy with Hitman 2, a new Freedom Fighters entry is likely quite a ways off. If it is ever revisited at all.  Still, seeing the arcade cabinet in the bar is a nice nod to the studio’s past.

Hitman 2 releases November 13 for PC, PlayStation 4, and Xbox One.

The game will also feature the standalone experience Sniper Assassin mode. This co-op feature allows players to work together online. It can also be played in single-player mode as Agent 47.