The details of Resident Evil 2 remake’s Deluxe Edition have been revealed and it’s a must-buy for Capcom fans.

The Resident Evil 2 Deluxe Edition for North America has been unveiled, and it includes a reversible cover, as well as a DLC pack with five costumes, a weapon, and the original game’s soundtrack.

Shared over on the game’s official Twitter account, one of Claire’s alternate outfits pays homage to her first incarnation as motorcycle racer Elza Walker, who was the main female protagonist of Resident Evil 1.5, before she was developed into Claire Redfield. 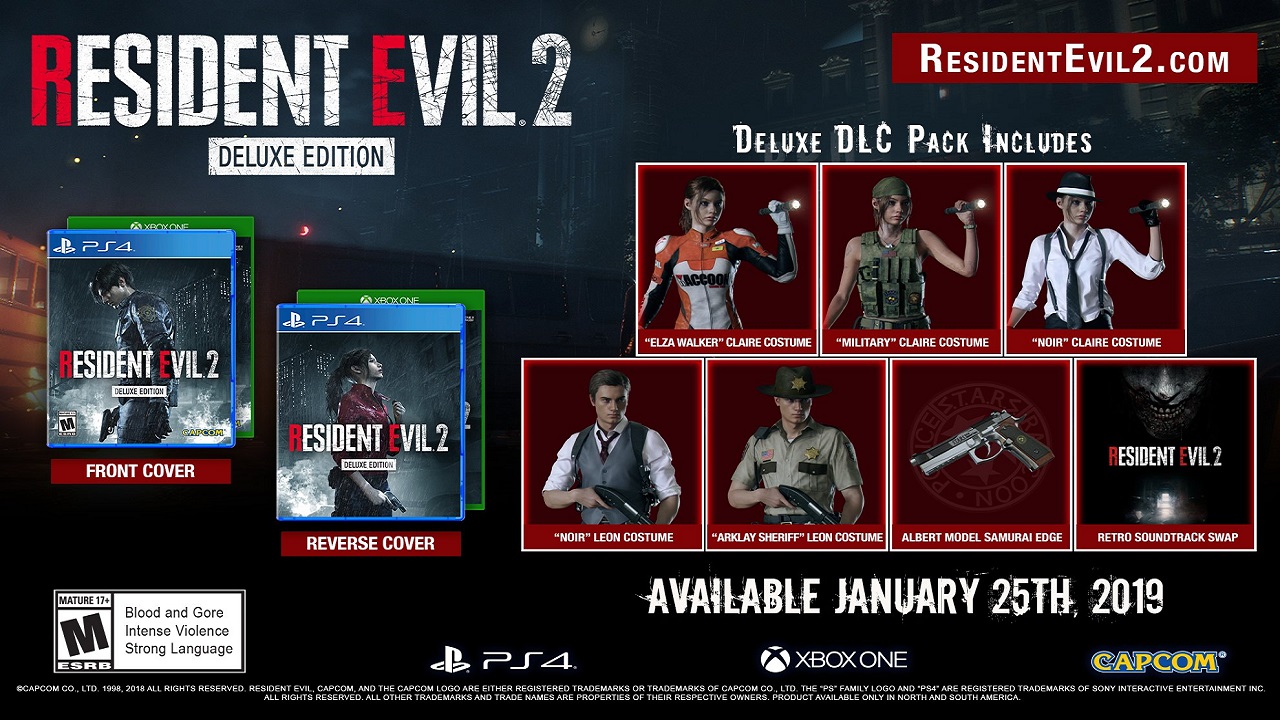 The Deluxe Edition will only set you back an extra $10 compared to the Standard Edition, and here’s what it includes:

The Deluxe Edition joins the Collector’s Edition that was revealed earlier this summer.