Space games have always been popular, right back to when you had a single vertical joystick to thrash around whilst playing Star Wars: Tie Fighter.
War is often the overriding theme in space games, though newer titles offer more diplomatic or explorative ventures.

Hardly the final frontier, space games allow us to broaden our minds to what it means to be an alien, shaping how we’d embraced extra-terrestrial life should it pay us a visit (I’m looking at you, Garrus).

So, let’s take a look at the best space games available for PC and consoles since we’re an inclusive bunch. This list isn’t in any particular order; think of it as more of a celebration of all things spacefaring.

The best space games ever 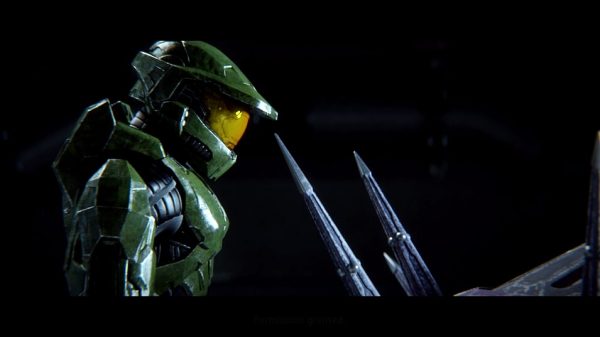 We’ll start off with an obvious favourite. I’ve chosen the anniversary edition over the original game because High Charity looks incredible with the new cutscenes that came with the Master Chief Collection for Xbox One.

Halo 2 is one of the best examples of a stepping stone game done right. It ties up the majority of loose ends from Halo: CE, though it never does properly explain how Johnson survives the Halo ring explosion at the end. It also introduces veteran voice actor Keith David as the Arbiter, an Elite who just so happens to think the demon, this Master Chief, might not be the villain here after all.

I personally enjoyed cutting about as the Arbiter for some of it, though it’s a choice that still polarises Halo fans. It also has a very obvious and predictable ending but one that undeniably sets up the third game very well, so don’t @ me. 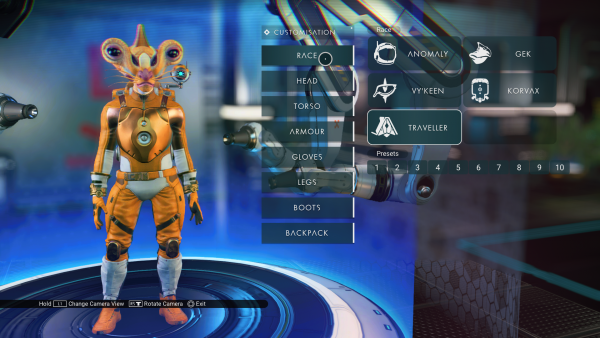 No Man’s Sky crash landed into our lives back in 2016 and was initially rejected due to it absolutely not being the game that was promised. Fast forward to 2018 and the addition of the NEXT patch and Hello Games has something it can be very proud of.

There is so much freedom in NMS to do and be whatever and whomever you want. You can be a non-violent, friendly explorer who likes to scan and rename all the animals they find (me) or a space warlord that commandeers frigates, kills anything with a pulse and pisses off the locals.

NMS offers excellent solo and multiplayer options, so you can explore and build at your own pace or join the larger community with your friends, enjoying the epic procedurally generated landscapes and soothing soundtrack. 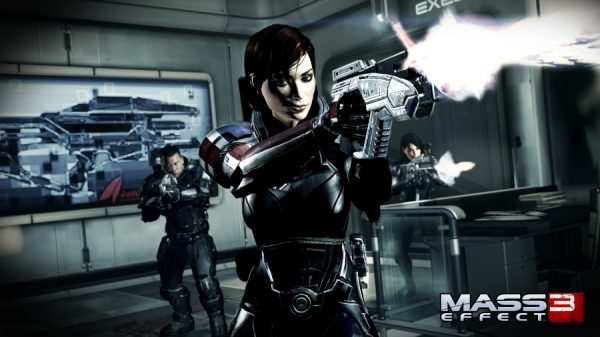 Listen, I know a lot of you didn’t like the ending – I don’t care. Mass Effect 2, much like Halo 2, was the perfect middle game to set up the finale of one my favourite stories of all time. Yes, ME2 finally gave us the opportunity to romance Tali or Garrus, but in ME3 there was even more awkward romance that blossoms into true love as our heroes face the end times with the general acceptance that Shepard probably isn’t going to survive.

Jennifer Hale lends her incredible talents to voice FemShep, bringing real depth to the universe’s favourite Commander. I always find it quite difficult to do a Renegade playthrough, unless I’m punching reporters in the face or hanging up on the council.

Plus, ME3 has the incredible Citadel DLC which features some of the best combat and one-liners of the trilogy. As the song goes: you can fight like Krogan, run like a leopard but you’ll never be better than Commander Shepard. 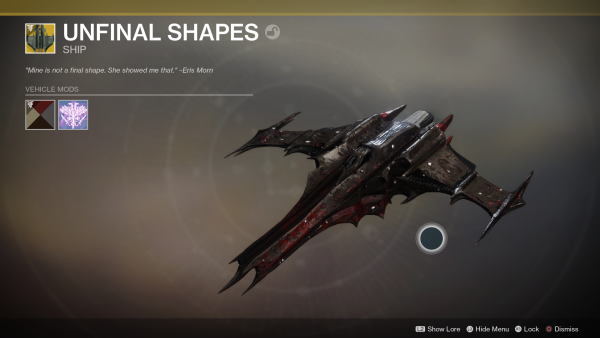 I’ve deliberately chosen Forsaken over the Destiny 2 base game as I feel its newest DLC really rejuvenated the franchise. Bungie is finally doing what it promised – continuous updates, changes to endgame content and actually fixing its game.

Forsaken signals Bungie is ready to usher in a new era in endgame content and what it means to have a DLC pass. Games like Fortnite have weekly rolling updates, map changes and additions, and there’s no reason a big budget game like Destiny can’t successfully do the same.

Despite the wholly unnecessary death of Cayde-6, Forsaken has an engaging story, challenging combat and a few laughs along the way even though, as I said, Cayde-6 is dead and there’s no more Nathan Fillion. The Dreaming City is a fluid and evolving place, filled with mysteries, dungeons and even space cats. What’s not to like? 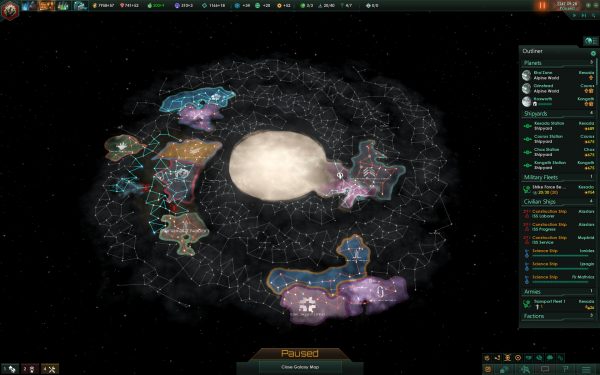 Strategy games are a personal favourite of mine, with Paradox Interactive’s Stellaris being high on the list. You can choose your race, your political standing, whether you want to ascend your citizens into becoming synthetic beings, force your enemies into serfdom or even build a Ringworld to live out your Halo fanboy dreams.

It can be a little tricky to get familiar with but once you understand its core concepts you’ll be discovering new space mysteries left, right and centre – providing you don’t annoy some of the other races too much because then they might come and destroy your homeworld. Just saying.

XCOM 2: War of the Chosen 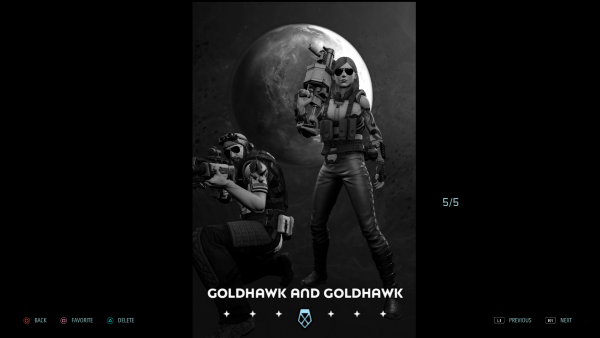 XCOM 2 was already a brilliant game and it’s my belief that War of the Chosen has made it even better. It’s a full game in its own right, though you do need the base game to be able to play it. Alongside fighting the war against Advent forces, three new Chosen enemies are introduced, plus a thrall enemy called The Lost.

The new characters and factions in the game are voiced almost entirely by the cast of Star Trek: The Next Generation which adds another level of fun to the game as I routinely shout at Worf to shut up or for Deanna Troi not to miss her next shot.

WOTC also comes with a mode that lets you create recruitment photos for XCOM forces and it is the greatest photo mode of any game. 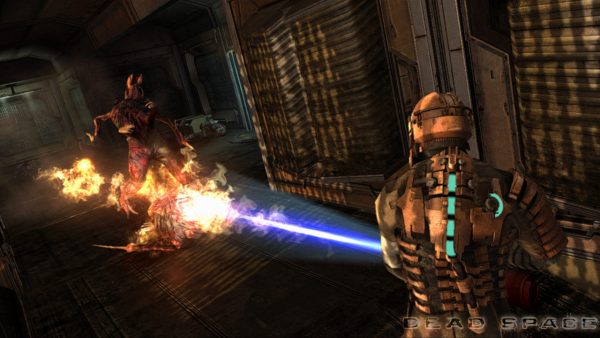 Visceral had some pretty cool ideas for Dead Space 4 and I’m gutted it isn’t likely to be produced. Dead Space had us following around systems engineer Isaac Clarke as he is forced into the role of protagonist and has to fight his way through the Ishimura all the while avoiding terrifying necromorphs, reanimations of dead colleagues and hallucinating about his dead girlfriend, Nicole.

This was one of the first horror space games I’d played since System Shock 2 and I still think about Dead Space and its creepy creatures. It was also one of the few games at the time that had any kind of survival mechanic, where Isaac would suffocate and die if you didn’t replenish his oxygen.

Knights of the Old Republic 2: The Sith Lords 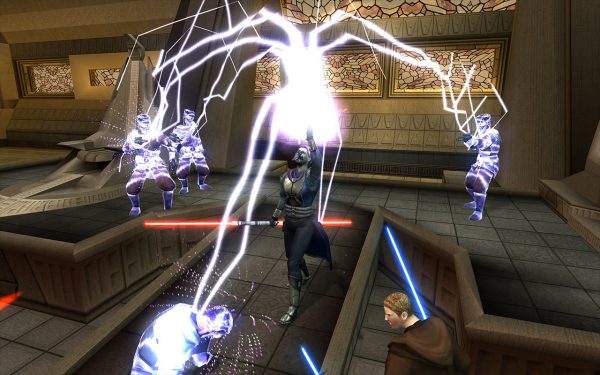 Obsidian Entertainment used Bioware’s engine to make this incredible sequel to what is arguably one of the best RPGs ever made.

KOTOR2 begins roughly five years after the end of KOTOR 1. It’s set during the Dark Wars and the choices you made in KOTOR influence the story you’ll experience in KOTOR 2, namely whether you choose to go to the Dark side or not. The Sith have almost destroyed the Jedi Order and you play as a Jedi Knight who was banished Order after she went to fight in the Mandalorian Wars. You then set off to round up your Jedi pals and thwart the Sith threat.

If you have enjoyed a Star Wars game on any platform, you should definitely check out KOTOR 2 and its predecessor. 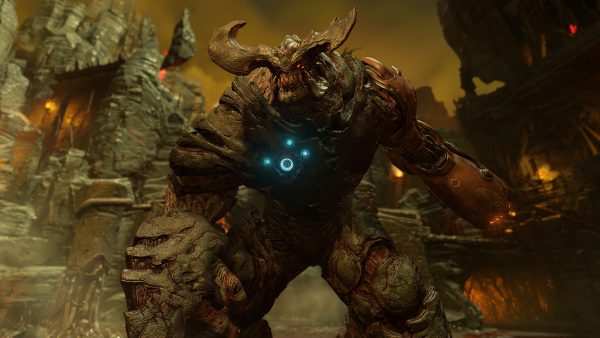 Doom was a classic FPS that has had a hearty remake that somehow made it even more terrifying and fast-paced than the original.

The Doom Slayer, or Doomguy, awakens to find he is chained to a sarcophagus in a UAC facility on Mars. After breaking free and finding his Praetor Suit, he discovers that a portal to Hell has been opened, resulting in a demon invasion that you must double jump and blast your way through to eventually end up in the depths of Hell, fighting for your survival and to save the world.

It’s an incredibly bloody and gory game, so if you don’t like heavy metal, rapid movement or Hell, there’s the door. 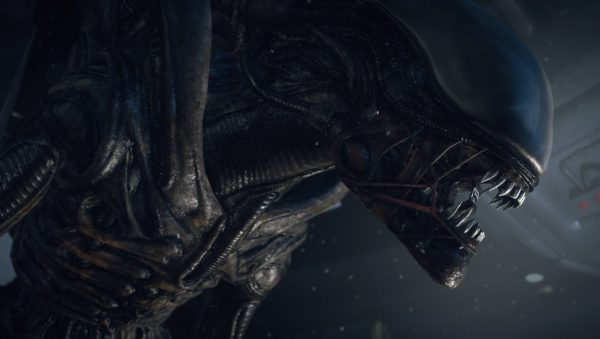 Speaking of Hell, Alien Isolation was a fresh type of Hell to experience. Hiding from a Xenomorph under tables isn’t quite what I had in mind for a fun afternoon of games, but the suspense and adrenaline Alien Isolation manages to create is palpable.

Amanda Ripley is investigating the disappearance of her mum, Ellen Ripley, and you’ll need to use stealth and clever tactics to outsmart one very persistent beast.

The teams at Sega and Creative Assembly managed to capture the essence of the original film with this truly terrifying game. If like me, you’re very jumpy and scare easily, I’d avoid this game at all costs as it really is the stuff of nightmare, though it is absolutely brilliant. 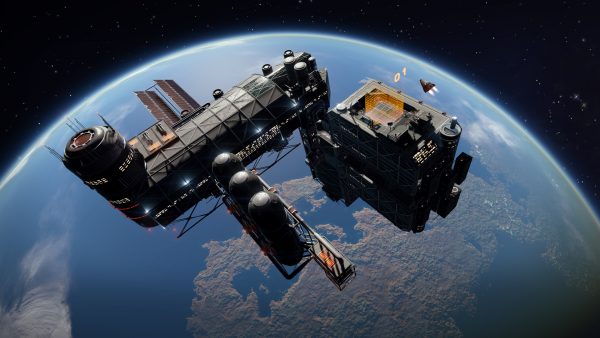 Elite Dangerous is a unique experience set in a version of The Milky Way that truly represents how gargantuan it is in size. There are black holes, giant suns, a multitude of anomalies and alien ships buzzing around, all the while cultivating a very believable setting for a wider, spacefaring community.

Much like NMS, you can choose who you want to be: a vicious mercenary, perhaps, or a humble trader. The Elite community has churned out a tonne of mods for the game, allowing you to personalise your journey even further.

Playing Elite Dangerous is a massive time sink and it’s easy to become perhaps a little over-invested in your Elite life online. Speaking over over-investment… 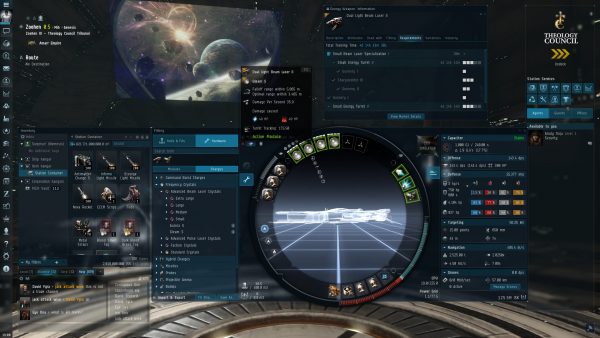 EVE Online feels like it has been around forever and real-life battles have been fought and lost during its existence, usually of the financial kind. Over half a million players play on the same mega-server which makes for a better experience and players don’t often the same server issues as those found in more modern space games.

There’s still a huge emphasis on community playing as players join together to lay siege to other players or UI regions or infrastructure, with complicated mining, research and trade deals happening at the same time. Despite having a dedicated fanbase, there are still mysteries and secrets being unearthed regularly, particularly with espionage.

Despite being player and community focused, EVE Online is notoriously difficult to break into and to be accepted by its stalwart fanbase. Its UX has been improved in recent years, however, so it’s not quite the same Herculean effort to get started as it used to be. 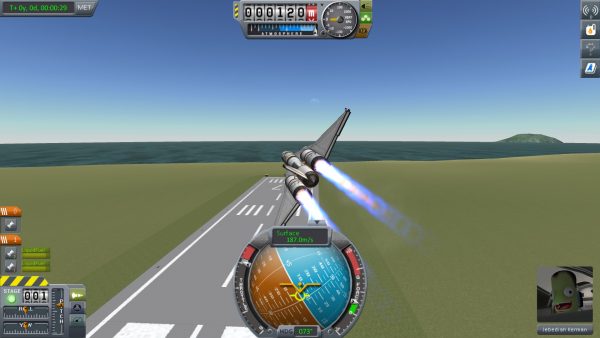 What I like most about Kerbal Space Program is that it doesn’t assume that you, the protagonist, are a master engineer, polyglot and pro-negotiator. Instead, it focuses on helping you learn how to no blow up your rocket, providing you can actually build one.

You need to fart around with components to first build a rocket, then ensure it can lift off with a payload, and then make sure it can actually travel and reach its required destination. Thankfully, the Kerbal community has produced a tonne of walkthroughs and guides to get you started and it isn’t nearly half as challenging to comprehend as, say, Crusader Kings 2 is.

There’s a lot of failure in this game, but like another franchise that thrives on mocking your death, Kerbal Space Program makes it slightly more entertaining with its cute characters and noises. There are also loads of mods available, and we all know how much the space game community loves mods. 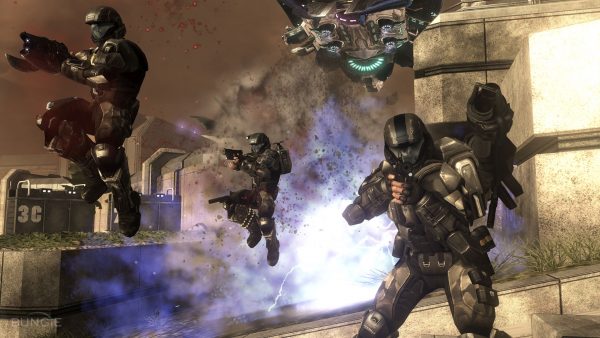 Listen, I know I’ve already mentioned a Halo game, but ODST is different. Set away from the dulcet tones of Master Chief, ODST has you play as The Rookie, one of an elite group of soldiers. It’s set during and after the events of Halo 2, where you explore the ruined city of New Mombasa to discover what happened to their missing teammates in the midst of an alien invasion.

Tricia Helfer, Nolan North and Nathan Fillion all voice characters in ODST and it is in a league of its own compared to the rest of the Halo franchise.

And that’s our list! Don’t see your favourite? Let us know and we might consider adding it.