World Wrestling Entertainment is set to return with WWE 2K19 this October, boasting a huge playable roster with over 180 wrestlers to choose from. Wrasslin’ fans of all ages will be able to choose their favourites and style their own character after them by choosing their own entrance music, actions and signature moves.

2K has revealed a bunch of new names for the roster over the last few weeks, including some legendary wrestlers, such as introducing Ted DiBiase who has so far only been available as a manager in previous games, as well as introducing classic stars like Booker T and Scott Hall; Razor Ramon was one of my favourites, so I’m personally very excited to see him in WWE 2K19. AJ Styles is also this year’s box art star and the headline act on the new roster.

Showcase Mode will be returning in WWE 2K19, this time focusing on Daniel Bryan and his feuds with The Miz. There’s also a bunch of new modes coming to WWE 2K19, such as the Million Dollar Challenge within the new Challenge mode.

Grab your chair and put on your sparkliest jacket, it’s time to look at what’s in store from WWE 2K19.

There are three versions of the game fans can pre-order:

The Deluxe Edition has:

And the Wooooo! Edition has:

Fans who buy the Wooooo! Edition will also receive a piece of Ric Flair’s robe as an exclusive item.

WWE games always have an impressive soundtrack and WWE 2K19 is no different. Here’s the track listing so far and Youtube user UpUpDownDown’s reveal video:

There are a record 189 playable characters in WWE 2K19, so let’s first break it down into where they’re all coming from:

Here’s the full roster for WWE 2K19 as revealed by 2K Games over the last few weeks. You may see the same names appear once or twice, depending if they feature in both NXT and Smackdown, for example. 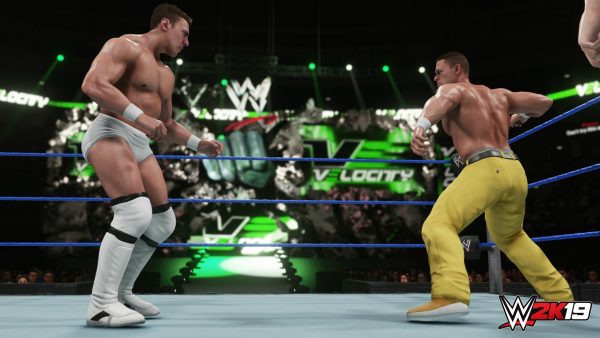 Legends, new characters and the rest

As we’ve already mentioned, Daniel Bryan will be getting his own Showcase career this year alongside the usual Universe Mode and MyCareer. We’re also getting the Million Dollar Challenge, the rules of which state that entrants will have to complete the new mode, then compete with one another for the right to face AJ Styles and potentially win the million dollar prize. That is, one million dollars in REAL money.

Players can enter this challenge through the new Towers mode. By playing as either their favourite superstar or MyPLAYER, they’ll face a variety of challenging matches in unique settings with different win conditions and stipulations. 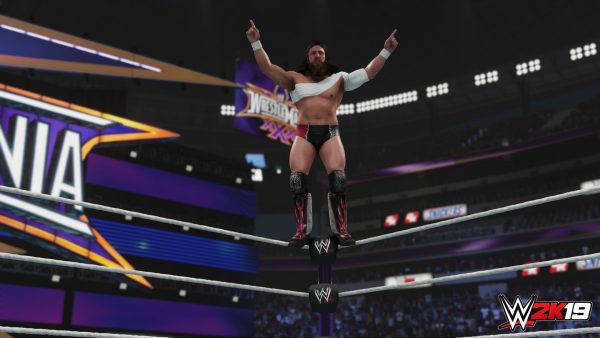 There are two types of Tower: the Gauntlet and Steps. Gauntlet has to be completed in one run, whereas as Steps, as the name suggests, can be done one match at a time. There will also different match types, such as the Steel Cage, Table, Submission and more.

“The Phenomenal One” is featured in his own high profile Tower called the AJ Styles Million Dollar Tower. The opponents in this Tower a collection of some of WWE’s finest, but they are also set at higher difficulties and your health does not regenerate in between matches. This challenge gives out the best rewards of the game, though it’s not clear what those are yet.

And that’s all we have on WWE 2K19! If you think something is missing, drop us a line. We’ll update this page with more information as and when we have it.