Be afraid, trainers – Deoxys has arrived in Pokemon Go. This is one of the ultimate generation 3 Pokemon, and it’s going to make its first appearance as a high-end EX Raid boss.

Deoxys is best described as a sort of glass cannon Pokemon – it’s extremely powerful with attacks thanks to stats that’ll catapult it right onto our Tier List of the Best Attackers in Pokemon Go, but it also features lower stamina which means it can’t take too much punishment – but honestly, its attacks should be so powerful that they’ll see it through.

What’s interesting, however, is how unique Deoxys is in the meta of Pokemon Go and Pokemon at large. This is a mythical Pokemon with twist: Deoxys has four unique forms (or formes in the official Pokemon vernacular). All the Deoxys forms are psychic-type, but they have wildly different stats. Let’s talk about how Deoxys works before we get into anything else… 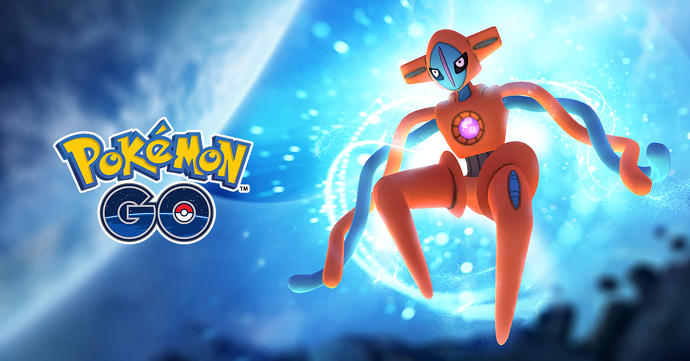 As noted above, there are four Deoxys Forms in Pokemon Go – just as in the traditional Pokemon games as when it was first introduced in generation 3. These break into four categories: Normal (balanced), Attack (heavy-hitter), Defense (tank) and Speed (run and gun). Deoxys is genderless, so rather then gender you just have to worry about the forms. Shiny Deoxys do exist, however.

As you can see, the base stats vary quite a lot between the different Deoxys Forms. There’s more too it than just this, however: In Pokemon Go, the different forms of Deoxys also have slightly different move sets. Here’s the moves available to each form:

Now, we know what question is coming: which form is best? Well, the answer is probably best found in looking at which forms don’t quite work out. So – here’s our take.

Okay, so, you’ve found yourself invited to an EX Raid in Pokemon Go, with a chance to take down and then capture a Deoxys. That’s great – but now you actually need to survive the battle. And while in battle on your side Deoxys is fairly comparable with other mythical and legendary Pokemon, when you’re facing it down within a raid, it’s formidable.

Deoxys is pure psychic-type, so you’ve got three Pokemon Go Type Weaknesses to work with: Dark, Ghost and Bug. You’ll want to work with these three types of Pokemon and Move in order to take Deoxys down.

Here’s some good suggestions for Pokemon for that battle:

Once you get through the battle, good luck catching Deoxys – he’s a tough, stubborn one. Once the chance comes, remember to deploy our best practice on how to get an Excellent Throw and Curveball Throw every time – you’ll need every bit of catch bonus you can get to nab a Deoxys.