Forza Horizon 4 will arrive next week, but you can check out the reviews now.

Microsoft Studios and Playground Games are dropping the latest Forza Horizon game on October 2, and reviews have started to arrive.

Forza Horizon 4 takes place in a shared open-world Britain which accounts for both seasons and the time of day. Seasonal changes will alter the driving conditions and which pathways are accessible, allowing the world to change over time. The finished game will include 450 unlockable cars. Even the Warthog from Halo will make an appearance.

What’s more, Microsoft seems to have put a renewed focus on this game’s PC version. The Windows edition will launch with HDR support and 60 frames-per-second under the recommended requirements.

If you pre-ordered the Ultimate Edition, you’ll be able to play Forza Horizon 4 on September 28, 2018. If you’re still on the fence, check out our review where James O’Connor calls it Xbox’s best 2018 exclusive. 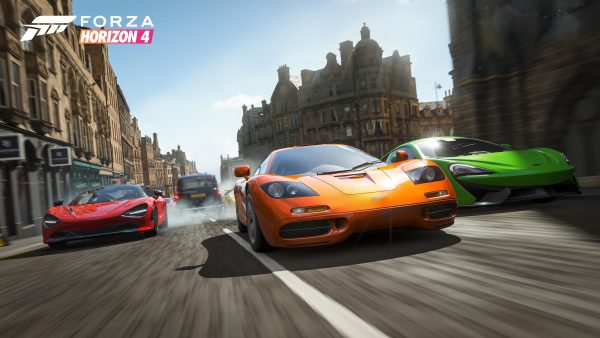 For all other reviews, see below:
(Scores are out of ten unless otherwise noted).