If the developer is thinking about introducing a new character, perhaps the map will focus on that particular hero’s moveset and movement capabilities, for example. But what happens when the map is there to serve story, and provide a new stomping ground for an already established character?

We asked Michael McInerney, senior level designer at Blizzard, just what this process was like when creating Busan, Overwatch’s new map and home of D.Va, as well as touching on Blizzard’s map design philosophy overall. 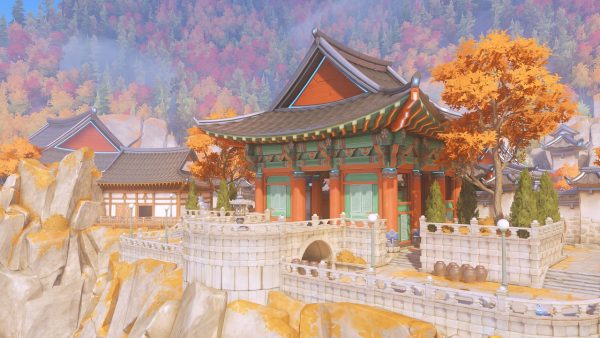 Q: How did Busan start out – what design goals did you have in mind before you touched on map theme, etc?

A: We did know the theme going in which made this very fun to design. Being a coastal area, the water plays a part in each point. The prospect of the high-tech MEKA Base was also exciting because it afforded us some interesting gameplay mechanics to play with, i.e. the blast shield walls.

Q: How and why did you settle on the Korean theme?

A: With Busan we already had the goal in mind that we wanted to have a story hook to the D.Va animated short, and that we wanted to showcase the MEKA base there. Maps come can come from a few different influences: story, gameplay need, or art inspiration. Busan definitely came from the story side.

Q: Visually, what goals did you have in mind?

A: With Busan we tried to capture the culturally historic side of the city while also trying to capture the futuristic metropolis of downtown and D.Va’s MEKA base.

Q: Obviously your roster has expanded recently – how did you design Busan to cater for these new character abilities while also keeping all the older characters in mind?

A: We always try to accommodate different hero types and incorporate opportunities for them to shine, occasionally having to tweak areas if a singular hero becomes overpowered. We are okay with not every hero dominating on every point, but that’s Overwatch at its core: adapting to the situation with your team composition.

Q: Are any characters particularly strong or weak for Busan?

A: Personally, I love playing D.Va in Busan. Her ultimate when used right can be devastating in the MEKA base, which feels appropriate! 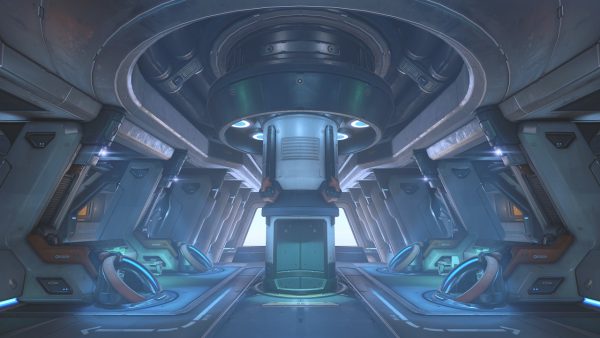 Q: Can you talk me through how you designed this map with its three stages – Sanctuary, Downtown and MEKA Base – in mind, and how the map progresses in a match?

A: We chose the three stages of Busan – Sanctuary, Downtown, and MEKA Base – because they were iconic to South Korea but also helped tell the story of one of our most popular characters, D.Va.

Sanctuary represents our homage to the culturally rich history of Busan and the real-life temples there. Downtown helped illustrate the high-tech bustle of a Korean metropolis. Finally the MEKA Base was vital because it told the backstory of D.Va and her band of MEKA pilots. All of our Control maps are symmetrical. The challenge they present is creating something that feels organic, because symmetrical spaces can feel mechanically designed.

Q: How do you expand on Overwatch’s lore with Busan?

A: Busan is home of D.Va, the MEKA squad and a major omnic crisis conflict. Each location on the maps adds lore to the background of D.Va and her teammates with contextual storytelling and easter eggs.

You’ll also get to know how the Overwatch team blows off steam in the noraebang and PC bangs in downtown. Also the memorial stone in Sanctuary is in remembrance of the people who lost their lives during the attacks by the gwishin omnics from the D.Va animated short. 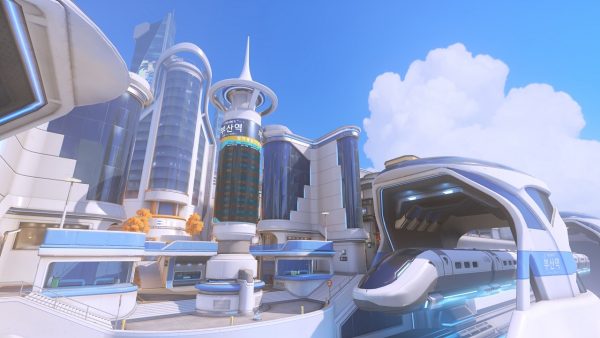 A: For every map you see released, we’ve usually gone through several iterative versions. We usually don’t get a map far into production and then scrap it. The changes are much more granular.

For example, we had some escalators that we briefly tried in City Center that were fun for some, but caused too many problems for others. That’s the type of iteration that affects almost all maps.

Q: Are you planning to do anything to the older maps to make more routes for new heroes or anything – if so, can you give me any details?

A: We are always keeping an eye out towards balance on our maps. Our Horizon rework was successful, and players were receptive to it. If the case arises in the future we are open to making changes when the impact to player’s experience is minimal.