Castlevania Requiem will bring Symphony of the Night and Rondo of Blood to the PlayStation 4 next month.

We already had the ESRB and GRAC ratings, but now Sony has provided official confirmation – Castlevania Requiem: Symphony of the Night and Rondo of Blood will soon arrive exclusively on PS4.

As the title implies, Requiem bundles together two of Konami’s most famous Castlevania games. Unlike other re-releases, this package will emulate the original versions of each game with updates for PS4 hardware. According to the PlayStation blog, this will include 4K/1080p upscaling, different rendering options, high resolution backgrounds, and Trophy support. 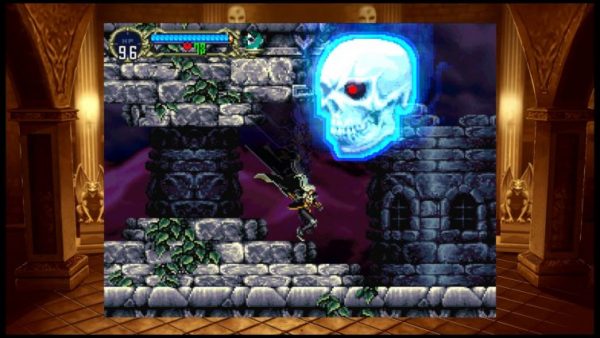 Rondo of Blood was a side-scrolling action game where you played as vampire hunter Richter Belmont, on a quest to rescue Annette from Dracula’s monsters. Its direct sequel, Symphony of the Night, follows Dracula’s son Alucard who wishes to destroy his father’s castle. Both games are among the most critically-acclaimed Castlevania games, most notably Symphony for its impressive non-linear level design.

Castlevania Requiem is available for pre-order now, and launches on October 26, 2018.