Sunless Skies will officially take us away from Fallen London to the outer black of space in early 2019.

Failbetter Games has crafted an impressive – and bleakly funny – alternate universe in Fallen London and Sunless Seas. The latest game in the series is Sunless Skies, which has been in early access following a successful Kickstarter campaign. Now the project finally nears its official release date, and will launch on January 31, 2019.

The game takes place in an alternate universe where London was dragged a mile underground in 1861, but continues to thrive as an imperial center. By the time of Sunless Skies – the early 20th Century – the British Empire is now capable of steam-powered spaceflight. Unfortunately, outer space can still be as dangerous as the uncivilized sea around Fallen London.

You play as a captain ekeing out a living far from Earth, and can decide whether to support England or a rebellious working class. Of course, survival itself will be difficult enough as you manage both resources and your crew. If you die – which is likely – you can leave resources for a new character who can continue the game where you left off. continue to explore the game world you’d left behind. 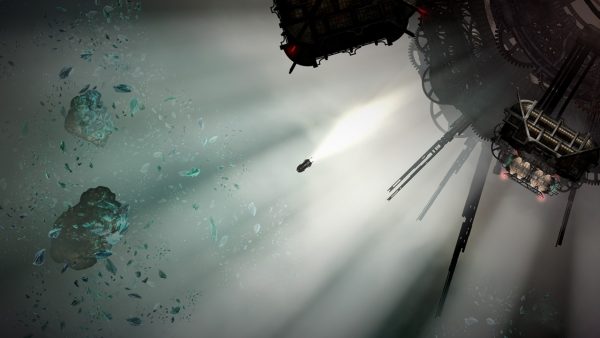 As a bonus, Failbetter is also releasing a free pen-and-paper RPG to accompany Sunless Skies. Dubbed Skyfarer, this game lets you create a ship’s crew whose captain has been killed, leaving them in command. It’s not likely to work out for them either. Skyfarer can be downloaded for free at tabletopgaming.co.uk

Sunless Skies is available in early access from Steam until January 31, at which point the full game will unlock.