Red Dead Redemption 2 will be included in three PlayStation 4 bundles, alongside standard and Pro edition consoles.

Are you excited for Red Dead Redemption 2, yet somehow have neglected to purchase a console to play it on? Well, you’re in luck partner – Sony has unveiled three PS4 bundles for European customers to choose from, each containing Rockstar’s latest game.

The primary bundle – available to European and US audiences – is for a 1TB Jet Black PS4 Pro. Along with the console, the set includes a Dualshock 4 wireless controller and a Blu-Ray disc of the game. 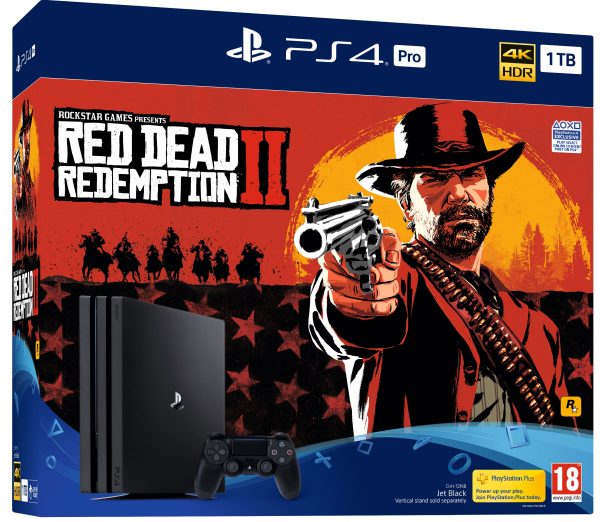 Alternatively, you can pick up one of two standard PS4 system bundles. The first is a 1TB PS4 set, while the second comes with a 500GB PS4. Just like the Pro edition, both include a Dualshock 4 controller and game disc.

Unfortunately, European prices for each bundle aren’t available just yet, despite Sony’s point that pre-orders are now available. That said, the Jet Black Pro will cost $399.99 for US customers, so set your expectations accordingly.

Don’t forget to check out our hands-on preview of Red Dead Redemption 2, along with all the other little details we know about. The game launches for PS4 and Xbox One on October 26, 2018.