The Witcher video games are masterpieces within the RPG genre.

Each game depicts complex characters, nuanced moral choices, and a richly-detailed world to get lost in. Now CD Projekt RED has partnered with R. Talsorian Games to officially bring this setting to tabletops with The Witcher Pen & Pen RPG.

If you weren’t able to grab The Witcher during its Gen Con debut, the digital copy is available for purchase now with a post-errata print run in the works. Yet even in its current state, R. Talsorian has done a remarkable job of adapting Geralt’s world to a tabletop RPG setting.

The Witcher Pen & Paper RPG is set between the events of Assassin of Kings and Wild Hunt. The Nilfgaardian Empire is invading from the south, while the Northern provinces collapse or rally to the authoritarian King Radovid. Soldiers and villagers alike are dying in large numbers, drawing monsters and ghosts to the killing grounds en masse. In other words, it’s a great time to be a monster hunting witcher. 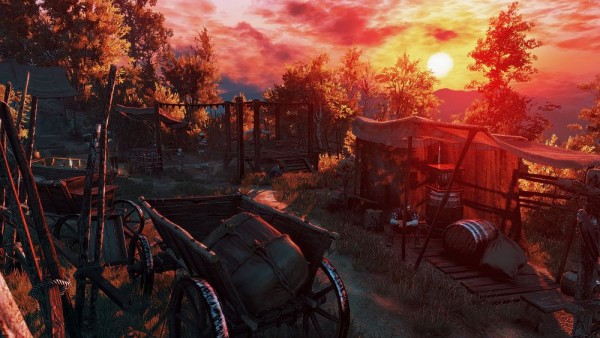 While the game’s timeline takes place during the Third Nilfgaardian War, there is more than enough information to run a campaign in other time periods. The Witcher Pen & Paper RPG provides a summary of the world from its earliest recorded history to the founding of the witcher orders, the events of the original fantasy novels, and all three games. Major regions from the known world are discussed in sufficient detail, and R. Talsorian Games includes a list of major choices from the CD Projekt series so you can tweak the world state to your liking.

“The Witcher” may be prominently displayed on the game’s cover, but you don’t have to play as a monster hunter here. A wide range of character types are available, including bards, mages, men at arms, craftsmen, and more. You can even play as a travelling merchant if you’re so inclined, buying and selling goods across the continent without caring about grand quests or political strife.

What’s more, players have many options for crafting rich backstories for their characters. The Witcher Pen & Paper RPG uses a “lifepath” system to randomly-generate a personal history. A few dice rolls determine your family background, surviving siblings, any previous (or current) lovers, and perhaps even a sworn enemy or two. Lifepaths are included for Northerners, Nilfgaardians, Elderlands elves, and Witchers, all of which can even inspire future campaign events.

Character types vary wildly in combat abilities, since The Witcher aims to simulate a specific fantasy world – not balanced fighting. It would be unwise to send your bard out alone to fight a griffin. (Then again, if they survive, they’ll have a good story to share!) By the same token, when your witcher starts busking on a street corner for extra cash, it’s just going to disappoint bystanders more than anything else. 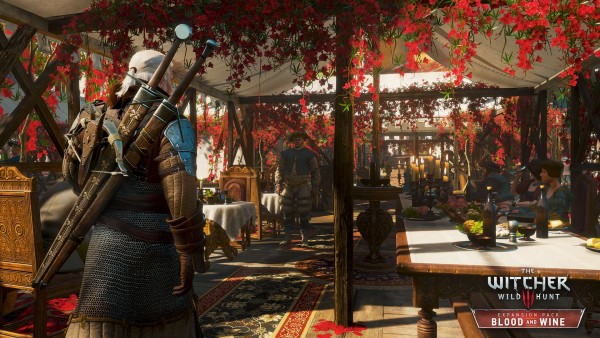 If you’re running a combat-heavy game, this creates all kinds of balance issues. Parties made up entirely of witchers or mages will breeze through most opponents, while a party without witchers will find combat to be challenging and insanely lethal. Yet by having a mix of character types, everyone in the party can embrace a different playstyle and get a chance to shine in the spotlight.

Yes, your group will hunt monsters. They’ll also take part in court intrigues, engage in skullduggery on city streets, or experience the satisfaction of crafting legendary weapons. A campaign where the party is an entourage for a witcher knight would be an ideal framework in The Witcher Pen & Paper RPG, giving everyone a unique role to play.

The main challenge is focusing your group’s character options to avoid inter-party conflict. What happens if one player is allied with the freedom-fighting Scoia’tael, while another is allied with human kings? What if one player is a sorcerer, but has to work alongside a mage hunter? The Games Master guide chapter has little advice on bringing these elements together, which means players might want to focus their backstories beforehand. Then again, part of The Witcher’s appeal is dealing with deep-seated personal conflicts – handled correctly, it might enhance the campaign.

On that note, racism and prejudice are common themes in the Witcher series, and full credit to the designers for not shying away from these realities. Humans, elves, dwarves, mages, and witchers all have rules for how NPCs view them in various regions – ranging from annoyed tolerance to outright hatred. GMs will have to decide how far to take the subject, but it’s a solid starting point for groups that are comfortable exploring these topics.

On a mechanical level, The Witcher Pen & Paper RPG does an excellent job of adapting every system from the video games. Silver swords do extra damage to monsters, while steel swords are more durable when used against humanoids. Almost every Mage spell seen or described in the books and game trilogy are represented here – including the full list of witchers signs. Levelling up is visually represented using Witcher 3’s perk trees, and all witcher potions and sword oils are presented as well. 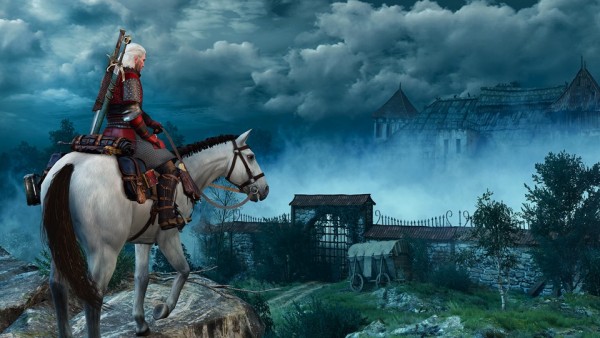 The game probably could have stopped there, but its designers have gone the extra mile with granular details. Weapons and armour wear down and must be repaired. Crafting diagrams can be collected and taken to a blacksmith for unique items. A detailed alchemy system tells you what herbs and organic materials are needed to craft potions and weapon oils. Each monster in the bestiary even includes an average bounty cost and loot drops, if you want to play in a monster hunting sandbox.

Players don’t necessarily have to use these systems – you could just hire someone in a village to do the manual labour for you. But they create a sense of depth and authenticity, and offer great opportunities who players who like to dive into the nuances of an adventuring life.

Then you have combat itself, which is incredibly deadly. The first page of the combat chapter directly warns players to avoid fighting enemy groups wherever possible. Even a party of experienced witchers will discover that fighting multiple fiends at once is crushingly difficult.

Just like the video games, The Witcher rewards players who prepare for a fight. You can do intelligence rolls to recall details about a particular beast, or hunt down research materials from witcher keeps. Each monster has specific weaknesses – usually in the form of a particular sword oil – which makes the chances of success far more likely.

While the tone of battle preparation has been well-adapted, the hard part is juggling all the calculations the video games did for you. There are many overlapping, number-crunching systems at play during every combat roll. You must consider armor protection, armor damage, poison effects, potion boosts, silver damage against monsters, cover penetration, and more. 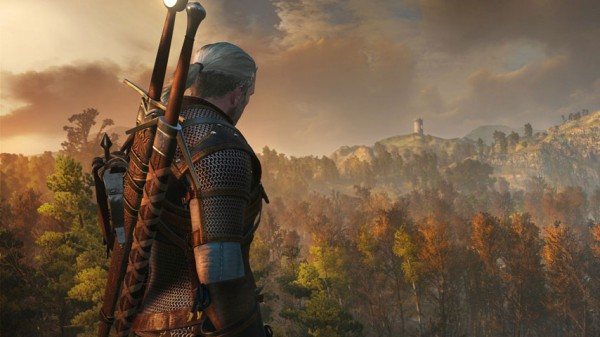 On the other hand, most combat tends to be so lethal and fast-paced that you won’t spend long in each fight anyway. And if you survive, healing for non-Witchers is a lengthy process, so you probably won’t rush into frequent battles. But it remains an overwhelming level of detail to account for, even for a veteran tabletop player.

The Witcher does a remarkable job of adapting the tone and mechanical depth of the video games to a tabletop RPG system. It offers a level of complexity that will likely confound first-time tabletop players, but if you have a veteran GM who’s good with pacing, there’s a great deal of potential here.

If I had one major disappointment, it’s that The Witcher doesn’t quite feel like a complete game. Oh, it’s certainly a comprehensive core book, especially in terms of mechanics and game systems. Yet it also feels like R. Talsorian Games is saving content for future supplements.

Significant enemies like the Wild Hunt aren’t featured in the monsters chapter, while the Games Master tools are quite limited given the wide range of character options. By comparison, the Dragon Age RPG from Green Ronin had a complete set of resources for players and GMs alike, without relying too heavily on advanced mechanics.

Regardless, The Witcher RPG knows exactly what kind of tabletop experience it wants to adapt – one with all the difficulty and character nuance of its rich fantasy world. On that score, it is immensely successful.

Digital copies of the game are currently available from web retailers like DriveThruRPG, with a print run in the works soon.