The boxart for Halo 5: Guardians was recently updated with information you’re more likely to see on the covers of Microsoft-published games that came out on PC, but it sadly doesn’t mean anything in this instance.

Update: Following the publication of this story, Microsoft old CNET in a statement that it has no plans to release Halo 5 on PC.

Though Microsoft didn’t specifically comment on the boxart change, it sounds like it may have been an error. A similar thing happened with the game’s Xbox Store page a couple of months ago, also leading everyone to believe a PC release was happening.

It seems whoever keeps making these mistakes is extra cruel to Halo fans.

Original story: One of the Amazon listings for Halo 5 was recently given a boxart shakeup that’s hard to miss. The updated cover, spotted by Ars Technica, doesn’t change the art, only the branding, replacing ‘Only on Xbox’ with ‘Xbox Console Exclusive.’

This is a significant deal, because it indicates that a PC version may be on its way. Microsoft-published games released following the launch of the Xbox Play Anywhere program all have the same phrase. The same can be seen on boxes of recent releases like Sea of Thieves, State of Decay 2 and even indies like Ori and the Blind Forest.

This branding was devised to more clearly indicate that these games are only available on Xbox in the console space, but not entirely exclusive. Halo 5, which was never officially announced for PC, would not need to have this branding unless the game has another version on a platform other than Xbox, read: PC. 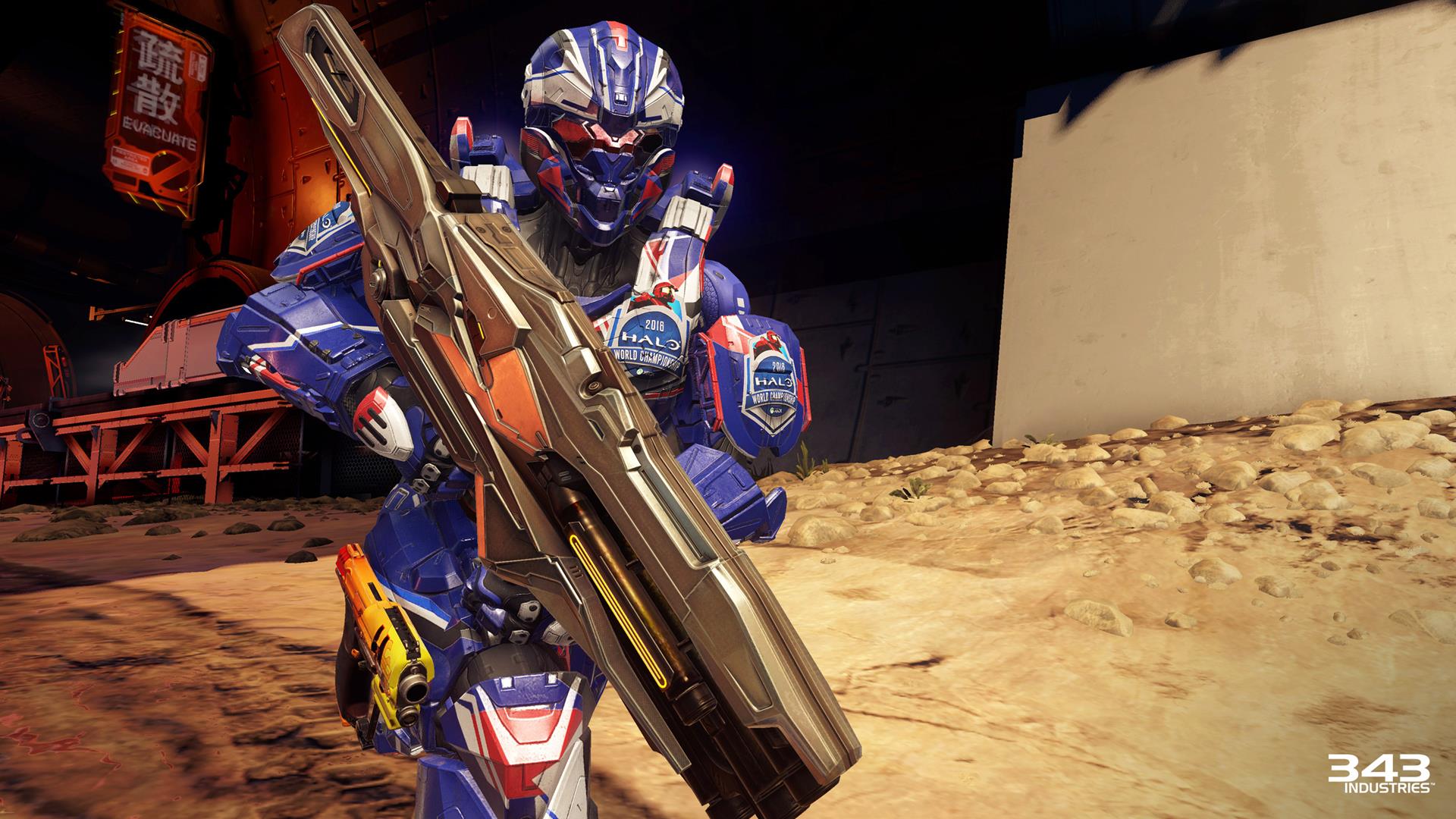 It’s worth noting that the new listing has Europe’s PEGI rating, as opposed to the ESRB’s. The original, ESRB-rated listing continues to have the old branding. This may simply be due to the fact it’s an older print, and discs going forward will feature the updated cover.

The Halo 5 Xbox Store continues to list Xbox One as the game’s only platform, though that may be updated once an announcement had been made.

Halo fans on PC have been waiting years for a proper release on their favourite platform. Though you can technically access Halo 5’s Forge map creating suite on PC, it’s a far cry from the fully-fledged game many are hoping for.

After Microsoft’s recent shutdown of popular Halo mod ElDewrito, all eyes are on the company to offer an official alternative on PC.