Fortnite mobile has been around for five months, and is raking in all kinds of cash.

There is pretty strong evidence that Fortnite is getting all of the money at this point. Part of that success is certainly due to an iOS edition that earns roughly $2 million a day.

Now a new report from Apptopia (thanks GamesIndustry.biz) has crunched some numbers to see how well the mobile version is doing overall. The answer: pretty great. In five months, the game has obtained 100 million downloads, and cleared roughly $160 million in in-app purchase revenue.

At this rate, Epic Games is expected to achieve half a billion dollars in revenue from the iOS app alone. 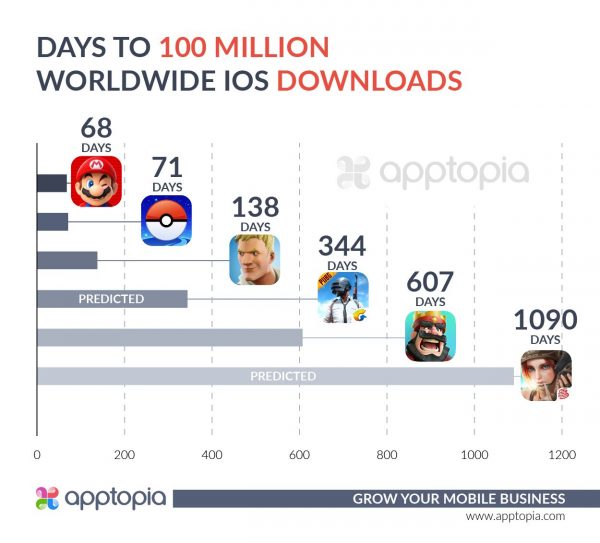 That’s not to say Fortnite mobile is the fastest downloaded free-to-play app. Apptopia notes that Super Mario Run reached 100 hundred million in 68 days, while Pokemon Go reached the same number in 71. Yet it is rapidly outpacing Battle Royale competitor PUBG, which is projected to reach 100 million downloads in 344 days.

Now consider that we’re just talking about iOS. Imagine what will happen when Fortnite arrives on Android platforms later this year.